It’s October, and that means it’s time to watch those scary horror flicks, grab a costume to scare or adore your neighbors, and eat lots of candy. While you might be in horror overload with all the Halloween themed stores and pumpkin spice lattes on every corner, perhaps all you need is a good dose of frighteningly adorable video games to get you back in the spirit of the season. Just in time for Halloween, here are 13 horrifyingly cute video games for you to play between now and All Hallows’ Eve. 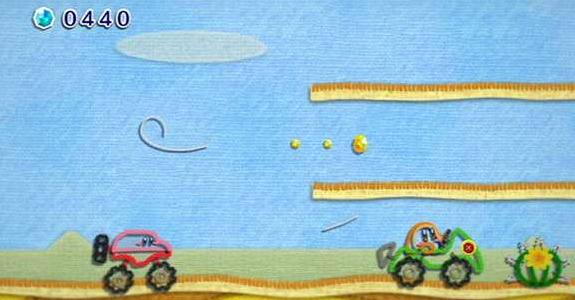 The entire Kirby series could easily be here, but Kirby’s Epic Yarn represents the cuteness all by itself. As if the pink puffball wasn’t cute enough with his chubby, cloud body, Nintendo turned up the charm by creating a game world in which every aspect of the world is made of string. Kirby takes full advantage of his new body as well, turning into a car for faster movement, and lassoing zippers on the stage to create platforms and paths to progress forward. The cuteness factor is huge in this game, and is simply one of the best games on the Wii console. 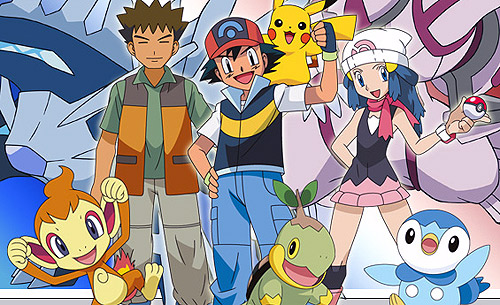 Pokefans may scoff at the newer Pokemon games for introducing hundreds of new pocket monsters to the world, but with over 600 different creatures in the newest games, there are plenty of cute new additions to oogle at. Newcomer Vanillish is a Pokemon resembling ice cream, while series stalwarts Pikachu and Jigglypuff are the epitome of “d’aww” moments in the TV series. If you have a favorite animal, chances are there is an adorable Pokemon adaptation for you to love and train in the games.

Who knew farming was so fun? The Harvest Moon series of video games can be found on nearly any console and handheld, and the unique style of farm-simulation mixed with getting to know interesting townsfolk is strangely addictive. The animals you can get on your farm, from big to small, are some of the cutest animals in all of gaming. Cows, horses, alpacas, sheep, and baby chicks make up a few of the livestock you can raise, enter into beauty pageants, and race with other citizens during annual festivals. The Harvest Moon animals are so beloved with fans there are even plush versions of them you can buy right now!

Giving more credence to the idea that anything made of yarn is instantly precious, LittleBigPlanet crawled into gamers’ hearts in 2008 when it was released for the PlayStation 3. Players control SackBoy (or SackGirl), a living knit doll as they travel through various planets, jumping, ducking, and running towards a goal not unlike the Super Mario series. LittleBigPlanet is well known for its customization options, which not only allow you to create special worlds for others to play through, but also dress up your SackPerson in a wide array of clothing and accessories. Half the fun of the game is creating a fun outfit for you SackPerson to run around with. With lots of licensed attire as well, including Marvel super heroes and movie character tie-ins, LBP is a winner all around.

The Final Fantasy series of role-playing games is known for expansive worlds, difficult dungeons, and a huge array of enemies to conquer. But when you take the series’ most beloved bipedal bird and throw him into is own game you get one of the cutest games imaginable. Final Fantasy Fables: Chocobo Tales for the Nintendo DS plays out like a storybook, literally. Chocobo has to help his friends find lost pages of a storybook while fending off black crows and other baddies that are causing a ruckus in his home. With a lighthearted story and bright visuals, Chocobo Tales is an easy recommendation for a younger gamer wanting to experience something grand. 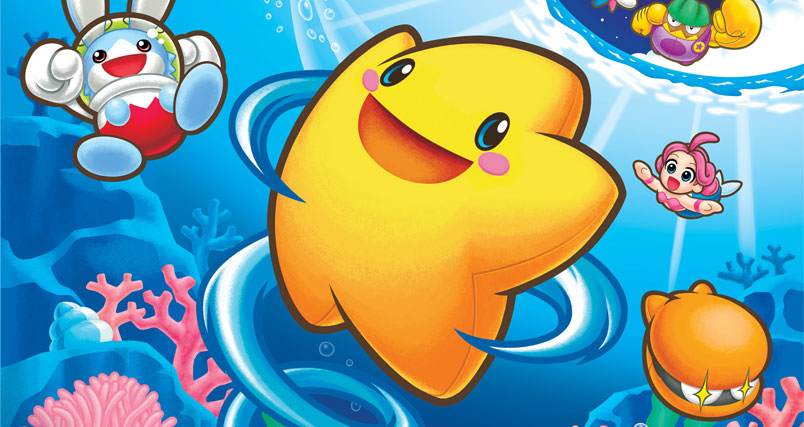 One look at this game and you’ll see why it’s on the list: everything is brightly colored, has huge eyes, and looks like a Saturday morning cartoon. The Legendary Starfy tells the tale of Starfy, a star living i nthe ocean whose world gets stirred up when a bunny rabbit from space crashes into his home. The whole story plays out like a storybook and the game play is similar to the Super Mario series. The happy demeanor of Starfy and pals makes this one of the sleeper cute games on this list. 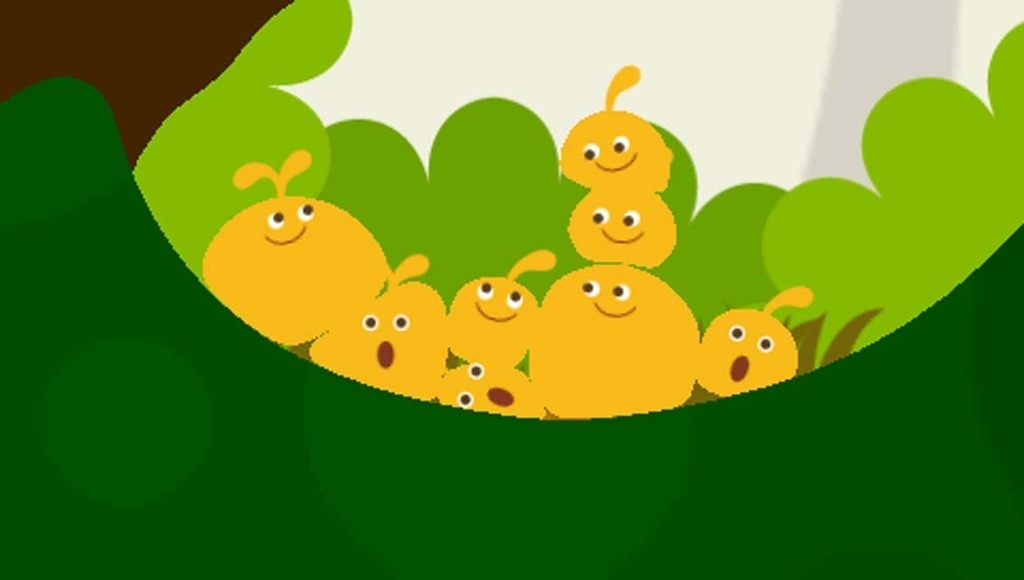 Sure, everyone likes Jell-O, but how many games let you play as the gelatinous substance? Enter LocoRoco for the PSP, a unique physics game that is nothing short of delightful. You start each level by controlling one small glob, but as you progress through each stage your small glob turns into 20 smaller pieces or one large round blob of smiling fun. Simple backgrounds and the expressive faces of the LocoRoco makes this game one of the best on the PSP. 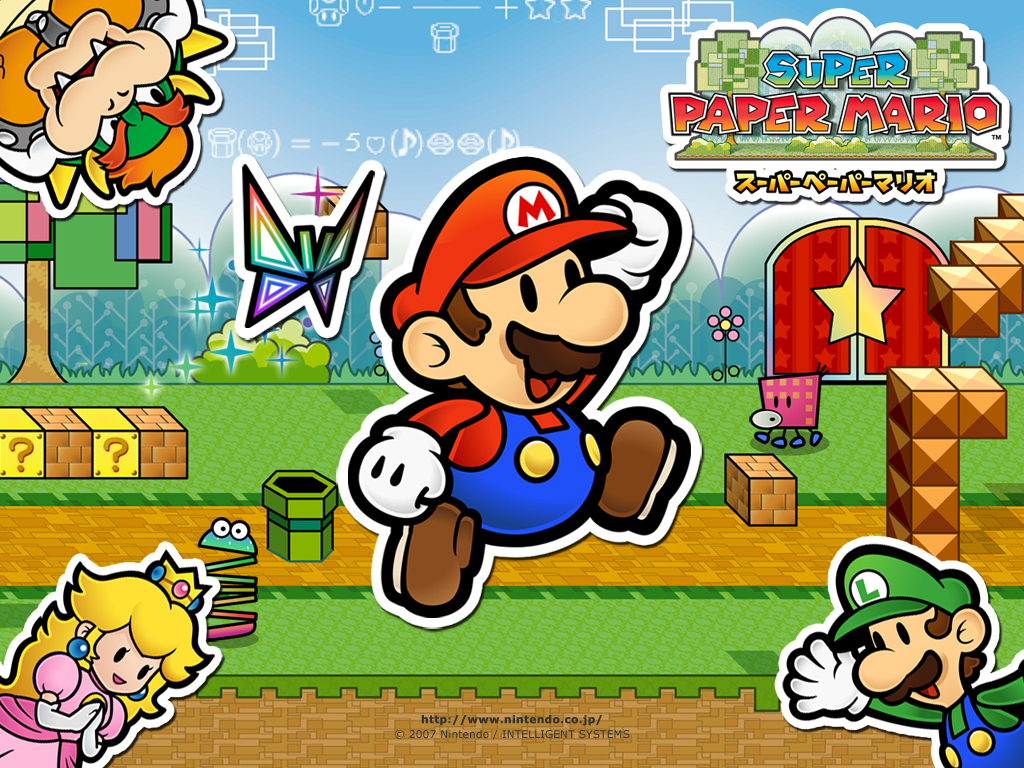 Everyone knows of the Super Mario Brothers, but no one knew how cute their world would be if it were made of paper. The first game in the series released on the Nintendo 64 way back in 2001 and has had a place in many gamers’ hearts since. Mario, Peach, Toad, and even the treacherous Bowser get the paper thin treatment in the game, which actually plays a role in gameplay. Being as thin as paper, Mario can now slip through cracks, fold up into an airplane, and get blown around by wind gusts. The newest game in the series, Paper Mario: Sticker Star, will be released for the 3DS November 11th, 2012.

Huge heads, crazy noses, and sweet snowboarding tricks make Snowboard Kids for the Nintendo 64 a hidden gem of adorableness. It’s really the art style that wins here, with colorful character designs and animations standing out in stark contrast to other more realistic games that were out at the time. Though it looks blocky by today’s standards, Snowboard Kids is a fun, stylish sports game that might be hard to find nowadays, but is definitely worth picking up. 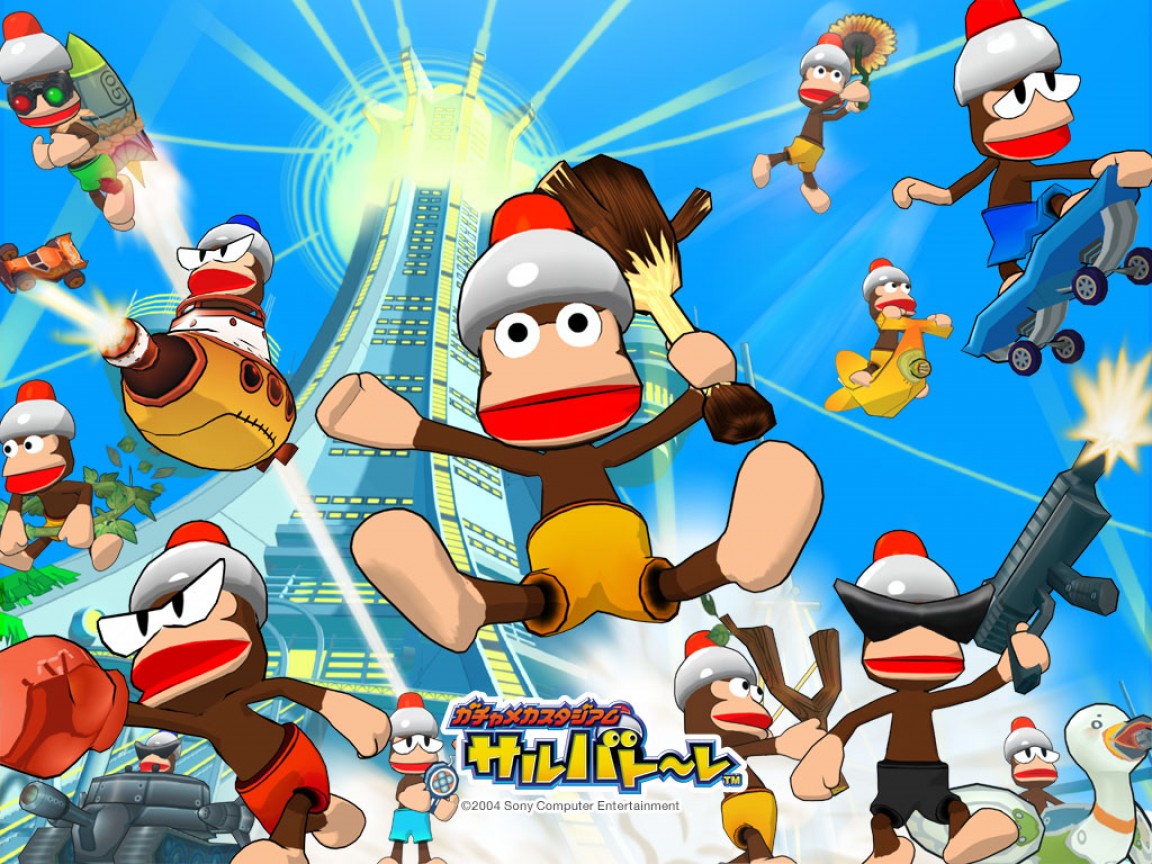 As the title implies, the apes have escaped! With dozens of primates running around creating chaos, it’s up to the player to round them all up by venturing to far corners of the world and capture them with his handy time net. The apes themselves have a humorous appearance, and each game incorporates lots of pop culture references. It’s hard to be mad at a monkey when he’s dressed up like an Egyptian Pharaoh or an escaped convict.

You don’t have to be a racing fan, a Mirco Machine collector, or even a video gamer to enjoy the simplistic pleasure of the Micro Machine video games. If you’re unfamiliar with the toys, Micro Machines themselves were tiny versions of hot rod cars. The video games take the size of the toys to heart, with fun courses to race on like the breakfast table, complete with spilled milk and cereal, a boar race through a bubble bath, and a drag race on a pool table. The novelty of the series and quality of gameplay make it a quite game that even the hardest of gamers will love. 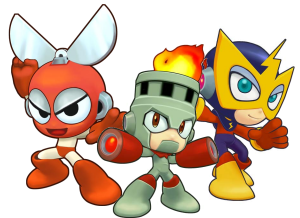 Capcom has discovered the formula for instant cuteness: give every character big heads and tiny bodies! Mega Man Powered Up for the PSP is a remake of the original Mega Man game released for the NES back in 1987 with updated graphics and gameplay. For a series that is already on the adorable side with simple animations and a charming style, Powered Up took the already delightful art style and made it 10 times cuter! Equally imaginative worlds and great use of color make this one of the best overall games on the list. 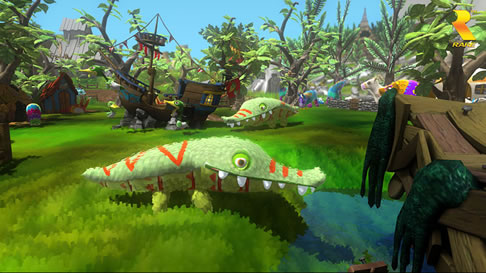 If you take a look at a lot of mobile games today on the App Store, you’ll see a lot of games where you manage a city, or pet shop, of farm. But nothing beats the sheer cuteness of managing a park full of pinatas. Viva Pinata on the Xbox 360 is one of the freshest ideas the simulation genre has seen in years, and it’s nothing more than a game where you attract and nurture your farm of animal pinatas. Simple controls, deep gameplay, and extremely smooth animation makes Viva Pinata a game for any type of player, young or old.

Hopefully these game brought some holiday cheer into your heart that is likely already full of holiday fear. Are here any games that I may have missed that have an undeniable cute factor that should be on this list? Let me know in the comments!

My Arcade Experience in California