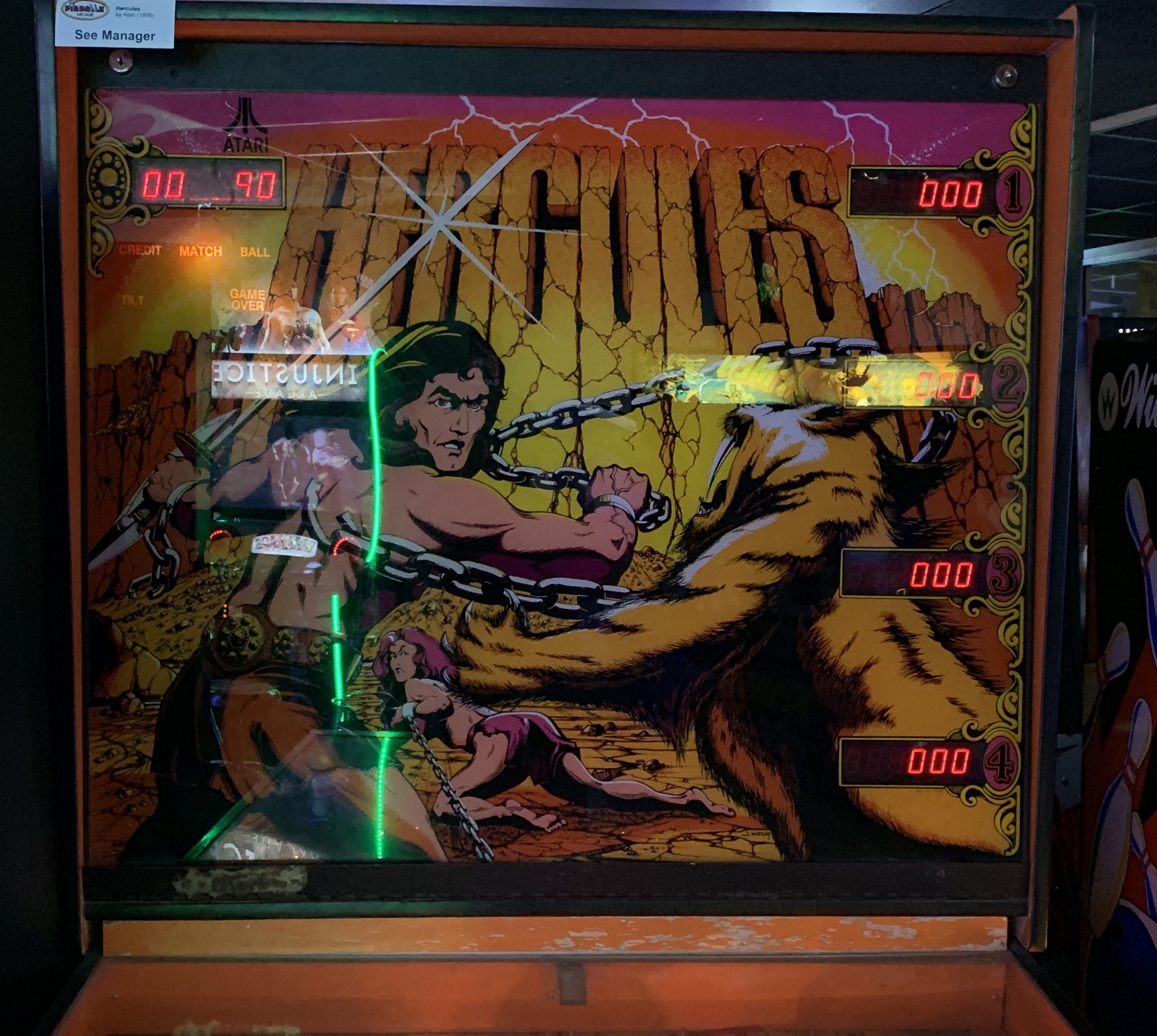 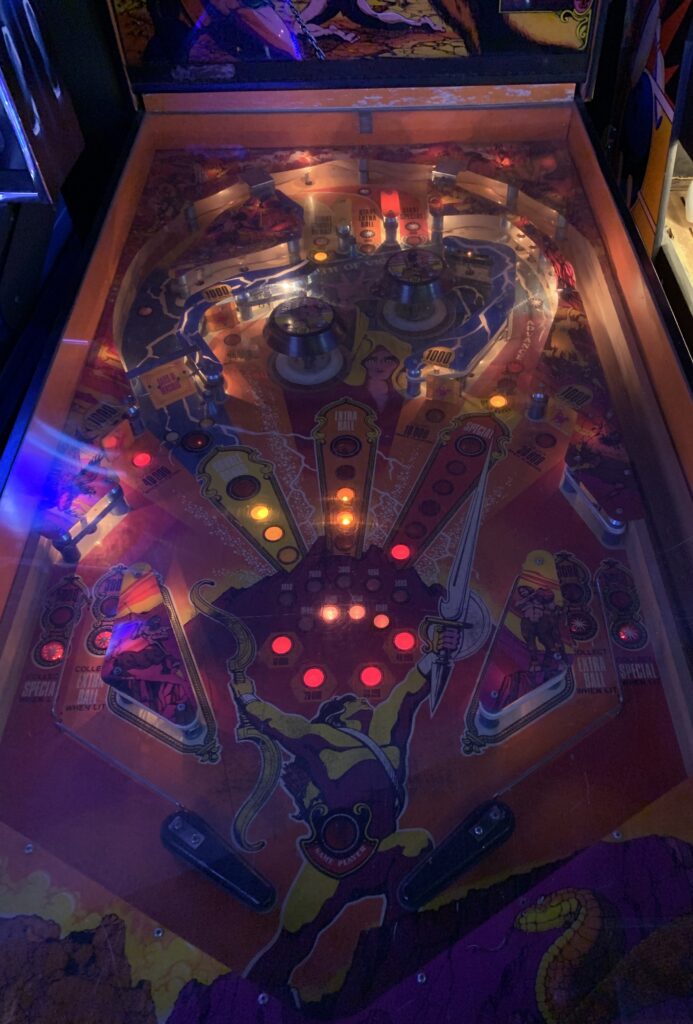 I first discovered the massive game at California Extreme some years ago. It was impressive for its size and age: without any of the thrills, lights, and sounds of more modern pinball machines, it still made its presence felt.

Sadly the action itself isn’t as gigantic. The game is relatively slow, largely thanks to the ball that is used. Rather than a normal silver ball bearing, a ball more reminiscent of a pool cue ball is used. Naturally the flippers are different as well, with large, wooden ones replacing the rubber banded plastic flippers you’d normally see. Since the game came out in the late 70s/early 80s, the tech just wasn’t there too make the game match the imagination. 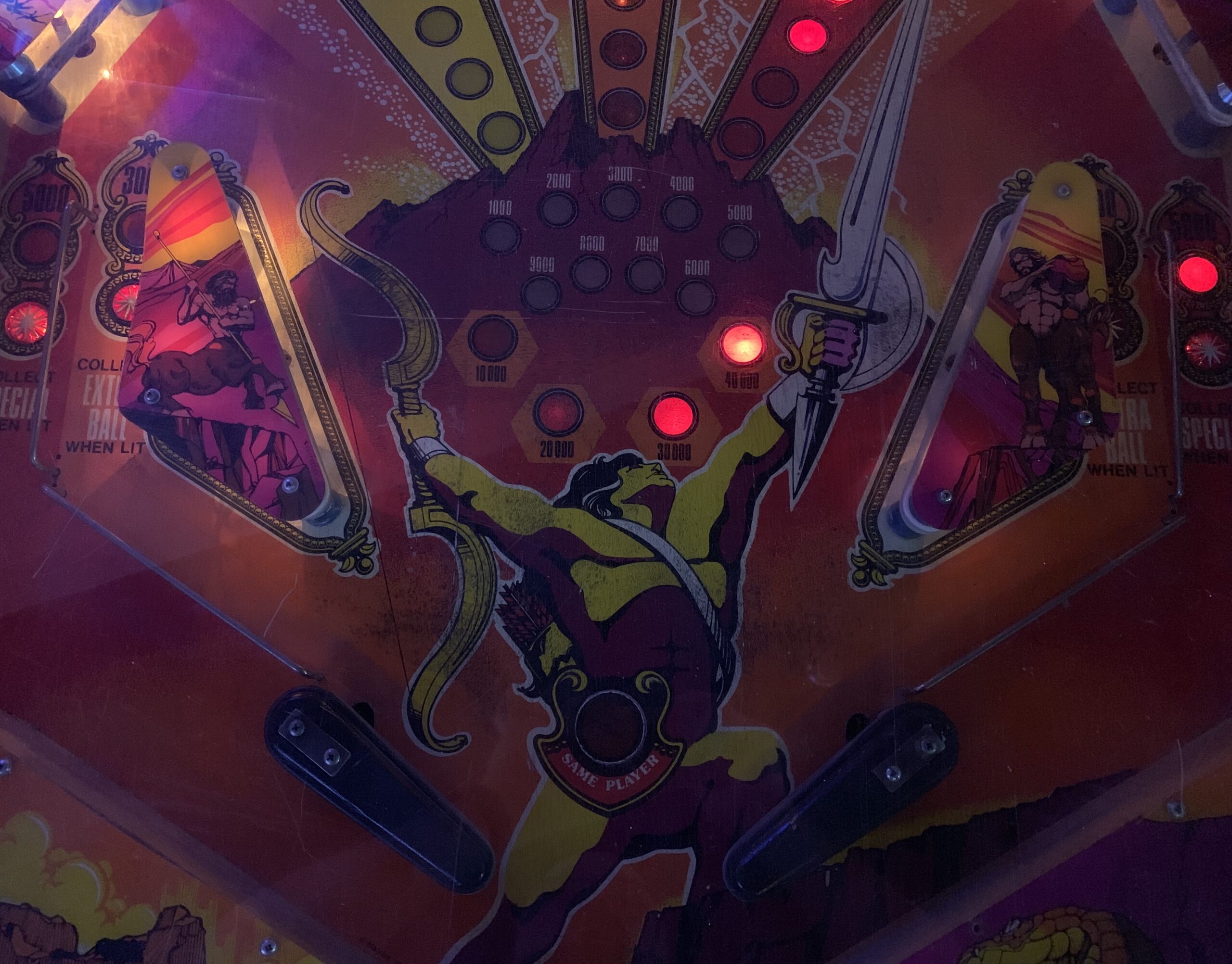 Regardless, Hercules is still a really cool highlight of the pinball world. If you ever get a chance to play one, you should do so. The games also hard to come by these days: apparently there were only a few hundreds machine built, and of those even fewer in working condition!

A World of Games: Crime Fighters

A World of Games: Captain America and the Avengers