Each year at California Extreme you can count on certain games being there. You’ll always find Pac-Man, Street Fighter II, and Black Knight Pinball. But some years there are games missing from years past. One such example is Sega’s Spider-Man: the Video Game. 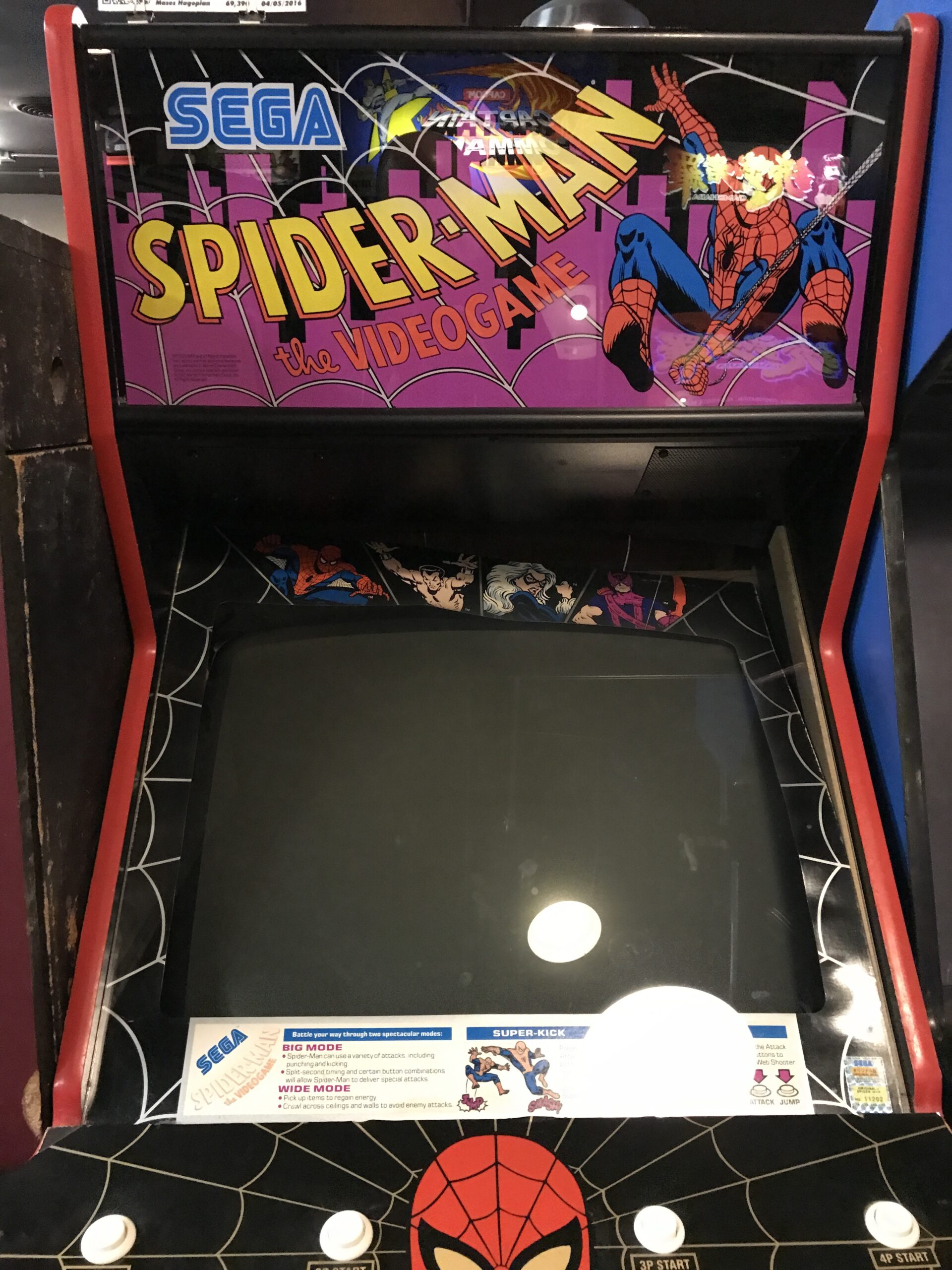 Originally released way back in 1991, Sega’s Spider-Man is a side scrolling beat ’em up for up to four players. You’ll go through levels beating up baddies as Spider-Man, Sub-Mariner, Black Cat, and Hawkeye. Though you’re dishing out damage to foes mostly in the Spider-Man universe, you’ll still run into cameos from other franchises like Fantastic Four.

The big claim to fame for the game are its sprites and levels. There’s a sort of dynamic size change in your character as you move closer and further in the play field. If you move “closer” to the screen your sprite will get larger, giving a pseudo-sense of depth of field, and vice versa. It’s a near effect, and really shows off the detailed spritework for the time. 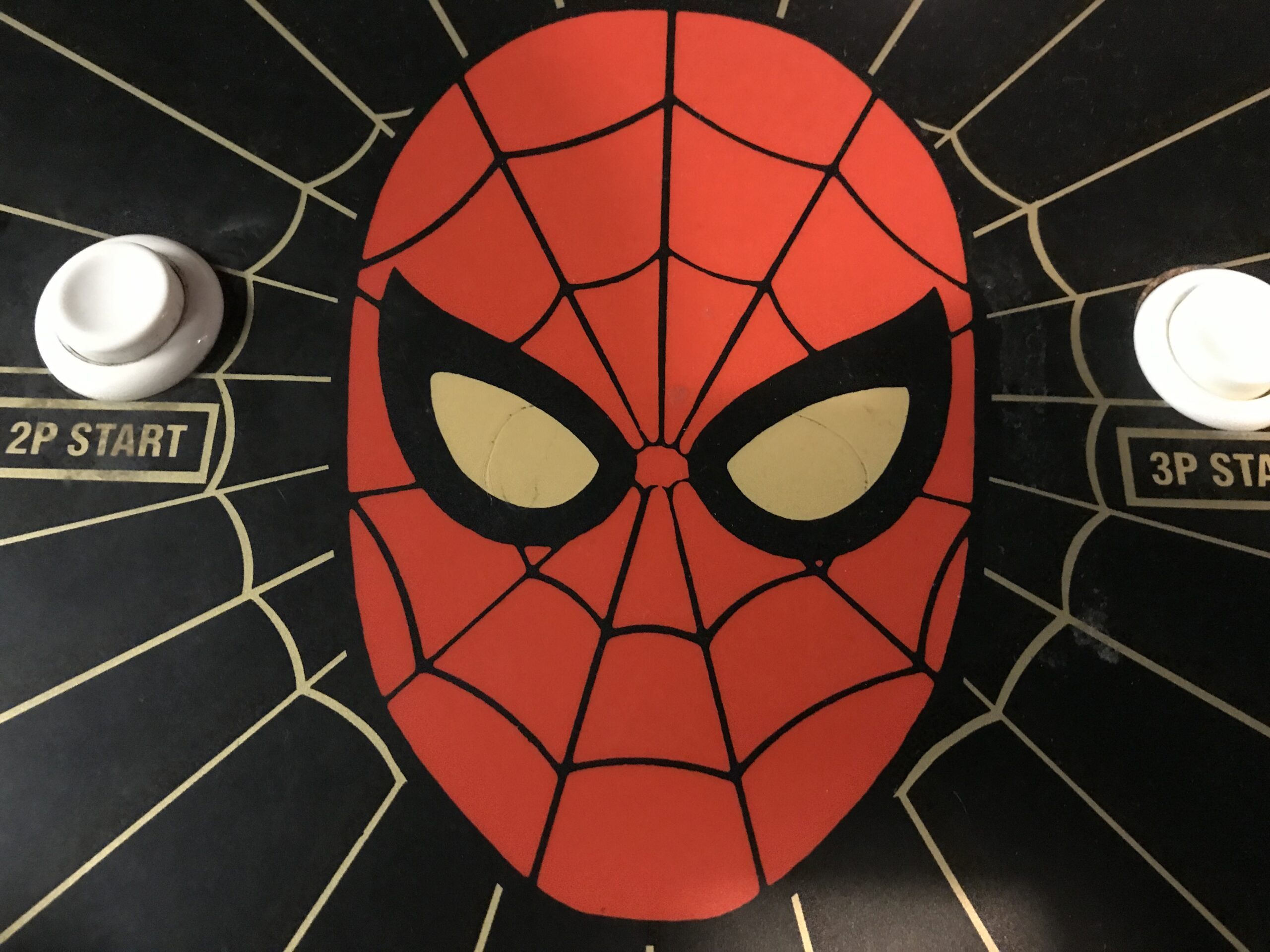 There are also a ton of levels here. Like, too many levels. Playing this game with my brother at the show I just wanted it to be over, but there were maybe 5 more stages to complete to see the end. It wouldn’t be so bad if there were some variety to gameplay, but it gets monotonous kind of quick. The game lacks a lot of action and gameplay variety that others in the genre showcase well (like Captain America and the Avengers, for example).

Sadly Spider-Man: the Video Game has yet to be ported anywhere (at least to my knowledge). That means if you want to experience this legitimately good, albeit mercilessly long, brawler, you’ll have to find an arcade cabinet supporting it. Even more sad, it was only at CA Extreme once, and even then it was frequently turned off due to issues. 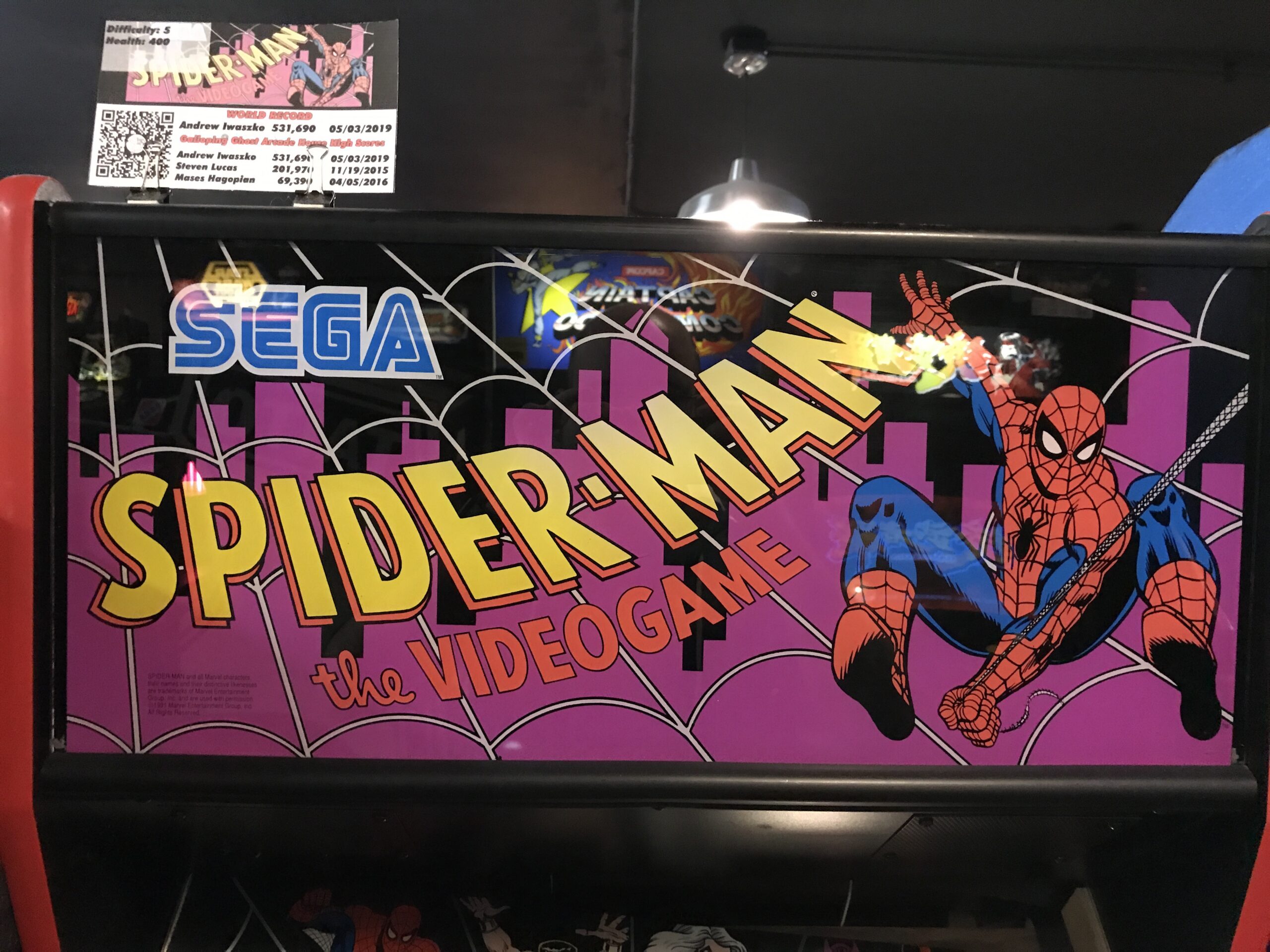 We still seek out this cabinet each year. Though we’re usually let down, we at least have a great memory around beating this game. Even if it was somewhat painful.

A World of Games: The Punisher