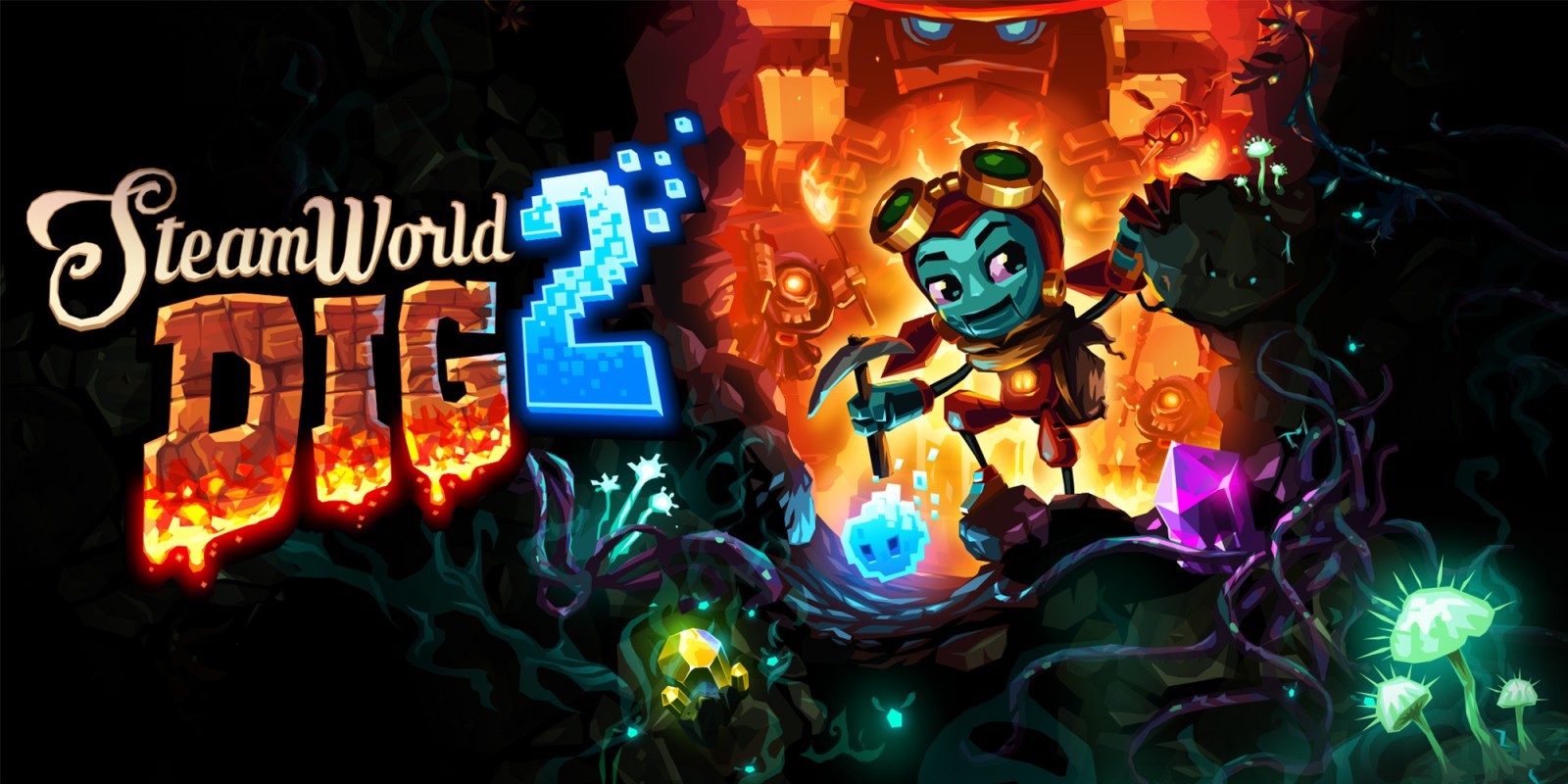 Way back in 2014 I played SteamWorld Dig on the Nintendo 3DS. I really liked it, and remembered being entranced by the game’s digging mechanic woven in to a standard Metroidvania style game. If you haven’t played it, it’s definitely worth your time.

After enjoying Rusty’s outing I was turned on to the idea of steampunk robots somehow populating the Earth and digging up the relics of the future’s past. But instead of another underground journey, the next SteamWorld game was SteamWorld Heist a little over a year later. This game took place in space, and was a turn-based strategy RPG. Pretty radically different than Dig, but damn if it wasn’t a fleshed out, entertaining romp through space! I spent an entire trip to Las Vegas beating that game (twice, actually!) and wouldn’t change a thing about that trip.

So we’ve explored the vast reaches of space and the subterranean confines of the planet as robots. I was ready for the next SteamWorld game to be totally different. Maybe a puzzle game? Or perhaps a fighter? If we’re being totally honest, I was actually really hoping for a sort of kart racer!

What did we get next, but none other than a direct sequel: SteamWorld Dig 2 in 2017. Taking place after the events of the first game and following the steps of a new protagonist, Dig 2 somehow took everything I loved about the first game, and delivered a sequel better than the first in almost every way.

SteamWorld Dig 2 is another Metroidvania exploration game with RPG elements centered around digging paths underneath a small town. Not only are you defeating enemies, leveling up, and learning new skills, but you’re also creating paths through the dirt and stone to reach new areas without inadvertently creating an unreachable pathway. If that doesn’t sound fun to you, let me tell you right now you’re wrong.

Creating new paths and efficiently navigating the unexplored ruins beneath the town takes center stage. The mechanics are executed flawlessly. When paired with the aforementioned exploration/reward system of the Metroidvania genre, you’ve really got a winner.

The steampunk aesthetic is present here too, as it is across all the SteamWorld games, and it has not lost its charm. Robot characters are pieced together from whatever shrapnel they can find, resulting in crab-like machines and handlebar-mustached mayors occupying the old western style town. It leverages the atmosphere from the first game and goes all-in with the mood and presentation. Even the twangy sounds of the music tracks fit the bill.

Improvements to the gameplay are apparent early on, as your new character, Dorothy, has a much more versatile kit while exploring depths unknown. A grappling hook is the biggest improvement, allowing upward mobility to carry you to otherwise unreachable locations. A late game jetpack creates even more avenues for exploration and ease of movement. Overall it just felt more frictionless to run about and dive deeper down.

My only complaint with the game is the endgame. There are some caves and puzzles you’ll have to come back to with the proper gear/abilities, a standard for the genre, but the reward for doing so is not worth it. Since you’ll likely have beaten the game, and there’s isn’t any new game modes to tinker around with, the challenges are only really there for your own enjoyment and nothing noteworthy or necessary in-game. Also, you can’t play as Rusty. It’s a small gripe, I know, but it would have been cool.

SteamWorld Dig 2 is an amazing game that I highly recommend. Not only does it capture what made the first game so fun, it improves upon it in almost every way. While I am all for the next game being something totally different (which it is: SteamWorld Quest is already out and it is a turn-based RPG with a card/deck building theme), I wouldn’t mind another SteamWorld Dig.

What Do You Play When You Don’t Know What To Play?