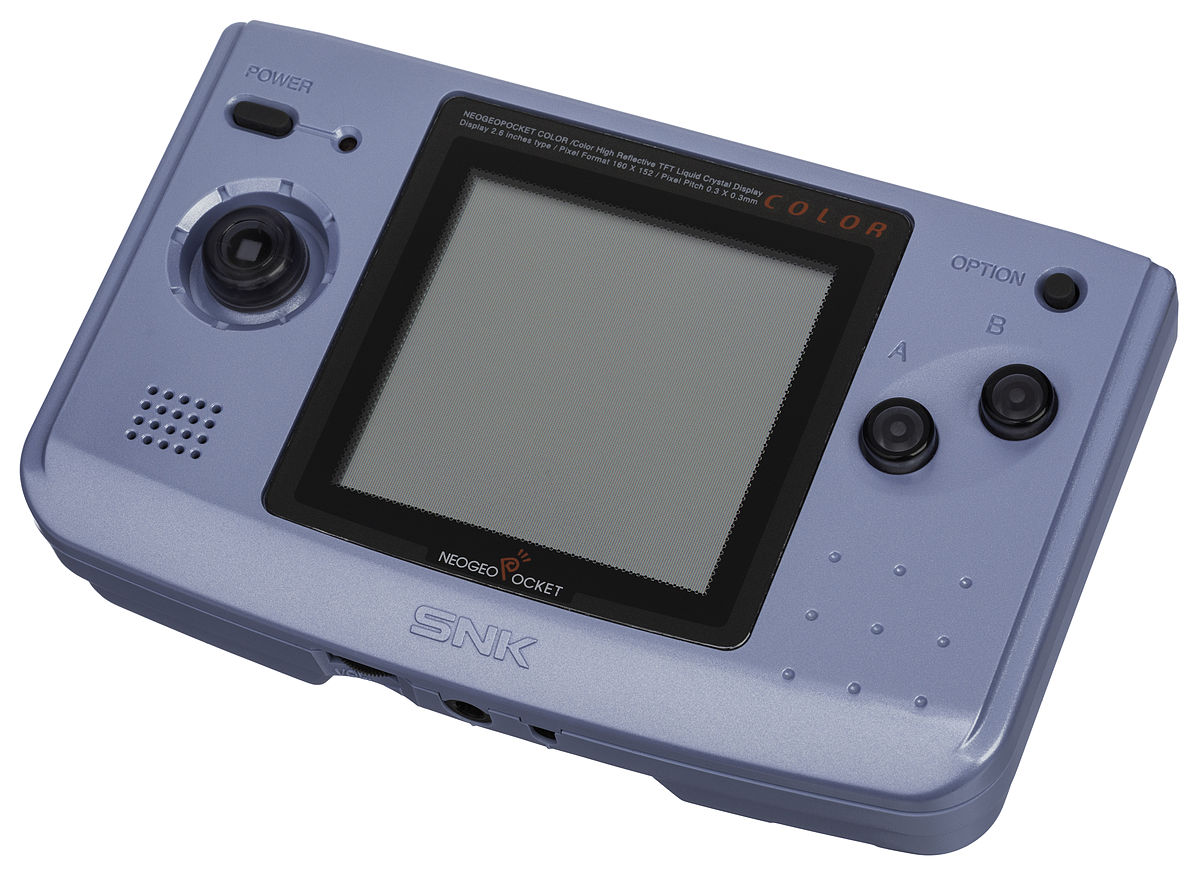 Everyone’s talking about their brand new Nintendo Switch, and here I am getting all excited for the Neo Geo Pocket Color. Granted, I was able to secure a Switch too, but hot damn, a NEO GEO POCKET COLOR! I’ve seriously been yearning for one of these retro handhelds for years, and someone on Craigslist finally let one go for a wonderful price. I picked up games for the system despite not even owning it, but now I’ve finally had a chance to sit down and play what some consider the best (at the time) handheld console out there!

The Neo Geo Pocket was released only in Japan in 1998, and was quickly discontinued in favor of the Neo Geo Pocket Color in 1999, which was also released in the US. Much like Nintendo’s own Game Boy Color, the NGPC could play non-color Neo Geo Pocket games. Also worth noting, the system had no region locking, meaning you could play Japanese games on your US-bought system, and the console itself supported multiple languages. This made it incredibly easy to import and play games in your native language, assuming the game itself was supported.

The Neo Geo brand is owned by SNK, the company most famous for creating fighting game series The Art of Fighting, Fatal Fury, Samurai Shodown, The King of Fighters, and Metal Slug to name a few. Neo Geo arcade cabinets were unique finds because they not only contained multiple games in one cabinet, but those games were often of excellent quality, and unlike anything else in the arcade. Though SNK has since fallen off the mainstream these days, back in the mid to late 90s the company was the biggest rival to fighting game juggernaut company Capcom, and the two companies even teamed up to create some stellar crossover titles (which we’ll get too). Naturally a lot of these games were brought over to the Neo Geo Pocket Color, and that’s what makes the handheld so exciting! 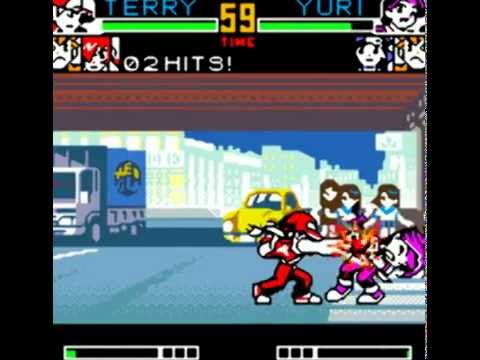 Since the system can play games from any region, collecting for it isn’t incredibly challenging assuming you don’t mind used and loose games. A few months back I picked up my first few games at a flea market for something like five dollars each, and that was for some of the better games on the system! Finding the games in the first place is the real challenge, but it’s nothing a good ol’ eBay search can’t fix if you’re really itching to jump start your collection.

While the Neo Geo Pocket Color does not have a backlit screen (meaning you’ll need to play with some form of light shining on your handheld – hello mid 90s tech), it does have something portable consoles only recently got right: a responsive analog joystick. The system’s joystick gives a satisfying click with each directional input, and the response in-game is great. Fighting games especially benefit from this functionality, and it goes a long way making the games themselves enjoyable. Outside of the joystick the system only has two buttons. Though limiting at first, many games incorporate a pressure sensitivity almost to each button. If you just tap the A button, for example, you might do a light jab in a game like King of Fighters, but if you hold down the A button you’ll throw a harder punch. It’s a nice way to work around the system’s limitations to deliver a more authentic arcade experience!

Speaking of games, I played through literally all of the ones I currently owned in one joyous, nostalgic sitting. Here are some quick impressions:

Fighting games took the cake as the coolest games I had. SNK classics like Samurai Shodown 2, Fatal Fury: First Contact, and King of Fighters R-2 had surprisingly impressive visuals for a tiny handheld, with smooth animations lifted directly from the arcade sources. Watching Terry flip off his hat at the end of the round is just as cool on a three inch screen as a 30″ one. By far the most impressive game of the bunch was SNK vs. Capcom: Match of the Millennium, the port of the tag-team crossover fighting game released in arcades and home consoles. A huge roster of SNK and Capcom favorites, easily the most refined fighting of the games I played (you could see how the developers of each fighter got better at making games for the system), and legitimate cut scenes, unique character storylines, and engaging gameplay options made me play the game multiple times before moving on. Even the soundtrack is worth noting, with versions of each characters theme song playing as they fight. This attention to detail went a long way making me appreciate what went in to this tiny cartridge. 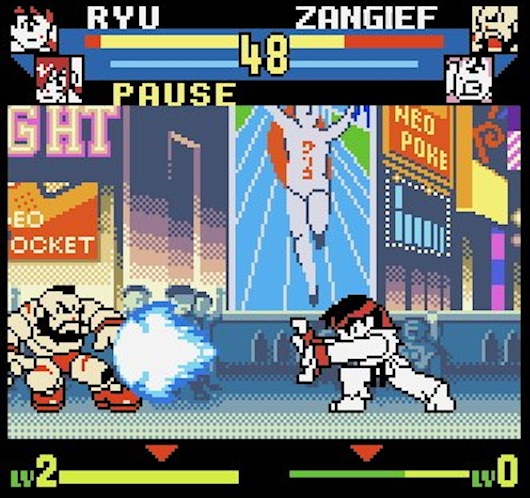 The first game I played on the console, however, was Metal Slug: Second Mission. It featured all the trimmings of a Metal Slug proper, with run-and-gun action, that announcer saying “Rawket Launcher” when you pick up said weapon, and all the charm you’d expect from a Metal Slug game, albeit on a tinier, less pretty format. I did notice the game was on the easy side however, since you could take multiple hits before dying, and, at least in the earlier stages, you found a lot of health pickups. Unfortunately I played the first game, aptly titled Metal Slug: First Mission, right after, and the quality between the first and second games is apparent from the beginning. While the second game has the art style, sound effects, and pretty much everything you’d expect from a Metal Slug, the first game lacked all these. Perhaps Metal Slug: First Mission was so early in the original Neo Geo Pocket’s life the development team didn’t know how to fully utilize the hardware. Thankfully tough that was reconciled by the sequel.

Sega had a partnership with the Neo Geo Pocket Color and released a few games for the system, most notably the system exclusive Sonic the Hedgehog Pocket Adventures. Essentially a remake of Sonic 2, Pocket Adventures had new levels heavily inspired by older games, but with new bosses. The gameplay is what you’d expect from the old Sonic games, and there is even a multiplayer mode and time trial mode if you complete the main game and want more. Personally I thought the game was a bit clunky by today’s standards and didn’t run as well as the aforementioned Sonic 2, but it was still a fantastic game that’s hard to believe is on a handheld. From 1999. And not a Sega handheld. Apparently upon release Pocket Adventures received highly positive reviews, and I can see why: it’s a port of a Sonic game on a handheld that doesn’t really sacrifice anything to compact it all on to a tiny machine. 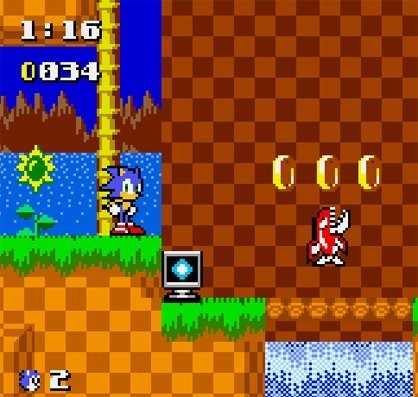 My Craigslist seller also bundled a few games with the Neo Geo Pocket Color, and besides Metal Slug: Second Mission the only game I was happy to play was Baseball Stars Color. Sport games aren’t my favorite, but the only time I’ll play them is when they’re the zany arcade style like NBA Jam and, well, Baseball Stars. Featuring super beefy characters, simple gameplay, and hilarious team names like the Magic Bananas, Baseball Stars on the NGPC is everything I’d want in a Baseball Stars game: easy to learn, and fun to play. My pitcher somehow went six innings, striking out 15 players (!) before needing to be replaced, and we ended up winning our first (and only, so far) game by, let’s just say a large margin. It was fairly easy to trick the opponents into swinging at nonsense pitches, and every now and then I’d get a few home runs when they would throw at me down the heart of the plate, but overall the experience was fun.

Sadly not all the games I played were worthwhile. Ports of Puyo Pop and Pac-Man were mediocre at best. Though not bad games, they didn’t offer anything I couldn’t experience on other platforms. While the fighting games were definitely inferior on the NGPC, at least they offered a different overall experience than their arcade brethren. And for that matter, the developers tried to make something new with these games instead of just poorly porting the game to a system that wont’ support it.

There are plenty of other games for the Neo Geo Pocket/Color I still don’t have, not the least of which being the SNK vs. Capcom Card Fighters series. I don’t know why, but I’ve always had a special place in my heart for card based games, and the one-time exclusive series is often considered one of the best. There are other fighting games I still need to get my hands on, including one of the last games released on the console The Last Blade, as well as the first Samurai Shodown and female only SNK Gals’ Fighters. A port of Sega’s RPG Evolution somehow made an appearance on the system. An exclusive game in the Ogre Battle series titled Legend of Ogre Battle Gaiden: Princess of Zenobia was released only in Japan, with an English port making its way to Europe, is likely one of the hardest to find games in this library, and one I’ll definitely keep an eye out for. With under 100 officially released games worldwide, it should be fun to try and track all of these games down! 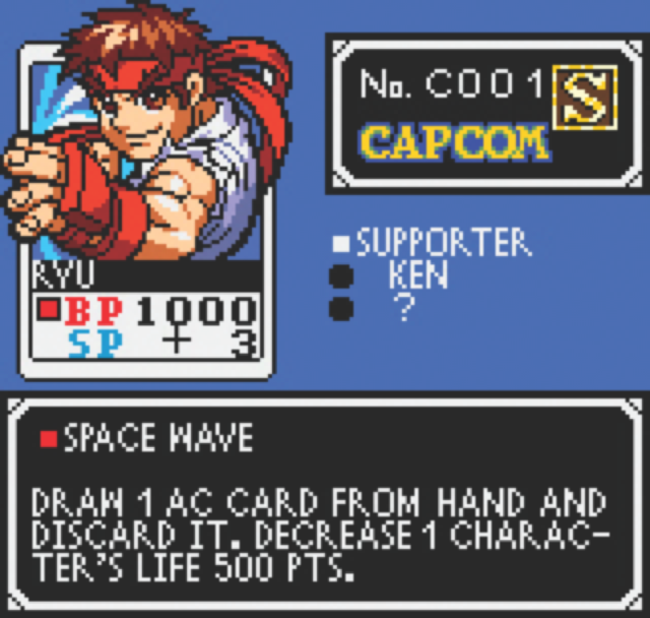 It has been years since I first started trying to track down a Neo Geo Pocket Color to call my own. Occasionally there were sellers online with decent prices I almost jumped on, and most recently I had the system itself on my Christmas list in case anyone wanted to get me a truly surprising gift, but to no avail. I’ll treat the NGPC kind of like my Sega Saturn, as a “premium” console. By that, I mean the games for it don’t come easy and they definitely won’t come cheap, so finding content to add to my library will be few and far between. But when these games do present themselves to me, they’ll be treats I’ll cherish for a long time.