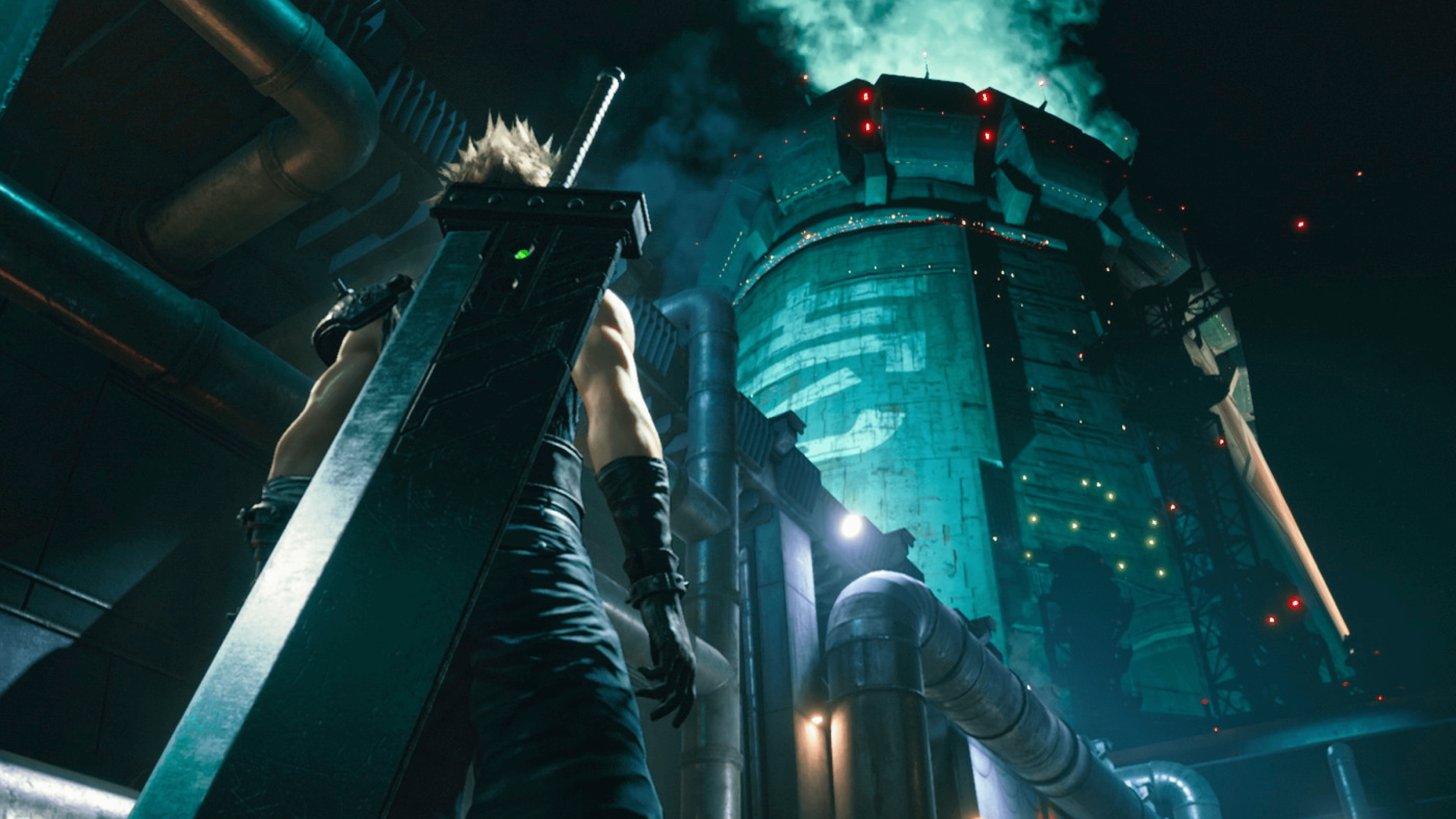 After not-E3 has come and gone, one of the bigger stories to emerge for me was the announcement of the next installment in the remake trilogy for Final Fantasy VII. Rather than simply remaking the game, enhancing some visuals, and releasing essentially the same game from 1997, Square Enix is going all out and creating entirely new combat systems that pay homage to the original, fully expanding the storyline of seemingly every character, and treating the project with an attention to detail not normally seen by companies re-releasing a game. The newest part, Final Fantasy VII: Rebirth, will see Cloud, Tifa, Aerith, and crew exiting Midgar and battling for the fate of the planet.

And that got me thinking about the other games that would benefit from this treatment. There are countless other RPGs, some from Square and some not, that would be awesome to see with enhanced visuals, fully remade combat system, expanded storylines, and completely new additions. I wanted to take some time to highlight a few role playing games I would love to see fit the bill and get another time in the limelight!

The action RPG saw a “Remastered” version back in 2021, which is a great way to play this charming RPG, but I want more. The storybook approach to the narrative is unique, and it could be so much better fleshed out on current hardware. More interlocking paths, more potential for individualized story variations, and so much more could make multiple playthroughs truly unique experiences.

Transitioning the gameply to fully realized 3D could also be a big win, as evidenced in FF7: Remake. Gone would be the awkwardness of not knowing if you’re lined up with your enemy, and instead an immersive camera would follow you and your partner around the battlefield! Also, navigating the somewhat confusing maps would be made more approachable by a distinguished approach to the presentation. The sprites and beautiful backgrounds of the original, though they will be missed, can make way for the much needed visual facelift.

Capcom’s seemingly forgotten RPG series absolutely deserves a remake. And one that accentuates the series’ storytelling, as this seems to be the main aspect that has carried over game to game. I think it’s time for this series to resurface, as the environment for RPGs has never been better, with so many gamers enjoying the classics and reliving the new ones on current consoles.

Speaking with my friends about the series made me realize the potential the game has. Being initially released on the SNES, I wonder if it failed to get the huge traction of heavy hitters like Chrono Trigger or Final Fantasy III/VI. The BoF Remake, though, would bring back the 16-bit art style of the original games, but incorporate the 2.5D visuals of games like Triangle Strategy. Also coming back would be a new origin story of Ryu and his dragon background, allowing a whole new generation (myself included!) finally enjoy this often forgotten RPG series.

Sci-Fi RPGs are nothing new nowadays, but when I first played Phantasy Star II on the Genesis I was wonderfully surprised by the game’s setting. It was still battling bad guys with weapons and watching numbers go up and down, but it was fresh and fun. Also, the storylines were really the aspects that drove this one home for me! And I’m only experienced with the second game: there are 3 entire games I haven’t even played! Once the series released on the Dreamcast as the MMO Phantasy Star Online, the entire franchise shifted to this approach.

A brand new, traditional RPG in the Phantasy Star series would be fantastic. Turn based battles, team combat, elemental advantages, and so much more will hearken back to the series’ roots on the Master System and Genesis. The key here, though, would be to separate the Remake’s gameplay from that of Phantasy Star Online. Sega and team can do so by keeping combat traditional, and adding more emphasis to storylines and character development, the things that made the original games memorable! There isn’t a a go-to Sci-Fi traditional RPG series out there (that I know of, at least), and Phantasy Star is poised to take that spot with this potential remake.

A funnier addition to the Remake catalog would be another Square property: the action RPG series Brave Fencer Mushashi. Really a one of a kind experience on the PS1, Brave Fencer Musashi had you controlling the titular samurai as he traveled the land, collected items, navigated dungeons, did some slight platforming, and fought a frenzy of foes, all while splashing in some humor. It definitely wasn’t for everyone, and after a while the game got kind of boring. However, it did manage to spawn a sequel on the PS2, which wasn’t nearly as good and resulted in the series sitting dormant since 2005.

In the remake, Square can really lean into the humor and deliver a hilarious real-time action RPG. Musashi is a renowned hero, but is washed up and no longer in their prime. Tasked with one last adventure, Musashi will once again travel the land, but will have to relearn how to be the legend he once was. Fully 3D combat will still be in real time, but will include sillier weapons like large tuna, wooden swords, rose bushes, chairs, etc. Much like the PS2 sequel, this remake will have a stylized visual presentation over a realistic one. Not looking to win any awards for game of the year, instead the Brave Fencer remake will go for fun factor, something I truly do cherish in a game.

Often cited as one of the “forgotten RPGs on the PS1”, you’d be forgiven if you thought Legend of Dragoon was another game by Square or Enix (it’s actually by Japan Studio!). Following a typical high fantasy storyline and setting involving a childhood home being destroyed and eventually thwarting an entire evil kingdom, the game drew attention for its innovative approach to combat. Essentially quick time events would govern more damage you may do, similar to games like Paper Mario.

The Legend of Dragoon Remake would feature a complete retelling of Dart and pals’ story for a new audience. If any game on this list would be worth of an identical approach to a remake such as Final Fantasy VII Remake, this would be it. Vastly improved graphics, expanded storylines, new character features and abilities, the list goes on. Not only would this remake bring the game to modern consoles and to a new audience, it would be a real treat for fans of the original game. Making a comeback would be the quick time button inputs for combat, as well as the Dragoon transformations for party members. Also, just because I loved it, it would be cool if characters still shouted out their attacks and special moves each time they do them. “Harpoon!” is ingrained in my mind from my childhood…

Here’s an entire series that has likely flown under the radar for a lot of folks. Wild Arms had 5 mainline entries, one original game remake, and an RTS spinoff, but hasn’t seen a new entry since 2008. Usually being set in the typical American styled Wild West, Wild Arms is a cross between traditional turn-based RPGs and action RPGs. Characters level up and gain new abilities, and in the later games in the series a lot of actions are tied to the types of guns a character uses in battle. Light puzzle elements also highlighted what would otherwise be a fairly by the books RPG entry on a console that had many standouts.

It is the right time for the Wild Arms series to see a complete remake. Or rather, we could just get a totally new game with a new story and characters. I’ll take whatever I can get though! The new game would be set in a small town setting, not unlike that of Red Dead Redemption, but nothing like that in terms of gameplay. Rather than exploring a huge world, this new Wild Arms will focus on a smaller group of townsfolk dealing with baddies and a great mythical treasure. Fully 3D environments with open world battles (no transition to a battle mode here!) would accentuate a living, breathing town and landscape. The dangers would come from ruffnecks and bandits as much as the harsh Western environments. New guns, new weapon types, and a lot of character cross abilities will make this one truly stand out for the bunch!

Another personal pick for me would have to be the Parasite Eve franchise! After two amazingly fun and weird games on the PS1 (and one PSP game I’ve still yet to play but only hear bad things about), the series hasn’t been touched. It’s time to bring Square’s survival horror RPG to new audiences with a complete remake of the first game!

Aya Brea will return as series protagonist, and the mitochondrial mutation from the original will return as well. I would also bet we would see completely remade and still eerily creepy cut scenes about mutations and death. Inventory management will play a key role in the game, with players needing to determine when to use their precious ammunition and when to save it for a bigger foe. Leveling up will still increase Aya’s overall stats, but will also give access to in and out of battle abilities to stop the evil from spreading. Rather than taking this and making it a true RPG or a survival horror game, Square instead makes something in between: elements of both will create a special experience for fans of any genre.

If there is one game, just one game, from this list that is deserving of a full on remake, it would have to be Sega’s Skies of Arcadia. Released for the Dreamcast back in 2000 (and the Gamecube re-release in 2003), Skies of Arcadia told the story of sky pirate Vyse and crew as they got caught up in a larger than life, galactic scale war to save humanity. Fairly generic in terms of RPG standards, but hey it’s in the sky with pirates, cool!

A remake here would also be very reminiscent of FF7: Remake. There would be a fully fleshed out world with plenty of side characters with their own motivations and goals. Vyse and crew would still travel the skies and visit different worlds, with each having its own look and feel. Think a game like Mass Effect, but more localized in one galaxy (and atmosphere). Visually the game would lean toward the more realistic look of something like Final Fantasy XII, with huge attention to detail. Gameplay would still be standard turn based affair, but could also benefit from a sort of auto-battle system from FFXV or even the FF7: Remake. No matter what it comes out as, a remake of Skies of Arcadia just makes sense, and would be a huge new franchise launcher for Sega.