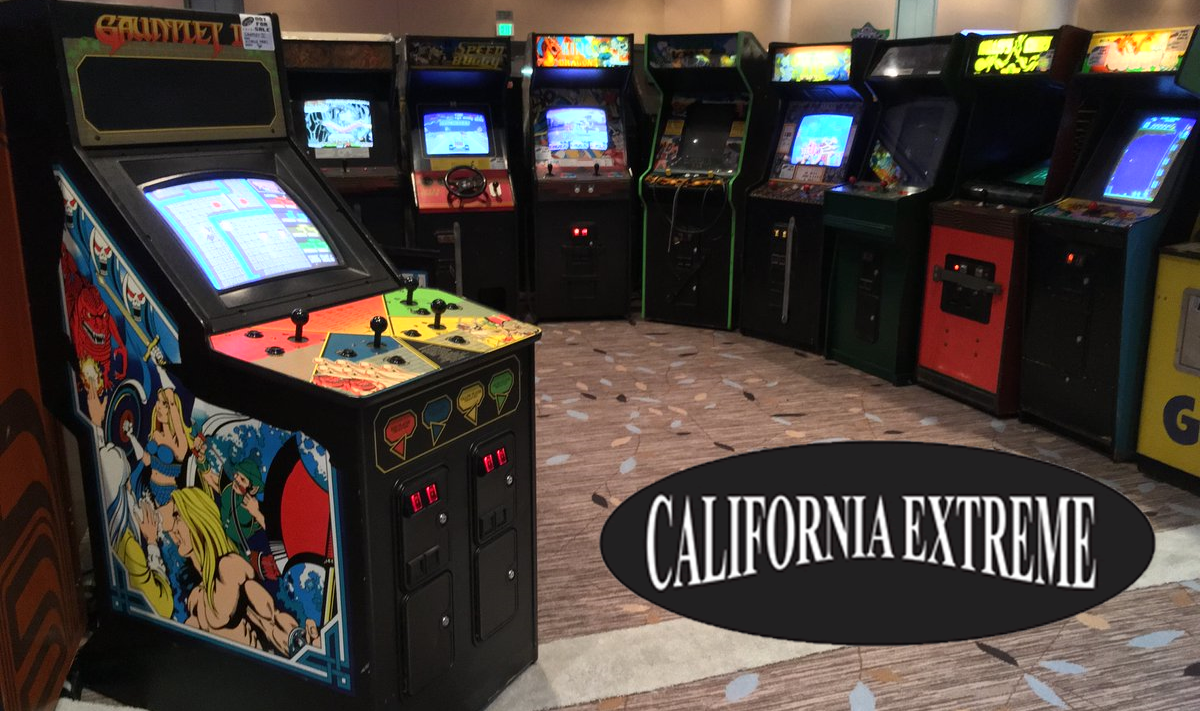 Video games were birthed in the arcade. The dark den of adventure many of us now associate with tickets, alcohol, and overpriced amusements. But if you grew up in any decade outside this current one, the arcade was a haven for action, combat, excitement, challenge, and friendships.

Growing up in the 90s, arcades for me were places I could not only amass a whole bunch of tickets to purchase a huge plush snake or several hundred multicolored plastic spider rings, but also locations I could try out games that weren’t possible on consoles at the time. Sure, we had an NES and a copy of Teenange Mutant Ninja Turtles: The Arcade Game at home, but the NES “Arcade Game” was nothing like the actual Arcade Game. The same goes for countless other ports that made their way to consoles.

This meant the arcade was the premier spot to try out new games, play the best versions of your favorite games, and hang out with other like-minded gamers in an age where Xbox Live and, really, the internet didn’t yet exist. We also haven’t even mentioned the truly classic arcade games before my time, like the venerable Space Invaders, Galaga, or Pong. And let’s not forget about another huge part of arcades: Pinball machines!

Jump to 2019 and arcades of yore are all but forgotten, lost to time and replaced with the Round 1’s and Dave & Buster’s we currently have. Relics of arcades past are strewn about these establishments: a Pac-Man machine here, and a retro multi-cade over there, all remnants of where we came from.

For one weekend in July, this is not the case. For a couple glorious days, arcade games reign supreme. Video games of all kinds are enjoyed by hundreds of players. The retro games of the 80s, 90s, and beyond are the highlight of the day, the entertainment for the evening, and the bond between strangers.

This is California Extreme 2019.

I’ve written about California Extreme before, but after seven years of going to the largest arcade convention on the west coast, I felt it time to truly honor what the show does. Not only do you get to play hundreds of classic and current arcade games, you get to see games that have never been released. Or witness players showing off some serious skills in the games they grew up loving. And maybe you’ll discover your new favorite game among the countless cabinets yearning for your attention.

This year I wanted to pay particular highlight to a very retro game: Midway’s Shuffleboard. I have actually always had a fascination with vector games. Games like the original Asteroids, or Atari’s classic Star Wars game. Their simplicity in design but excellence in execution really stood the test of time to me, and Midway’s Shuffleboard is no exception. The game is a simple arcade conversion of shuffleboard, but damn if we didn’t play a ton of that game and love every minute of it!

Throughout the convention floor there are games you’ll recognize, like Mortal Kombat and Street Fighter, but also games you’ve likely never even heard of, like Tinstar and Super Slam Dunk Touchdown. And then there are games I’ve heard of but never got to spend quality time with until now, like the classics Gorf and Wizard of Wor. Yes, all these games are real, and I played and enjoyed them all at this year’s show.

Pinball is a huge portion of every California Extreme, with 2019 being no exception. It’s understandable why the pinball machines had lines to play: not only are they incredibly fun, even the older retro style cabinets, but when they are all set to free play it’s so easy to just start again after you lose! I spent a good while searching for my favorite pinball game, Attack From Mars, and was not disappointed when I finally jumped on an open machine. Other pinball highlights included the absurdly fast F-14 Tomcat, the super fun Silverball Mania. If you fancy yourself any sort of pinball wizard, this is the place to be.

The atmosphere around conventions is always one of the best parts of the whole experience. Everyone around you is there for the same reason you are, and likely has a passion for the source, so they really enjoy their time. I saw so many smiles from adults and children alike! I also saw folks sharing strategies on old games, chatting up their pastimes while playing, and actively trying to get high scores in multiple games! It was a blast, and definitely something you don’t quite see with arcades nowadays.

Lastly, I want to give a major thank you to the owners of the arcade games themselves. They bring them to this show, allow hundreds if not thousands of players to enjoy them, and make people super happy for a short weekend. This was the seventh show I attended, and it was one of the most fun shows I’ve been too yet! Searching for and playing my favorite games, finding new gems along the way, and getting to hang out with awesome company and like-minded patrons is such a memorable experience.