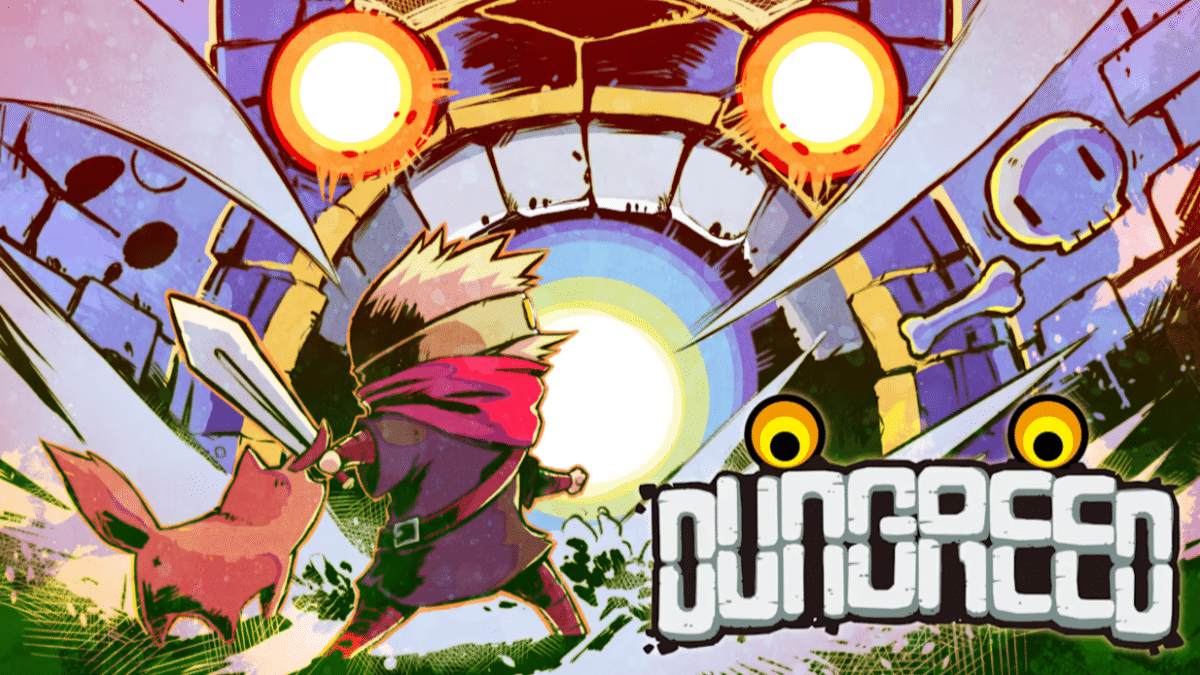 Taking a look back on DownStab, and I can see a lot of love for the Roguelike genre. If you want to get technical, I would say the Roguelite genre is really where it’s at. Being able to keep some progress over starting it all over is what I think really hooked me. But that being said maybe I should go back and see if I’d enjoy The Binding of Isaac more now that I’m a much more sophisticated gamer…

I had my eye on the game Dungreed for a good while now, keeping it on my wishlist here and there looking for a good deal. After enough time for me to literally forget about the game altogether, it popped up on one of my wishlists for 50% off, and I took the plunge. Going into it, I was hoping to find something like Rogue Legacy, with the two games’ similar retro art style and sense of humor. What I got was kind of like that if I really squint.

If you couldn’t tell by now, Dungreed is a roguelite developed by Team Horay and published by Nicalis on the Switch and PS4. The game originally released on PC back in 2018, and the console versions came out later in 2020, and here I am in 2022 finally getting around to trying this debatably ancient game. Perhaps I should take that into consideration when evaluating the game, because there are modern conventions I’d love to see this game implore that I believe would really help it achieve even more.

The basics of the game are simple: you’ll enter a randomly generated dungeon, moving room to room, fighting baddies in procedurally generated rooms, and looting random drops and equipment. Though you can never say for sure what exactly the dungeon will look like each playthrough, you’ll find some commonalities between runs. For example, you can eventually run into a chef in the dungeon that can offer you stat-boosting meals, as well as an altar where you can sacrifice some gear in hopes of getting a blessing to aid a later run. Familiarity with friendly faces is a nice contrast to the dangers and mysteries the dungeon usually commands.

Combat is where a game like this shines, and while Dungreed handles it well, I find it hard not to compare to other games that simply do better. For instance, there are some weapons like swords and shields which operate as you’d expect, as well as more oddball additions like straight up guns and jet-powered gauntlets. Though different in feel, I never found the stranger weapons to be more effective than a certain pairing of dual knives or a sword and shield. Compared to a game like Hades where every weapon set (and even their alterations) feels distinctive and advantageous in certain situations, it just didn’t feel as well executed. I’m also drawing comparisons to Dead Cells here, with the weapon variety having real use in specific situations. With Dungreed I almost felt a run was doomed from the early onset because I didn’t happen to get the correct drop.

One other aspect that stood out to me was the option to change your costume. Doing so provides some benefits, like starting with more defense or adding a unique ability to your run. I got echoes of the different powers you’d see from games like Rogue Legacy, but I never felt they did all that much here in Dungreed. The stat changing costumes didn’t make a huge difference to me, and the ones that added special abilities, like increasing power per the number of items in your inventory, just don’t feel all that useful. I’m all for costumes giving boons and banes, but when doing so makes another aspect of the game ineffective I have to wonder why?

Moving to the Roguelite elements for a bit, I like the city building and friend finding in Dungreed. Long story short, the town is sucked into the dungeon, and as you explore you eventually find citizens, send them back to the town, and the subsequently help you on your next run. You can invest money earned in your dungeon runs to permanently increase stats, purchases items to begin your run with, and in the later game pump up the difficulty for even better chances at solid loot. It’s a cool system, and easily one that I enjoyed the most. Though not as expansive in my eyes as the aforementioned Hades or Rogue Legacy, it’s still satisfying to have these permanent upgrades. I really do enjoy this aspect in these games, and it is done well here.

I also found the use of item sets to be noteworthy as well. If you can get lucky enough to find multiple items from a particular set of items in a run, you can get additional bonuses if you have each of these items equipped. For example, having each item in the Assassin set grants an additional 25% to attack speed as well as an extra dash. This mechanic incentivized me to try multiple sets and multiple effects. I can appreciate a developer that creates multiple play methods, and incorporates a way for their players to actively try to use them. Moonlighter kind of did this, but it never felt like there was a reason to try different weapon types when one or two were clearly superior. Definitely a point in Dungreed’s book.

With a few ups and downs, you might think it hard to recommend this one to players. While I would say it’s not an easy “Must Play” title, it’s also one I would say to not skip if you do call yourself a Roguelite fan. Being about 4 years old now, the game is slightly showing it’s age comparatively, but still holds its own. If you like retro visuals and a bit of humor in your games, there’s a lot to like here. If you see that “Roguelike” tag in the eshop or on Steam and think you’re getting something like Hades you might want to demo the game first before buying. Though flawed, Dungreed has a lot going for it to keep it enjoyable run after run. And for about $10 I would say it’s money well spent.

What Other Games Should Get the “99” Treatment?

If Being Shipwrecked on a Deserted Island is Terrible, Why is This Game So Fun?