The only time I'll ever hear the terms Pimple, Zitz, and Rash and be okay with what's going on...

Comments Off on A World of Games: Battletoads

Whoa whoa whoa, wait a minute: there was a Rastan 2?!

Comments Off on A World of Games: Warrior Blade: Rastan Saga Episode III 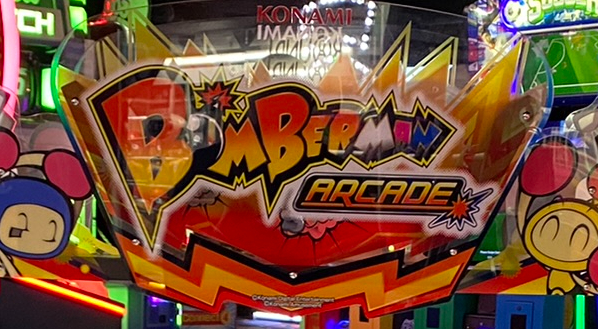 Comments Off on A World of Games: Bomberman Arcade

What's Arch Rivals? Well, it's kind of like Smash TV, NBA Jam, and Mortal Kombat all rolled into one... but also nothing like those games...

Comments Off on A World of Games: Arch Rivals

Take out the terrorists, and save the president and his family. What more story do you need when you carry a gun this big?

Comments Off on A World of Games: Silent Scope
Randomness

Hey! Do you like video games? Do you like arcades? I bet you'd like another blog of mine over on tumblr! www.aworldofgames.tumblr.com It's a blog dedicated to all the video…

Comments Off on A World of Games Update: April 2018
Randomness

I'm neck deep in a much-needed vacation back to Indiana to see my family, so I haven't been too active here on Slick Gaming, which is kind of a downer…

Comments Off on I'm on vacation, but here are some arcade pics!
Randomness / Retro

Last year I was content to leave all of the California Extreme related posts to my Tumblr, which focuses entirely on video arcades and memorabilia. Coincidentally you should check that out if you want to know more about arcade games! This year however, I’m going to grace you all with the retro-filled weekend that was California Extreme 2014. Plenty of great games were played, a lot of machines I otherwise wouldn’t have played in my life were dabbled with, and some games were completely beaten thanks to the wonderful Free Play setting. END_OF_DOCUMENT_TOKEN_TO_BE_REPLACED

I'm proud to announce that A World of Games, my Tumblr blog featuring photos and videos of all the arcades I visit, has been completely redone! A new theme, tons…

Comments Off on A World of Games Update
Randomness

While I was growing up, I subscribed to Tips & Tricks magazine. Like most kids I was drawn in with the last half of magazine being dedicated to cheat codes and hints for all my games. Even better was when they pushed out one of their “Code Books” which ditched every written article entirely to house just these cheats. While I was a fan of the codes, I would pretty much read the magazine front to back because there wasn’t any internet in our house to occupy my time otherwise, so this was my only means of gaming related news each month. Being into fighting games since Mortal Kombat II, I was attracted to the one or two page monthly feature ranking the best fighting game players in the US and the rest of the world. These were names that you still hear today, like Ricky Ortiz, Justin Wong, and the phenomenon that is Daigo Umehara. One thing I noticed about some of these players was their location: California. Specifically Sunnyvale, California. In my mind I pegged the cute sounding city as a Mecca for video game arcade fighting. As luck would have it, I happened to fall in love with a girl who lives five minutes away from Sunnyvale, and on top of that we’re looking to move to that exact city! On a recent visit I was able to stop in an arcade that has been on my radar since the Tips & Tricks days as a place the pros played: Golfland USA. The arcade scene is not what it used to be in the 90s and early 2000s, but Golfland has done its best to retain the good ol’ years of the video arcade. END_OF_DOCUMENT_TOKEN_TO_BE_REPLACED