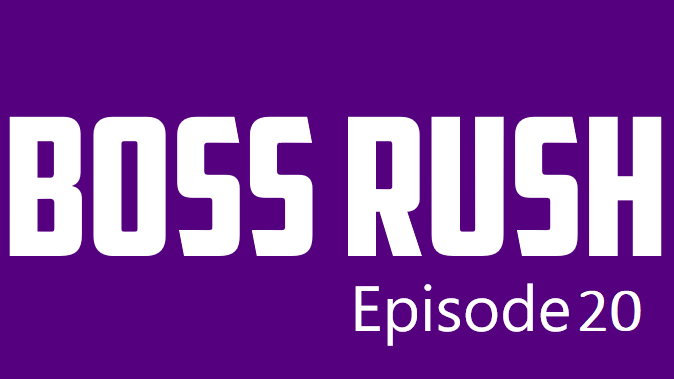 Join the Boss Rush crew as I try to explain the entirety of D&D and character creation in an hour and a half!

The arcade scene is all but gone today. When the business was booming in the 90s arcades were the only way to play particular games because not all arcade titles were ported to consoles. Even if they were ported, some were never released in the US; this is the case with Capcom’s duo of arcade titles based on the Dungeons & Dragons franchise. So unless you lived in Japan or imported the Sega Saturn compilation, arcades were your only alternative.

Jump ahead sixteen years and Capcom has rectified this injustice by releasing Dungeons & Dragons: Chronicles of Mystara, an HD re-release of both arcade classics Tower of Doom and Shadow over Mystara. With gameplay that holds up to this day, support for up to four players, online matchmaking, unlockable content, and plenty of replay value, Chronicles of Mystara is well worth the wait. END_OF_DOCUMENT_TOKEN_TO_BE_REPLACED

When Baldur’s Gate first released on the PC back in 1998, BioWare had created one of the most beloved and recognizable games to bear the Dungeons & Dragons license, as well as one of the most finely crafted RPG experiences to date.

Fast forward nearly 14 years to the day and we are given Baldur’s Gate: Enhanced Edition, a reworked version of the game that hammers out a multitude of bugs found in the original release, as well as introduces brand new characters, storylines, and modes to play through. But for all the accolades it received in the late 90s, how well does the once mighty Baldur’s Gate stand up to RPG juggernauts like Dragon Age: Origins in today’s gaming world? END_OF_DOCUMENT_TOKEN_TO_BE_REPLACED

Iron & Blood: Warriors of Ravenloft is a 3D fighting game for the PS1 based upon the Advanced Dungeons & Dragons license. You would think TSR, the company responsible for creating D&D, would be able to construct a competent fighter. You’d be wrong.