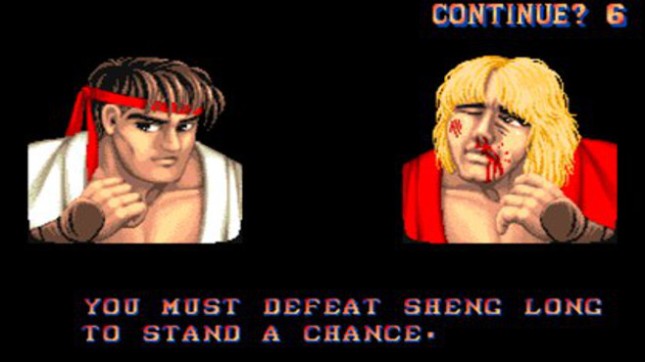 Keeping with tradition, April first of every year is the time where video gamers can no longer read blogs or watch their favorite videos because they’re full of lies and jokes. Of course I’m talking about April Fools’ Day, and for the past couple decades many video game developers, news publications, and even video games themselves have taken the opportunity to trick their fans into thinking something that isn’t true. Oftentimes these instances are so hyperbolic you can tell quickly they’re a joke, but every now and then there are a few jokes that walk the line between truth and deception with exquisite flair. Here are ten of my favorite April Fools’ Day jokes for you to get angry at for not being real.

END_OF_DOCUMENT_TOKEN_TO_BE_REPLACED

A recent pickup of several Mega Man Star Force games has had me thinking about my favorite video game character recently. Mainly, why Super Smash Bros for Wii U, of all things, is arguably the best version of the character we’ve received in the better part of a decade. For a character so prominent in the 90s and early 2000s, it’s a shame we don’t see him around any more. And then I took a look at all the games he’s appeared in and suddenly I’m no longer questioning why we don’t have anymore Mega Man games. There were so many games with Mega Man in them, and many of them so drastically different from one another, we as gamers just couldn’t keep up. But don’t sweat, Blue Bomber fans, I am here to point you in the right direction! There are, believe it or not, several excellent Mega Man games outside of the Classic and X series for you to sink your time into! END_OF_DOCUMENT_TOKEN_TO_BE_REPLACED

Another year is coming to an end, and with it a great assortment of new games added to the collection. This year was a lot more memorable than the previous years, mainly because I was actually able to play a lot of the new games that came out! Just check out my Top Ten Games of 2015 and see what I mean! 2015 Was also the year I really got to enjoy my PS4! I’m looking forward to what the next year has in store for Sony’s home console. And who could forget the Wii U! Haters gonna hate, but I still love that system, and this year saw several great titles added to Nintendo’s black box. The 3DS is still going strong, and the next game I’m most excited for in 2016 happens to be for the 3DS (Fire Emblem: Fates!!). I never mentioned it before (or at least I can’t recall if I have), but this year also happened to be the year I surpassed 2,000 games in the collection! Yay for game collecting but boo for my aching wallet! Just like last year, instead of doing a complete rundown of all the games of 2015, here are the top ten best games I found last year!

END_OF_DOCUMENT_TOKEN_TO_BE_REPLACED

The year that was 2015 is coming to an end, and as we tend to do as a community, let’s take a look back at the games that made the year memorable. There were some awesome indie releases, some great first party titles, and even some out of nowhere hits for just about every console out there. Instead of counting down the highest rated games across the board, here at SlickGaming I’m only looking at the games I actually played in 2015. Sorry Xbox One fans, you won’t see anything on this list. That being said, there were actually a great many awesome games released this year, and it was pretty challenging to narrow it down to just ten! Let’s get this grand spectacle started! END_OF_DOCUMENT_TOKEN_TO_BE_REPLACED 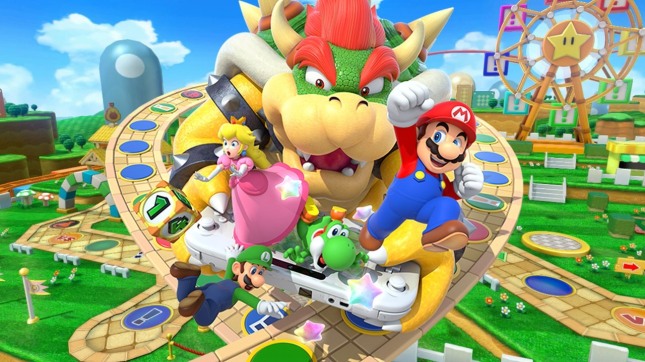 One of the best things video games can do is bring people together. Multiplayer has been around for decades, and with a general shift toward online multiplayer being the only way to play with others, local multiplayer and party games have been declining. Despite this, some of the greatest video games created were made specifically with local multiplayer in mind. Recently Nintendo seems to be the only publisher making games to fit in this genre, but there have been dozens of games released over the past years that exemplify the party genre. Here is my list of the ten greatest party games ever! END_OF_DOCUMENT_TOKEN_TO_BE_REPLACED

A spiritual successor to the beloved old Saga series, being developed by past developers from Square Enix and Level-5, and featuring wonderful visuals and an intricate battle system caused Legend of Legacy to get a small amount of buzz from RPG fans before its release. Regrettably I haven’t played a Saga game, but I have played plenty of RPGs and really love me some Level-5, so I was all on board to give this game a go. A few hours in I found out just how difficult the game was: I was losing to small mobs, getting absolutely devastated by bosses, and generally not having a great time with the game. I stuck with it though, and discovered how to actually play the game. If you were like me and you are struggling to get a foothold in the world of Avalon then use these tips to better your adventuring and conquer even the most difficult of foes! END_OF_DOCUMENT_TOKEN_TO_BE_REPLACED

Splatoon is a really fun game. It’s without a doubt one of the best games on the Wii U. Somehow the combination of third person shooting, painting, and squids have created a unique and all around excellent video game. Nintendo has been supplementing the game with constant streams of additional content in the form of new levels, game modes, and weapons. There are still, however, some enhancements and additions that could make the game even better. In no particular order, here are ten features that will improve Splatoon. END_OF_DOCUMENT_TOKEN_TO_BE_REPLACED

Nintendo is synonymous with the video game industry. For decades now, lots of folk have been calling video games in general Nintendo games, despite the games they’re sometimes referencing are exclusive to consoles other than Nintendo’s. You don’t become that iconic without a handful of recognizable and influential series’ and characters under your belt. Nintendo’s got tons of big hitters, not the least of which being the red capped Mario and pals, Pikachu and the other hundreds of Pokemon, and the epic adventures of a young boy named Link, but they’ve also got some other franchises that for whatever reason just don’t get enough love. Included in this list are the games that Nintendo seems to have forgot they made. For every one of these games we got 10 Mario’s. With the 3DS and Wii U bringing back a good amount of old classics like Star Fox and Fire Emblem, here’s hoping the ten following entries will see some love from Nintendo in the near future.

END_OF_DOCUMENT_TOKEN_TO_BE_REPLACED

All the excitement and buildup to the year’s biggest video game show has come and gone, and left in its wake are dozens of new game announcements, trailers, demos, and press conferences. On the whole I felt this year’s E3 dwells in comparisons to last years (which may stem from my Nintendo fandom), but nonetheless there were plenty of great experiences to take away from this years show. Even if Capcom didn’t announce Power Stone 3 yet. END_OF_DOCUMENT_TOKEN_TO_BE_REPLACED

It’s that time of year again. E3 is this week, and with it will come the best and most exciting video game announcements, trailers, demos, and releases for the upcoming year. Many companies benchmark their entire remainder of the year on this show, making or breaking 2015 before it even finishes. Rampant speculation fuels the show year in and year out, and this year is no exception: a few days out of the show and there have already been announcements and rumors flying. But if I could have things 100% my way, we’d be gearing up to hear the following ten announcements at E3 2015. END_OF_DOCUMENT_TOKEN_TO_BE_REPLACED