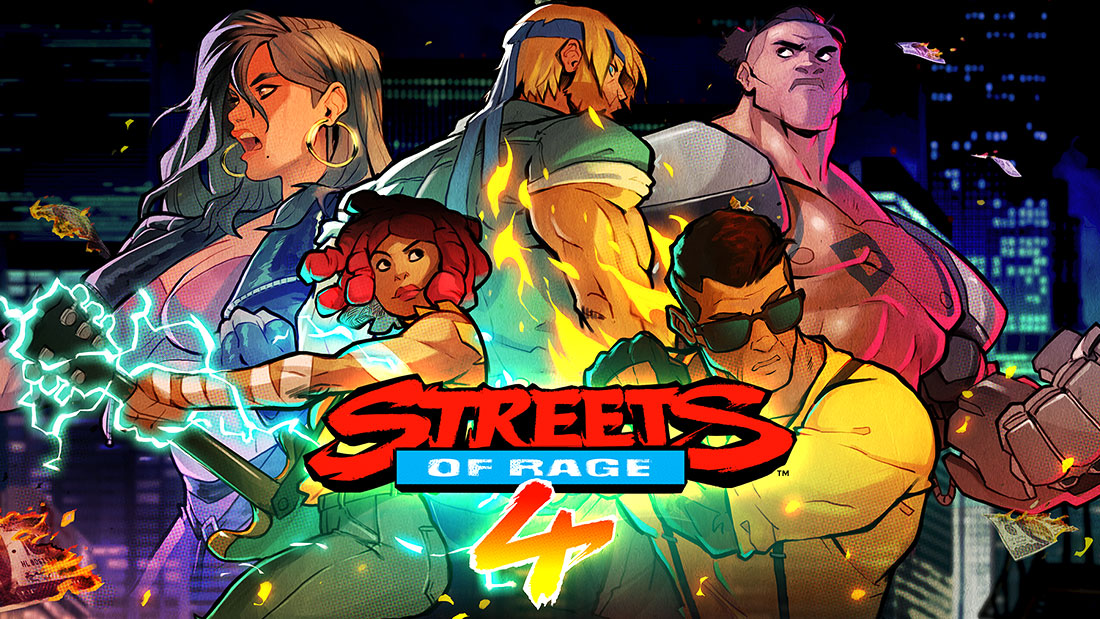 Video games have been around for decades. With each generation of games we have seen standout genres dominate the landscape. The seventh generation of games (The PS3, Xbox 360, etc) and onward has been primarily populated with first person shooters and gun games. The sixth generation before it was big on action platformers like Jack & Daxter, God of War, and Jet Set Radio Future, while prior to that we saw tons of RPGs and platformers.

The prevalence of the side scrolling beat ’em up (or just side scrollers, or brawlers, whatever you want to call them) had their heyday on the SNES and Sega Genesis, as well as some spectacular Arcade games. Classics like Final Fight and Golden Axe were the games to beat, and because of their popularity we saw dozens and dozens of games come out following the same formula set forth by the genre stalwarts.

One series that has been integral to the success of the genre, and one that has gone down as one of the best the genre had to offer, was Sega’s Streets of Rage. There were three of them on the Sega Genesis, with each subsequent game being generally better received than the previous. Sadly, for as spectacular as the series did on the Genesis, there were no other sequels on subsequent consoles. We only ever received ports and compilations until very recently when the series had its first proper sequel in Streets of Rage 4, some 25 years after the prior game.

Streets of Rage 4 is a celebration of all the things the series has achieved, as well as a callback to the genre it helped define. All the staples of the genre that once dominated the arcade and home console scene are there: a handful of playable characters, each with their own unique set of skills and power. Replayable levels with hidden secrets and tough as nails boss encounters. Beautifully animated scrolling backgrounds and spritework. A head banging, jazzy soundtrack that compliments the on-screen action. In truth, everything a fan of the Streets of Rage series would want in a sequel.

I am hoping, though, it is more than that. Street of Rage 4 represents a different era in gaming, especially to me. It takes me back to when video games were fantastic escapes from real life. When games were not focused on being realistic and serious. When a video game with an anthropomorphic hedgehog could be a main character and hero, and no one said otherwise. It takes me back to when just a couple buttons and a D-Pad were all that was needed to enjoy a game. And the only thing that mattered was if you were going to play as your same, favorite character again, or try something new.

Before this gets all nostalgic and gushy about yearning for yesteryear, let’s discuss what’s really appealing to me in these video games.

I have always been a fan of colorful video games. I would take a silly Super Mario game over a gritty Gears of War any day. The fun factor of a video game lies in the execution of the world you’re taking part in as opposed to the physical controller you need to actually play the game. Is ripping someone’s head off in Mortal Kombat II all that different from popping headshots in Half-Life 2? I say it is. And it comes down to how the game presents itself to the player.

Video games in the 90s and early 2000s were much more niche than they are now. I wouldn’t say they were exclusive to the nerdy culture, but their mainstream appeal didn’t hit until the major success of the PlayStation 2 and beyond. From that point we had development studios pumping out annual releases at the expensive of creativity. Gone were the Tombas and Final Fights, and in were Call of Duty and Assassin’s Creed. They aren’t bad games, but they’re just different. I enjoyed games growing up because they were always different, always showcased something odd and quirky, and were exciting to watch and play.

Playing through Streets of Rage 4 brought back those old feelings. Talking with my friend while we strategized each stage made me feel like I was sitting back upstairs with our Genesis and playing with my brothers. I am hoping we can see more games push for this style of throwback immersion. Admittedly this is already happening: there are tons of games coming out that are breaking the mold of big budget shooters and focusing on telling unique stories. Noteworthy games discussed at years’ end include titles sporting retro-style visuals instead of super realistic character models. It’s fantastic!

We’re at a point in the lifetime of video gaming as a whole were we have literally everything. Huge games with years of gameplay support like Overwatch and Grand Theft Auto V, and more personal, shorter experiences like Celsete or Dead Cells. Having this amount of variety more accessible than ever is mind boggling. Year after year I see the games I want to see release. The games that aren’t afraid to step away from the mainstream appeal of games nowadays to make something the developer wants to make. Streets of Rage 4 is by no means a vehicle for change. Rather, it is a perfect example of adapting classic games for a modern age. And I am all for it!

Remembering Costume Quest, the Best RPG About Fighting Monsters and Trick or Treating

The Ninth Generation of Game Consoles is Kind of Absurd