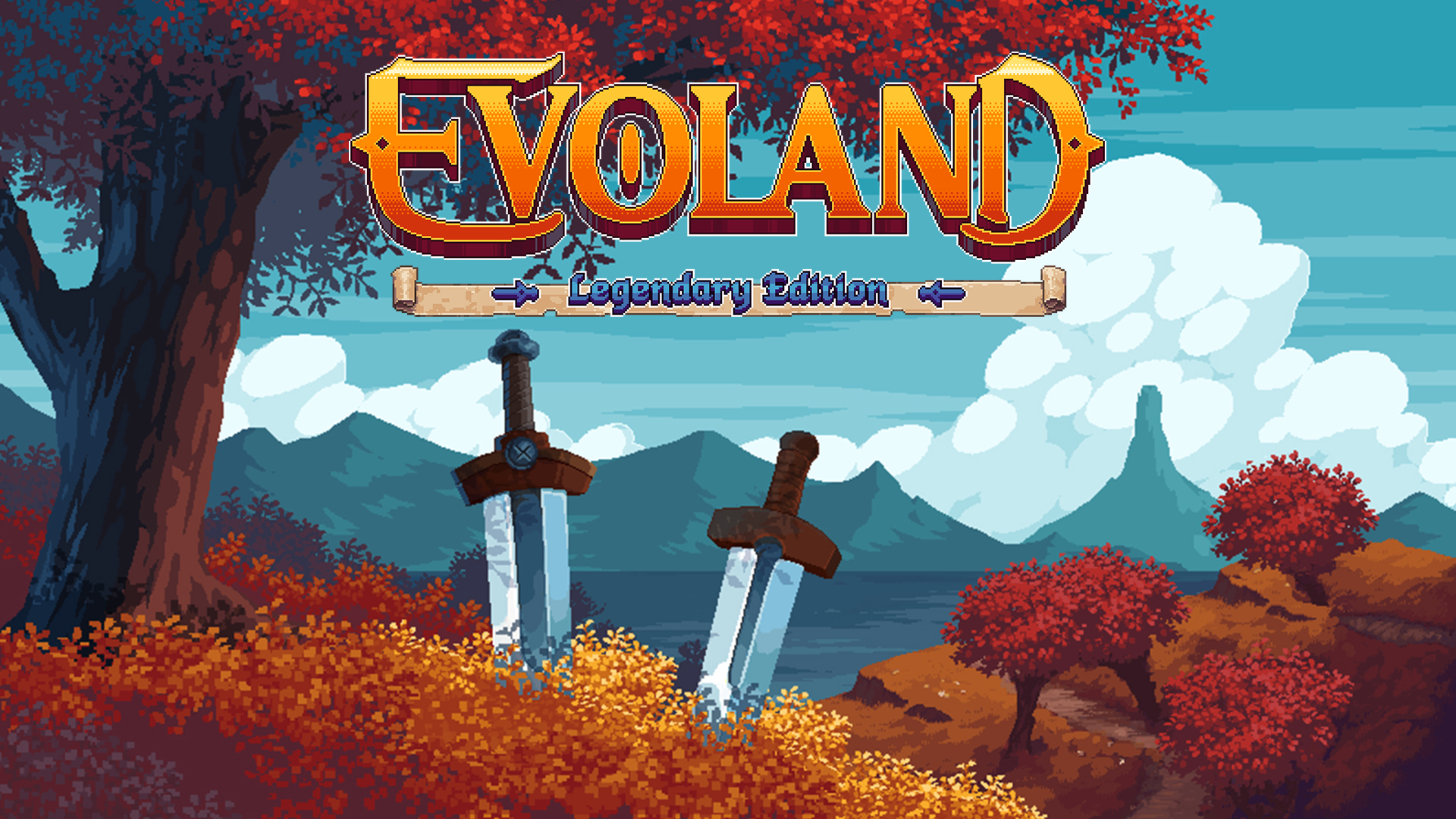 Every video game genre has its tropes. Mario saving the princess. Master Chief doing the impossible and saving the galaxy. Pac-Man… eating fruit and defeating ghosts? Anyway, the same is true for the RPG genre. Perhaps more than any other game, role playing games have many shared elements across the board: leveling up, dungeons, party members, equipment management, dystopian worlds, tyrannical villains, the list goes on.

After decades of games to build upon this status quo, along comes Evoland. A small indie game released back in 2013, the RPG was equal parts celebration of the RPG genre, and satire for what the player based has dealt with all these years. If there was ever a game made for fans of the genre from yesteryear, this is the game.

So what is Evoland? At it’s core, Evoland is an RPG. You will battle enemies, explore dungeons, level up, and meet new characters along the way. What makes the game special, though, is it’s approach. Rather than throw you into a fully developed, realized world, instead you are dropped into a land where you can only move left or right. Once you uncover a treasure chest, you unlock up and down movement as well. Progress a bit further, and you’ll find another chest that changes the world so you can transition from one screen to another. Then you’ll find a chest with a basic sword attack. And then one that adds color to the visuals. And another that improves the swing angle of your sword. Eventually you start finding upgrades from 8-bit style to 16-bit and beyond, multiple weapons, and even completely new battle systems.

It becomes very obvious from the beginning Evoland is a satire of the entire genre. Many of the tropes you would think are associated with RPGs are seen here in comical fashion. It was fun and exciting to see what the next chest would unlock. Then, it became part of the actual story and gameplay to unlock, well, more story and gameplay in order to properly progress forward. For example, there is a section you need to complete while jumping between top down 2D visuals like The Legend of Zelda on the NES and then to more 3D visuals like A Link to the Past on SNES. This allows you to pass between otherwise impassable objects in the 2D sections. It was a neat gimmick that offered some fun puzzles.

The game also leans heavily into the plot of Final Fantasy VII. Like, REALLY heavily. Your main character, side character, and antagonist are all riffs on FF7’s characters. The plot involves the destruction of the world from an insane bad guy. There are even desolated villages and caves to explore. It’s a great callback to the PS1 classic, but it is also something the uninitiated wouldn’t understand. Evoland presumes you know the source material in order to draw out the game’s humor. If you haven’t played an RPG prior to the PS2, you will be a bit lost here.

Overall Evoland is quite short, clocking in at around 3 hours to complete. Your enjoyment of the game will be 100% related to how many RPGs you played in the 90s. For me, though, that was quite a lot! Being the target audience of this game, my time was well spend with this little indie gem.

I was playing the game on the Switch as part of the Legendary Edition, which includes the game’s sequel: Evoland 2. This sequel is the much more fleshed out game, and offers a lot of the same elements: chests that contain tropes and cliches from the RPG genre for you to unlock to alter your gameworld. However, Evoland 2 progresses a bit differently: you move backward through the chronological sequence of RPG enhancements. For example, you’ll degrade from higher resolution visuals seen on the SNES down to a more Game Boy look and feel. I applauded the game for taking even more from the genre that wasn’t seen in the first game and adapting into this one. I won’t spoil the rest of the game, but I will say there are some fun finds throughout this game!

Comparing Evoland and Evoland 2 is almost like comparing apples and oranges. They’re both RPGs, sure, and they are both relying on your knowledge of the genre. However, Evoland 2 is an actual game. It has it’s own plot, characters, and elements that make it stand out as it’s own. As a bonus, if you have any affiliation with standard RPG fare you’ll get some of the jokes and visual queues. Evoland 1 is a satirical game that will be fun if you have played The Legend of Zelda and Final Fantasy VII, almost exclusively. If you’re like me, though, and you’ve done all these things, Evoland: Legendary Edition is a wonderful package and a treat to play.

Sometimes I enjoy jumping into a non-serious game like Evoland for a weekend. It’s a reminder that video games are fun and entertaining. When I am rewarding simply for having knowledge in the game’s mechanics outside of the actual game itself, it becomes more nuanced and novel. Hitting all of these cords together creates a short and sweet couple of games that RPG fans will certainly eat up.

Top Games of 2017: The Legend of Zelda: Breath of the Wild