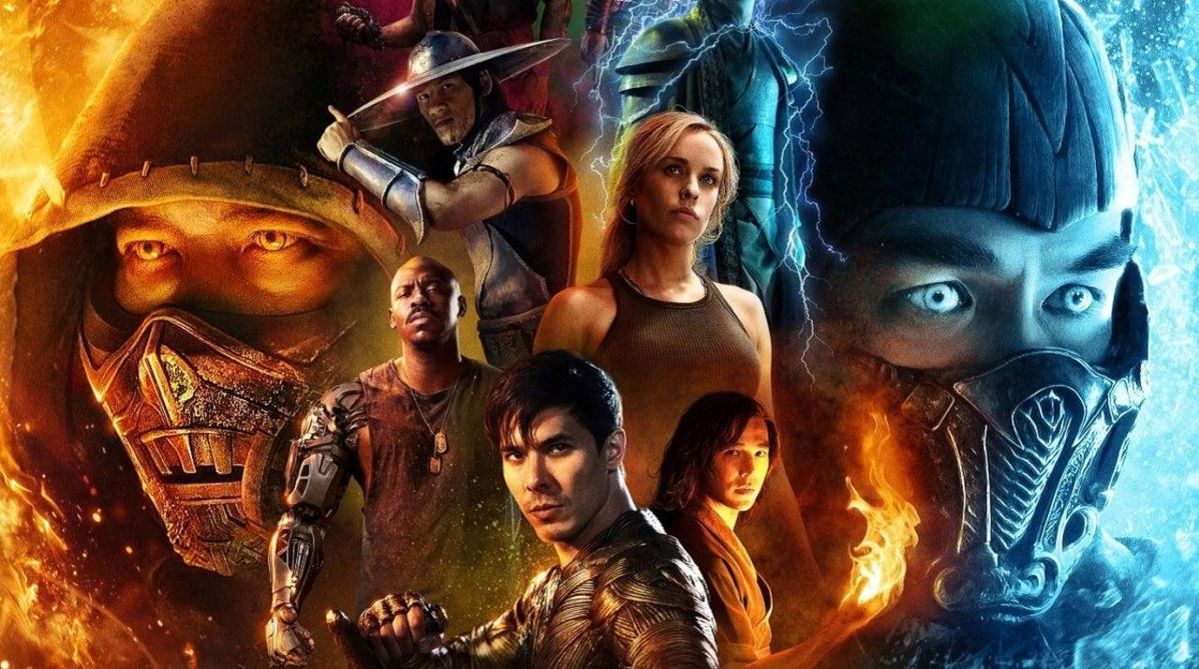 Director Simon McQuoid’s take on the Mortal Kombat franchise was interesting, to say the very least. The movie was equal parts homage, as well as an attempt to make a cohesive film about a bunch of people literally just killing each other. The original Mortal Kombat live action movie released way back in 1995, at the height of the MK Craze (Kraze?), and the film was relatively well received but lived on as a cult classic among fans. How will this new movie go down in Mortal Kombat history?

First and foremost, the new MK movie doesn’t stray too far from the source material. There are tons of queues taken from the video game series, including character backgrounds, familiar outfits and fatalities, and overall plot points. If you’ve played the older video games in the series, and arguably some of the newer ones, you’ll understand right away what is happening on-screen.

As with any movie adaptation, some creative alterations were made to transition the game series to a movie franchise. Minor changes include character relationships with one another, intentions for entering (or not entering) the tournament, and how each fighter manifests their special powers (like Liu Kang’s fireballs, for example). Most notably is the addition of an entirely new character: Cole Young. Cole acts as the film’s main protagonist, and is the character we as the audience follow through the entirety of the movie.

To briefly describe Mortal Kombat, a mediocre fighter named Cole get’s caught up in something beyond his wildest imagination when his Dragon-shaped birthmark begins attracting deadly visitors. Fearing for the safety of his family, Cole flees his Chicago-area home and seeks out Sonya Blade for guidance. Sonya has been tracking information on the “Mortal Kombat” tournament that has been connected to a series of grizzly deaths over the years. With some help from a reluctant criminal Kano, Cole and the gang seek out the other chosen combatants to fight for Earth Realm in the next Mortal Kombat tournament.

If you read that above paragraph and you’re thinking to yourself, “Yeah, that sounds about right,” then I can guarantee you have played the Mortal Kombat video game series. The movie’s overall plot relies heavily on the viewer’s previous knowledge of the series’ plot, and even then takes a lot of liberties. Shang Tsung and his bevy of bad guys just sort of fight because he says so, with complete disregard to any personal reasons they would want to fight in this tournament.

There is a sub-plot running through the entire movie about the blood feud between Scorpion and Sub-Zero which at first seems kind of awesome, then sort of feels like a letdown at the film’s conclusion. This is largely due to new character Cole seeming to be arbitrarily placed. I felt the movie was trying to force this character into the series, and to give him some moments the fans of the series would deem worthy, but it fell flat. Mortal Kombat has literally dozens of interesting characters you could use instead of making a generic MMA fighter star in your movie. I think Cole can be saved in future movies and given an actual decent plotline that makes me feel for him, but somethings are going to need to change first.

My final gripe with the movie is one that so many game movies suffer from: plot holes and poor writing. There are scenes that make no sense when looking at the plot. Why did Cole go back to see his family, only to immediately return to the tournament? Shang Tsung is literally never introduced as any sort of menacing force, he’s just sort of there. Without spoiling anything, there are some Outworld fighter’s that are totally wasted and pointless to the plot, so why even name drop them? I felt the movie was trying to explain a very complex storyline, but didn’t accurately convey reasons why things were happening, or the implications one might expect.

From all of that you are for sure thinking I hated this movie, but I really didn’t. Those are my big complaints with the movie. Everything else the movie showcased was impressive and fun. Firstly I have to call out the production design and costumes. These characters looks just like their video game counterparts. Not only that, they even “play” like series fans would expect: Kung Lao uses his razor-bladed hat, Scorpion has a spear, Sub-Zero freezes damn near everything, it’s fantastic! The plot gives the players in this universe a reason to have super powers, and they use them: something the 1995 film didn’t really explore as much as I’d have liked.

You cannot talk about Mortal Kombat without talking violence and fatalities, and this movie delivers. There are punches and kicks, breaking bones, blood flying everywhere, and the trademark fatalities top the gruesome cake. If you have played Mortal Kombat 9, there is a particular fatality performed by Kung Lao that is particularly absurd. Just like with the video games, you come into this film expecting the off-the-wall crazy death scenes, and you definitely get them. Violence and gore aside, I have to commend this filmmakers for successfully adapting the video game’s combat and signature endings into a movie, and making it feel justified and true to that movie’s world. These are the types of creative choices movie makers need to be making to bring video games to the theater.

I also want to take some time to callout the film’s tribute to the series as a whole. There were many Easter Eggs and references to the games, including name dropping character not appearing in the movie, quotes from the games and prior movies, and even some memes. I want to give a special highlight to the Liu Kang and Kano fight… we’ve all been there.

While the 1995 movie was a wonderful adaptation of a silly video game, the new 2021 movie is attempting to take the rich and complex history the game series has created and weave it into an equally compelling storyline. Though there were some missteps, overall the Mortal Kombat movie was good. It was better if you consider yourself a fan of the video games. I finished the movie and immediately wanted to see more from that universe. I want to see what will happen after the film’s conclusion, I want to know more about Scorpion and Sub-Zero, I want to see the ramifications of the character’s action. Thankfully the film was generally well received by fans and critics; nothing crazy, but enough to warrant a possible follow-up movie (or several?)

What did you think of the new Mortal Kombat movie? Did it live up to your expectations for one of gaming’s most iconic franchises? Was it as good as the 1995 original? Were the plot holes and gory death scenes too much for you to handle? Let me know down below!