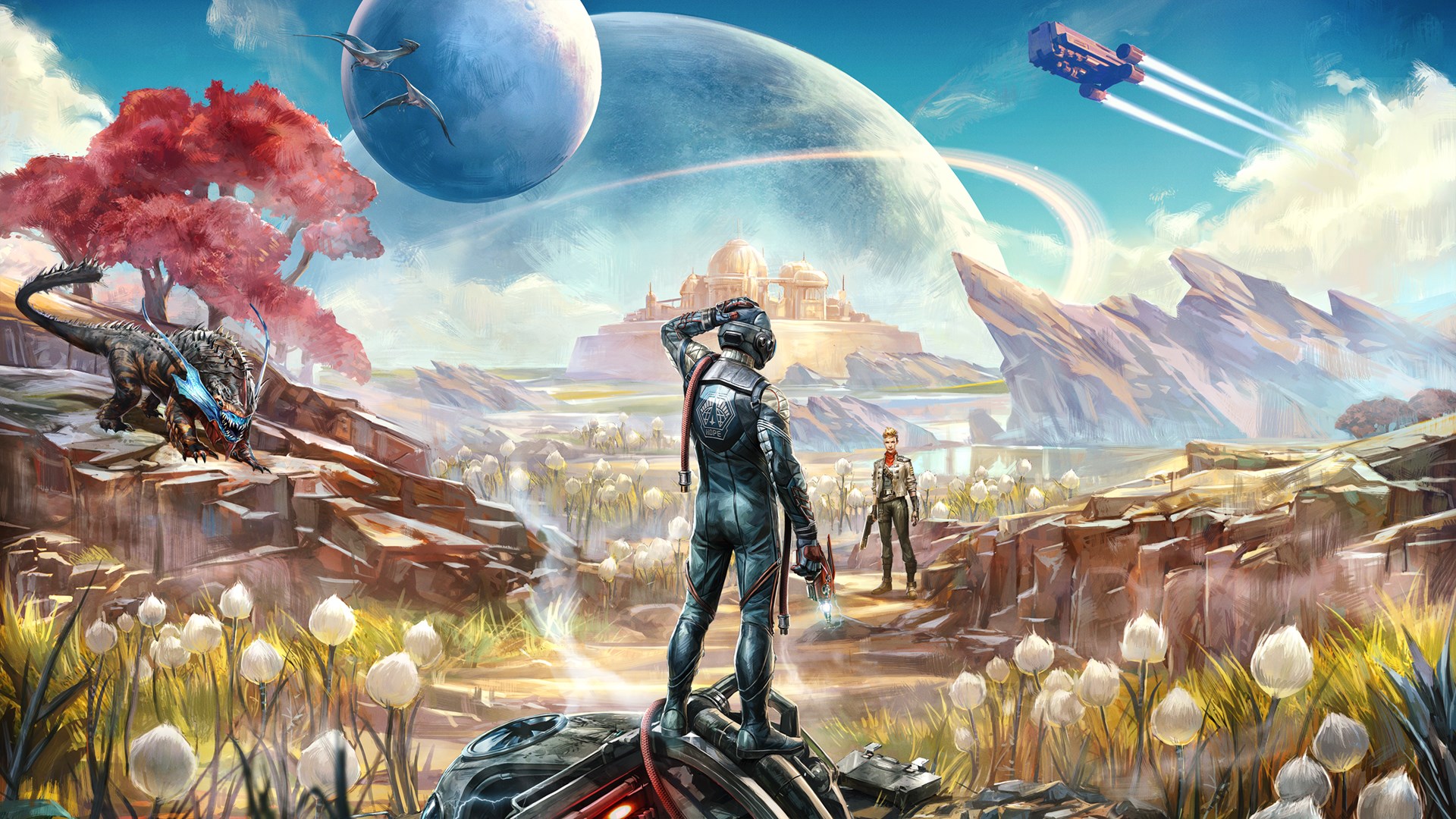 When a video game is done well enough, there tend to be imitators. When Pac-Man first released, any game that came after it was a “Pac-Man Clone”. More modern examples are action-platformers being called “Metroidvania” games. Or even any open world, massive RPG being compared to Skyrim. In general, these comparisons are really stating the groundbreaking work the aforementioned title really contributed to gaming as a whole.

With that in mind, let’s talk about Obsidian Entertainment’s The Outer Worlds, which is kind of like Fallout set in space.

First things first: Obsidian Entertainment. This development company formed back in the early 2000’s, the company was comprised of many employees from Black Isle Studios, the company that helped develop the original Fallout games. More recently, Obsidian also developed the much loved Fallout: New Vegas. So to say this team knows something about Fallout right off the bat is a given.

With The Outer Worlds, however, Obsidian fashioned an entirely new, original world for players to explore. Set in the not-too-distant alternate future where massive mega-corporations have a stranglehold on literally every aspect of life, the world looks very different for human beings. Earth is millions of miles away, and humans struggle to make a living on dangerous, desolate planets in the outer reaches of space.

You play as the recently unthawed human from an experimental cryo-freezing colony originally meant to save the best and brightest of the fittingly named Halcyon solar system. Your savior from sleep is Dr. Phineas Welles, an older scientist whose irregular practices have caught the ire of The Board, the larger governing body of this world and a collection of the galaxy’s most profitable mega-corporations. Shenanigans ensue and before you know it, you’re captain of your own ship, rounding out your crew, and settling the system’s problems however you see fit.

If you’ve played Fallout 3, Fallout 4, or Fallout: New Vegas, you’ll know exactly what to expect from The Outer Worlds. Your character has skills in combat, like gun and melee prowess, as well as out-of-combat skills such as lockpicking and sneaking. Also, you have interpersonal skills such as persuasion and lying. All of these can be leveled up and improved, resulting in a variety of fun outcomes. For example, if you’re intelligent enough, you may be able to convince someone to discontinue their illegal actions rather than have a shootout and kill them. This type of choice and character development is what I personally loved about these types of games, and I am happy to say it is in full effect here as well.

Also worth nothing, The Outer Worlds expands upon this idea and blends your skills even more than in the Fallout franchise. If you have a high enough intimidate skill, for example, you can sometimes cause enemies mid-fight to cower before you, giving up the fight altogether. Also, some options mid-conversation can be chosen if you have a specific companion traveling with you. I experienced one instance where my companion, a medical surgeon, was able to give me a third, much better option, when selecting the fate of a random science facility. I really liked the immersion this creates and hope to see more like this in future games of this type.

Though I love the out of combat character development and interactions, the other half of the fun in these types of games is the gunplay. The Outer Worlds delivers what you would expect from a game that is in the Fallout family. Gone is the V.A.T.S. system for aiming precisely at a specific body part, and in its place is TTD: Tactical Time Dilation. You can think of this like “Bullet Time”: Slowing down combat, moving around, and taking precise shots at enemies. This mode also shows you elemental weaknesses and vulnerable areas to target enemies. In the late game, you can gain some perks to expand your utility with this skill, adding even more perks to this mechanic (damaging multiple enemies with one shot, for example). TTD is definitely a nice feature, and will help you out in a pinch.

Unfortunately The Outer Worlds also brings with it the other feature of newer Fallout games: Glitches. I ran into a fair amount of them in my play through. Most were unobtrusive, like an NPC not talking in sync with the captions, or narrations being completely cut off by something else. Others were far more egregious. For most of y playthrough I had a negative effect that was supposed to go away when I wasn’t in combat, but it stayed in effect the whole game, knocking down ALL of my stats by over 5 points. Another caused my game to crash when toggling between vending machine menus. While these weren’t entirely game breaking (more like Game-Resetting), they were still marks on an otherwise solid experience.

Also, one of the best characteristics of Bethesda’s Fallout series has been the old timey music. It added a whole bunch of charm to the franchise, and kind of defined that series. Not only that, but the tunes were solid in their own right. The Outer Worlds has music, it’s own official soundtrack, but none of the tracks carry as much as the Fallout ones. I for sure didn’t want 50’s tunes in space, but it’s worth noting that a part of a game series I really enjoyed isn’t in what could be considered a spiritual successor.

I could really go on and on about other bits and pieces of The Outer Worlds; there’s just so much to do and explore. The game will forever, in my mind, be compared to the Fallout series, and this comparison is not only justified, it’s actually a compliment. The Outer Worlds is Obsidian’s attempt at making a brand new franchise, and from my perspective they absolutely delivered. I completed the game wanting more, hoping there would be some DLC down the road to continue my journey. And, fingers crossed, we can get an all new game in the future. The literal universe Obsidian created is grounds for way more adventures, and I’ll be excited to brave the dangers once again.

What are your thoughts on The Outer Worlds? Was it everything you had hoped from this new IP? How does it compare to other games in the genre you’ve enjoyed? I want to hear your thoughts down below!

The Games I’m Looking Forward to in 2016

Skyrim is a Testament to Open World RPGs