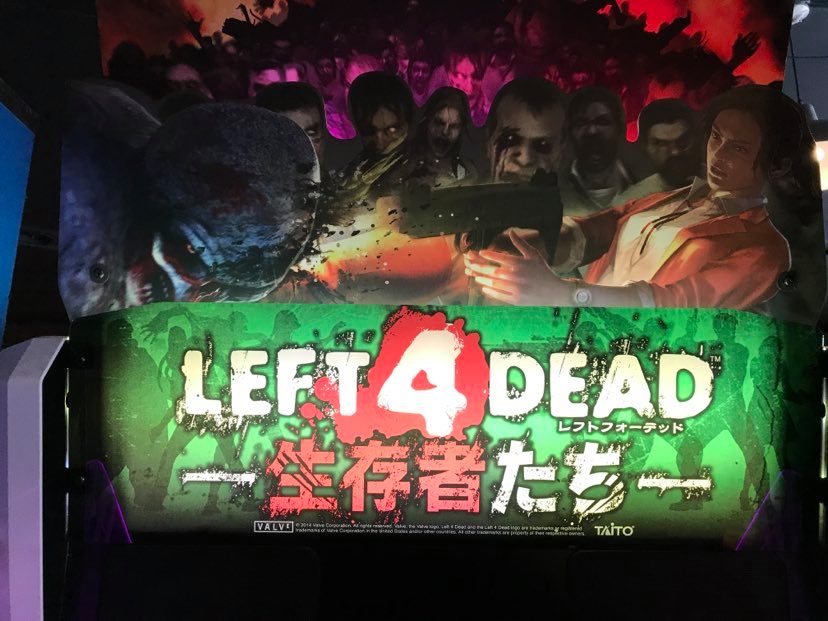 We’ve been playing Warhammer: Vermintide lately, and it has our group talking about Left 4 Dead. That made me think back on playing the Japanese arcade game Left 4 Dead Survivors. Though it isn’t nearly as good as traditional Left 4 Dead, the arcade game has some unique features that make it worth checking out.

First and easily the most recognizable are the controls. The game uses a traditional PC mouse and literally a Wii Nunchuck for movement. Replacing a keyboard with a Nunchuck is an odd choice, but really what else would they do here? Just have WASD keys on the cabinet? This makes for a unique gameplay experience. And to be honest, it works fairly well in execution.

The game itself is a modified port of the game Left 4 Dead 2, with levels, items, and enemies lifted directly from that game. Aside from the change in controls, the survivors you play are different than those in the non-arcade game. These changes are largely cosmetic, as they only affect what your characters say to one another and little else. If you’ve played Left 4 Dead proper, you’ve already experienced what the game here is offering.

I don’t think anyone thought an arcade version of Left 4 Dead was going to be comparable to the PC version, but it would have been nice to do something more unique than this. Survivors is just a port of the PC game in an arcade cabinet. Novel at best, and unnecessary at worst. Still though, for fans of the game it’s worth a look.

A World of Games: Golden Axe

A World of Games: Wacko