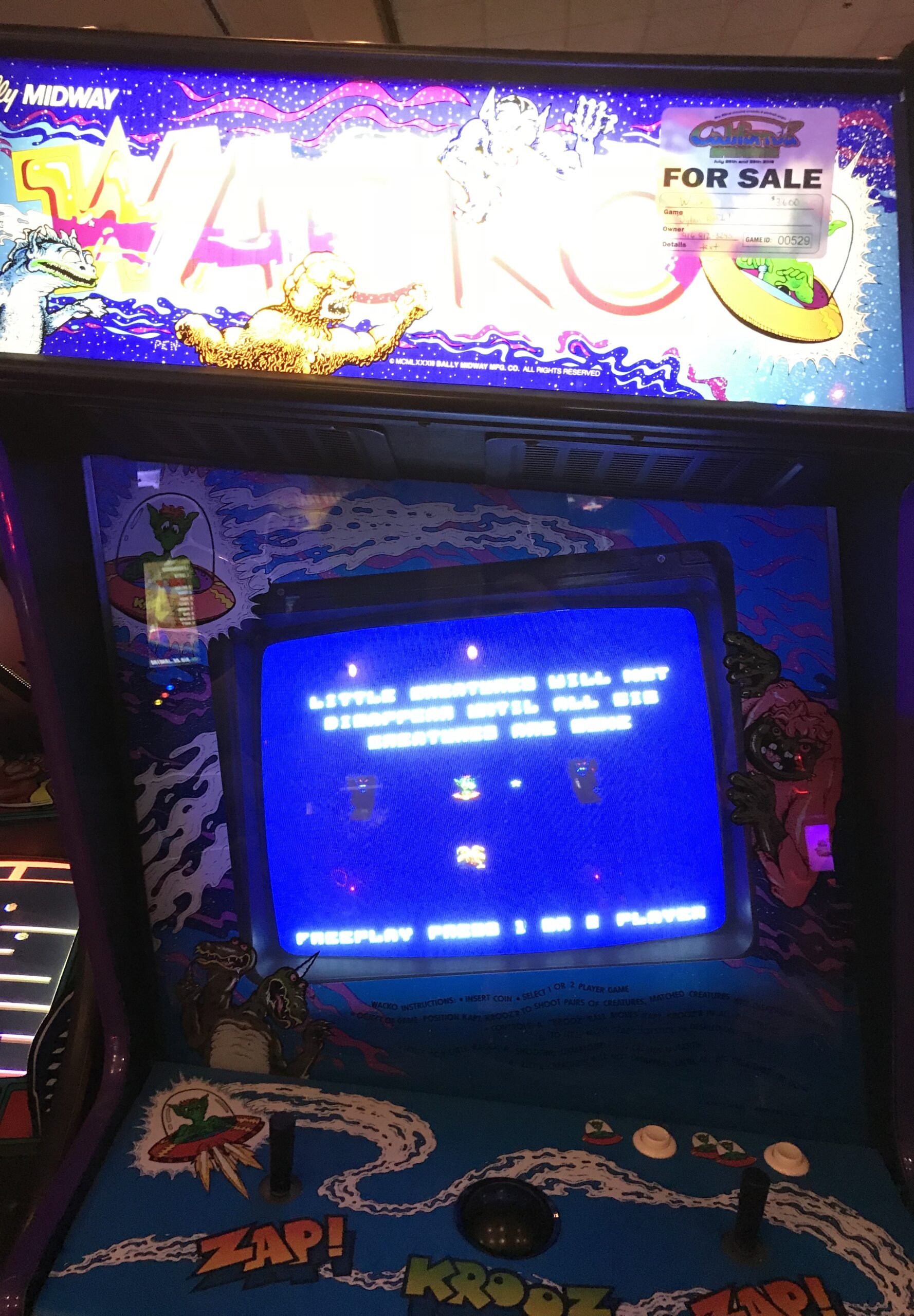 Immediately identifiable by its slanted cabinet design, Wacko is a shooter akin to Robotron. You move your character around the screen, and blast away at all kinds of alien bad guys.

In another odd (wacky?) change, you move with a trackball and shoot with either if the joysticks. It takes a bit of getting used too, but after a few minutes with the game you can begin to see how it functions. 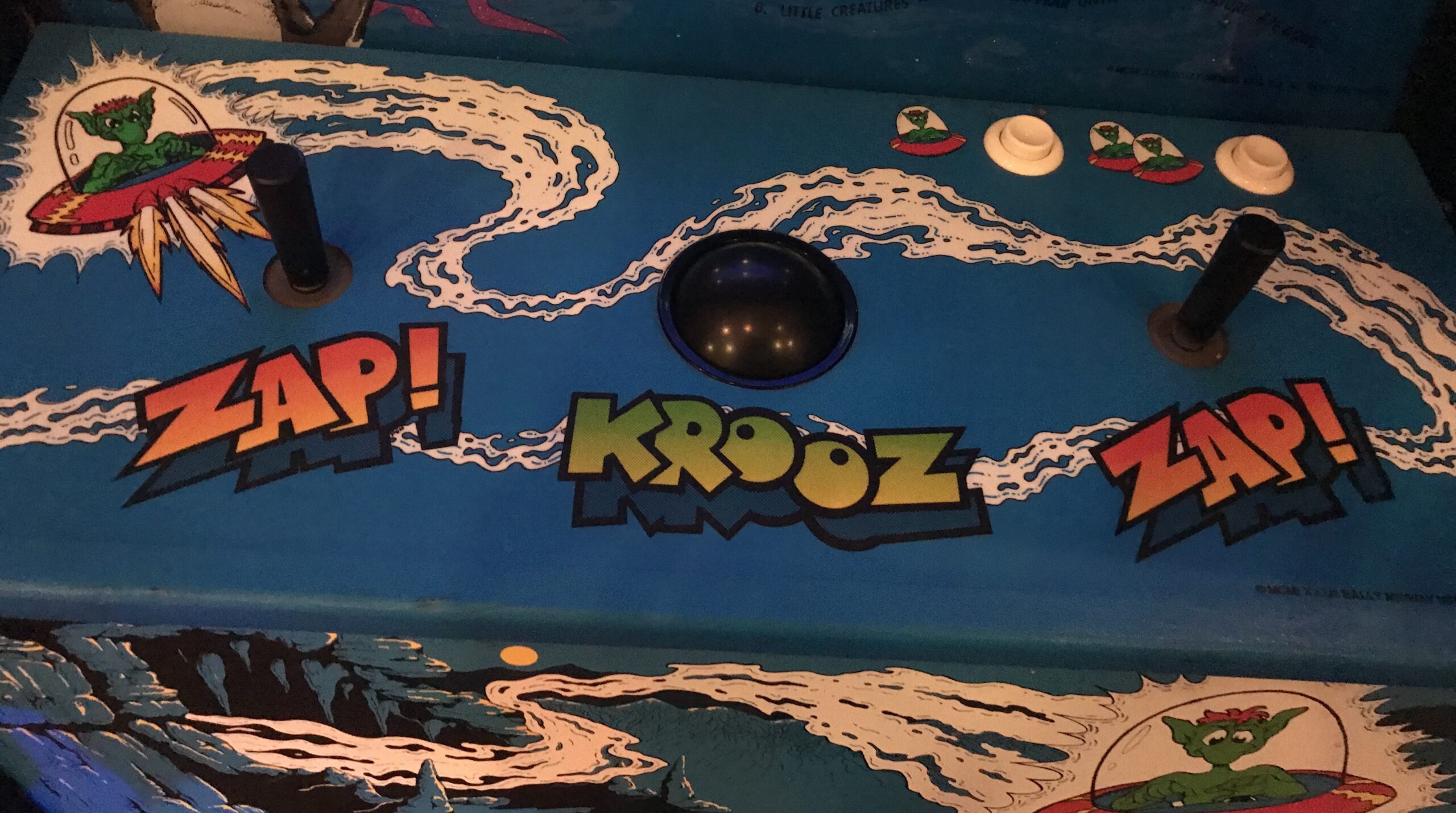 Lastly, the slanted nature of the control deck is awkward. It makes extended playing a bit tough compared to traditional games, due to the different elevations of the ball and sticks. Nothing too crazy, but noticeable. 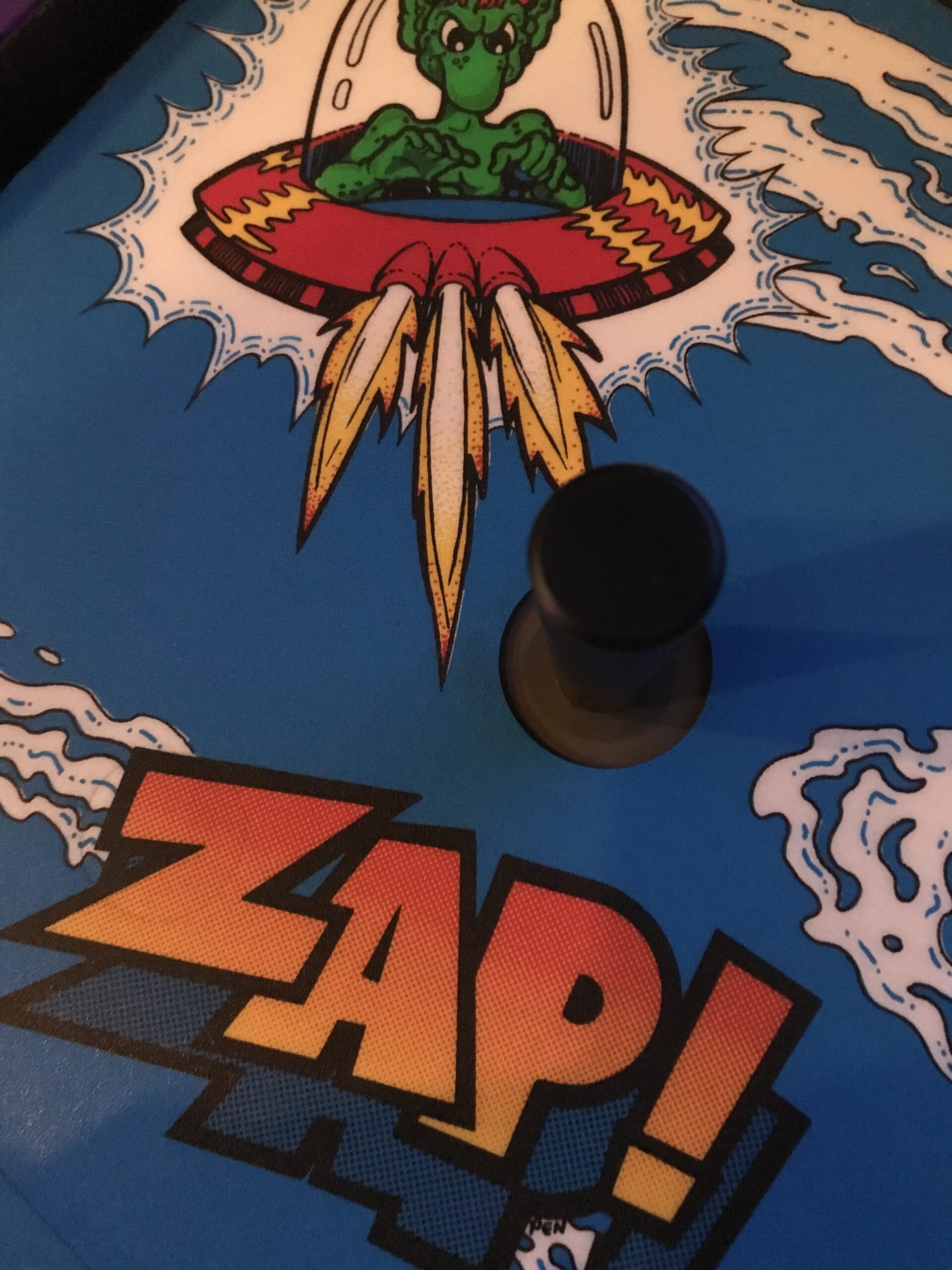 Wacko is a fun game that has solid gameplay, but doesn’t do much to stand out from the crowd that isn’t aesthetic. Worth a play for the wackiness aline, I suppose.

A World of Games: War Gods

A World of Games: Gaplus (Galaga 3)