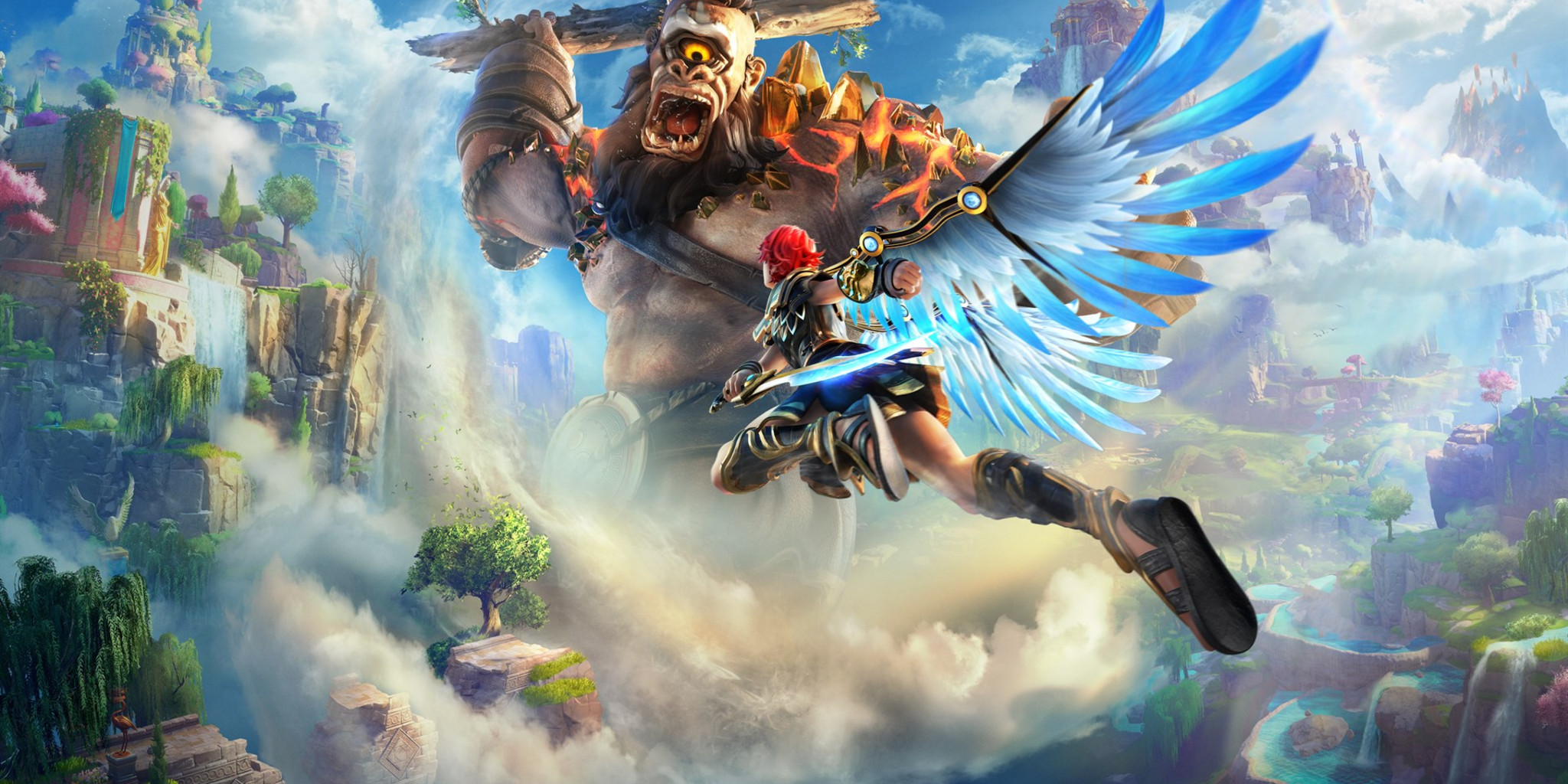 So let’s start by just jumping right in: Ubisoft’s open world action game Immortals: Fenyx Rising borrows heavily from Nintendo’s The Legend of Zelda: Breath of the Wild. It’s undeniable. But I’m not here to debate the merits of one game over the other. Rather, I want to take a dive and see if being a “Clone” of another game is really all that bad.

In video games, a clone game is typically one that has significant influence taken from a prior game. The influence can be heavily apparent, as is the case with the original Doom being followed up by all kinds of clones like Duke Nukem (Hell, Doom itself is a clone of Wolfenstein 3-D, but I digress). Or it can be a bit more subtle, like one RPG taken queues from another, only for the original to then adapt a concept from the latter (Dragon Quest and Final Fantasy, for example). It’s a lot more nuanced overall, but that’s the gist of clones.

I would also like to point out the differences between a game that is a straight copy of another, and a game that is heavily influenced or inspired by a prior game. In this regard a “Copied” game is in the wrong and has ripped off it’s source material for little more than a quick buck. Examples like bootleg games or non-publisher endorsed remakes of games come to mind. There are even some commercially released games that are literally identical to one another (Rock Band and Guitar Hero come to mind). A game influencing another, like the Final Fantasy/Dragon Quest example above, tends to see one game taking something another did and expanding upon it or otherwise using it in a unique way. The Arkham games and the Mordor games are very similar in execution, but they have many aspects the other doesn’t and only meet occasionally in the middle, kind of like a video game Venn Diagram.

For the most part clone games don’t offer a whole lot of new stuff to the genre. Those Doom clones for example were really just alternate options to shoot people in first person. Every now and then, though, you’d get something more innovative, like Quake’s 3D models and fast paced gameplay. These innovations, arguably, wouldn’t have been innovated if the original game didn’t first come up and pave the way. When a clone game tries to do something more than just emulate what the source has done, we sometimes end up with something better than originally thought.

The same can be said for the Legend of Zelda series as a whole. The influence of successful 3D games like Super Mario 64 lead to the success of Ocarina of Time. The developers went on record saying as much. Jump to 2017’s Breath of the Wild and we can see influences from open-world games like The Elder Scrolls V: Skyrim, Assassin’s Creed, and even Grand Theft Auto. The borrowed elements aren’t so egregious in BotW that you would say it is a carbon copy of GTA, but the influence is undeniable.

It’s probably important to talk about why we can say games like Doom and Grand Theft Auto are the ones being copied and not the ones doing the copying. To me, it all comes down to relevance. Grand Theft Auto is pretty synonymous with open-world games, and it’s prevalence in current gaming culture mixed with the overwhelming popularity of the game has earned it a spot in the echelon of “Uncopied” games. Combine a video games popularity with it’s iconic gameplay, and you’ve got the game to be copied by all other games that come after it.

And this is where we get to Immortals: Fenyx Rising. It absolutely borrows heavily from Breath of the Wild: The go anywhere, climb anything, but watch your stamina meter gameplay is right out of Nintendo’s series. The visual style is fairly similar too, with bright, wispy visuals creating a semi-minimal yet still utterly gorgeous world to explore. And everything else the game does can be attributed to other sources that have done it before as well: the world exploring, quest abundant goals are straight of literally every other Ubisoft series, the combo-based combat is reminiscent of the Arkham series, and you can get super technical and call out the cheeky humor and Greek mythology setting as borrowed from God of War before it.

But does that mean Fenyx is a clone of any of these games? Is it directly ripping off Breath of the Wild, or is it just taking what Link and company did well and applying it to its own landscape? I would argue that is exactly what Immortals: Fenyx Rising is doing, and we as a gaming community are all the better for it.

It’s not every day, every year, or really every generation a game comes out that brings something incredibly new to the world. However, Breath of the Wild did just that. The gameplay was familiar but new. The setting was the same, but totally different at the same time. The music was nostalgic and new. It all combined to make a game unlike any other. And a game unlike any other is bound to be emulated. Making a game that is like another is not something bad: it’s something honorable for the original game. It was so influential, so groundbreaking, it inspired other developers to take those ideas and run with it. And this is how we were given Fenyx Rising.

Immortals: Fenyx Rising wouldn’t exist, at least in the capacity it does today, if not for Nintendo’s Breath of the Wild. Yes, it takes a lot from that game, but it does them in respect of the game before it: they are so good, so fun to play around with it was inevitable a game would come out that utilized the same formula. This type of rehasing of excellent game ideas is how we as a gaming community have survived for this long: innovation begets more innovation and the players and developers are rewarded because of it.

What do you think of Immortals: Fenyx Rising? Is it just a Breath of the Wild clone or something bigger? I for one am hoping to see more from Fenyx and the Pantheon: I think there are more stories to be told, and more games to be made.

The Weird, Quirky, and Unknown Games in the Collection

The Pinball of the Dead⠀ Game Boy Advance⠀ ⠀

Error: Access Token is not valid or has expired. Feed will not update.