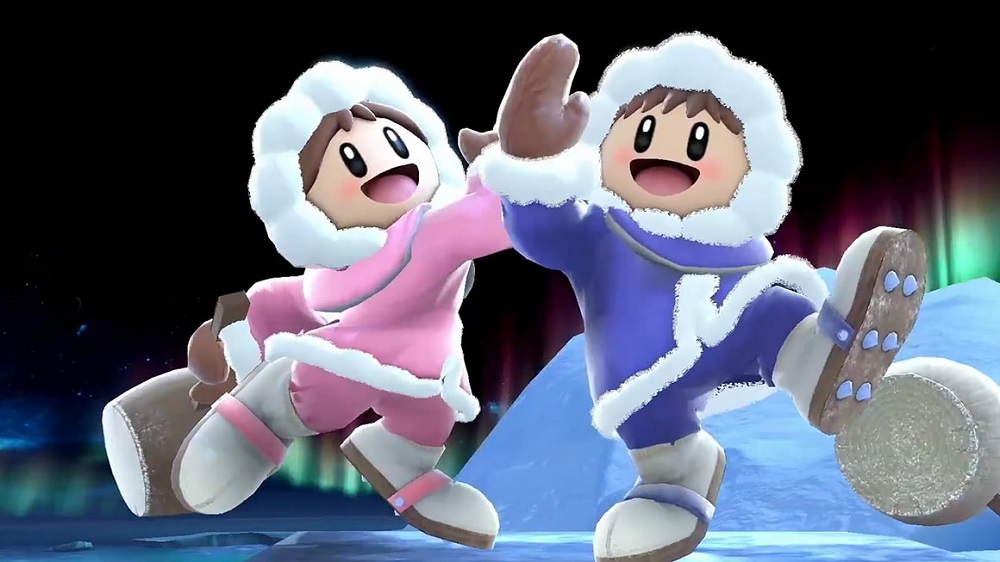 This past weekend marked the 1 year anniversary of the Nintendo Switch’s Animal Crossing: New Horizons. The weekend also marked 21 years of the Game Boy Advance over in Japan. For that matter, we’re also a couple years away from 40 for the original Nintendo Entertainment system. There’s so many things to celebrate, to not celebrate, and so many others we’re probably forgetting about.

I know I’ve vaguely talked about this before on the blog, but let’s discuss again with a Nintendo-focused attitude. The Big N has countless amazing games and franchises that have been around for decades, and even more that are just as amazing and are still in their infancy. For every “Year of Luigi” we have, the collective gaming community misses a “Year of F-Zero” or celebration of Mario Kart’s 30 year anniversary (it’s next year…). Let’s take some time to shine a light on Nintendo’s history we always seem to gloss over.

The King of Swing is still fully present in Nintendo’s pantheon of characters you see in every Mario Party and Mario Kart out there, but we haven’t seen a “Proper” Donkey Kong game since Donkey Kong on the original Game Boy back in 1994. The climbing/puzzle/arcade game was iconic, and while the character of DK has left the confines of this game, the impact is often forgotten. I don’t think we’d have Mario if it weren’t for Donkey Kong, and we need to respect the gorilla.

Often regarded as one of the best RPGs on the Super Nintendo (which is saying quite a lot when other classics like Final Fantasy IV and VI, as well as Chrono Trigger graced the console), Nintendo has given surprisingly little recognition to the series. North Americans were even more left out, as the original game released over 25 years later, and we never actually got the third game in the series at all. The iconic status of this game make me think an anniversary event with a new game, or hell even just a North American port of Mother 3, would be met with universal praise and hype. It’s been long enough.

Punch-Out!! is iconic: what other game has such a memorable final boss? And what other game has a final boss that a real life person? Punch-Out!! got some love in 2009 with the Wii’s aptly named Punch-Out!!, but the series has been silent since then sans some ports. The mix of boxing and puzzle/strategy to win each round was amazing, and should translate well to today’s crowd. Eccentric characters, satisfying gameplay, and some great music would be what this series needs to get a new entry and celebrate it’s 35th anniversary!

It seemed like Nintendo was pivoting to give the Excite series a reawakening on the Nintendo 64 era, then again on the Wii (Excitebike 64 and Excitetrucks/Excitebots respectively). However, those games would be the last we would hear from this dirtbike/monster truck racing series. A track editor that was ahead of its time as well as some catchy music made the original a fun video game. The over the top action of the Wii sequels were welcome additions, and made it seem the Excite series would be Nintendo’s quirky fast paced racing series. But alas it was not to be, and the series is in the memory of older gamers where it will stay.

This one is near to my heart, as I adored the original Advance Wars on the GBA. Part of a series dating way back to the Famicom, the Wars games are a series of strategy RPG titles that pit one faction or group against another, outwitting and battling opposing forces until one side emerges victorious. It’s basic Strategy RPG gameplay, but it’s done so well it shouldn’t have been forgotten like it has been. I grew up playing both the GBA games and even the DS games, but have been waiting impatiently for the next release to drop. And I know full well it won’t be happening any time soon.

To clarify, Nintendo has been doing a stellar job of releasing Fire Emblem content ever since the game’s popularity skyrocketed upon the release of the 3DS’ Fire Emblem: Awakening. However, there is such an expansive catalog of titles Western audience have never even seen! It seems Nintendo is intent on bringing some of them over, but the other major problem is just how damn hard it is to find some of the actually released North American games! Path of Radiance and Radiant Dawn on the consoles, and even the Game Boy Advance games are so expensive these days it’s near impossible to find and play them. To properly appreciate this 30 year old series, and nice compilation/anniversary event would be amazing!

Nintendo doesn’t have any other games that fill the void the Metroid series does. The action space shooter has been a staple of Nintendo’s catalog for a long time, with many entries considered to be the best the series has to offer (Super Metroid and Metroid Prime, for example). Despite near universal acclaim across the board, I haven’t seen a large re-release or anniversary event for Samus and crew. And that’s a shame: I would absolutely replay some of these older games, and I know many of you would love to have the chance to play and enjoy them too!

When Golden Sun first released on the Game Boy Advance it seemed Nintendo was finally appreciating the RPG genre it so often forgets. The game was a callback to what made the SNES era of gaming so fun. And then just like that, the series was forgotten. A sequel on the DS was nice, but it wasn’t nearly as memorable or fun as the GBA originals. The world built in Golden Sun is one I’d love to revisit. The GBA originals are also amazing RPGs in their own right, and we haven’t seen a re-release of them ever: They are still exclusive to the mighty portable.

Predating Nintendo’s flagship racing series Mario Kart by two years, the fast and futuristic F-Zero doesn’t get any respect from Nintendo. The game is nothing like Nintendo’s other racing games, and offers something you might describe as more “Hardcore” an experience compared to Mario’s outings. The Gamecube saw the last proper racing entry in the series, and if you include the GBA games the series has been dormant for nearly 20 years. Definitely need to bring this series back and with a passion: Gamers deserve to know why Captain Falcon is included in Super Smash Bros. for all these years!

Speaking of Super Smash Bros., I feel if that series didn’t exist no one nowadays would even know where the character Pit originated. Kid Icarus saw a single release on the NES, then a sequel on the original Game Boy, and a proper followup in 2012’s Kid Icarus: Uprising on the 3DS. And sadly that was it. The Greek-inspired fantasy adventure series is no where to be seen, despite having possibly one of the richest backgrounds of any game on this list. Pit and crew can be funny, they can be serious, and they can be just as fun to play as Mario and Zelda, if Nintendo just gives them the recognition they deserve. It’s been 35 years Nintendo: it’s time.

The little series that could, The Legendary Starfy never had a chance to shine. Prior to the only North American release (and the last release in the series) on the DS, Starfy had 4 other Japanese exclusive platformers to its name. Apparently the world was too small for another cute, fantasy-inspired action platformer to Nintendo, as we haven’t heard from the little Star for over 12 years. Though the games were relatively easy, The Legendary Starfy had a lot of charm and appeal that could have been utilized to release even more, quality games. For Nintendo’s credit, they likely axed this series since the Kirby series seems to fill the same hole, but I wouldn’t mind seeing this little guy for just one more game.

Honestly, this list can go on and on and on. A testament to the company, Nintendo has a huge back catalog of franchises, characters, and IPs they can pull on whenever they want. Admittedly this is largely what Nintendo does: appeals to the nostalgia in gamers. However, there are many of us, myself included, that also grew up enjoying the above games along with Mario and Pokemon. Here’s hoping these series’, and all the ones I’ve missed, can get the callouts and respect they deserve for serving the gaming community all these years.

Game Hunter’s Journal: What To Look For When Browsing Games