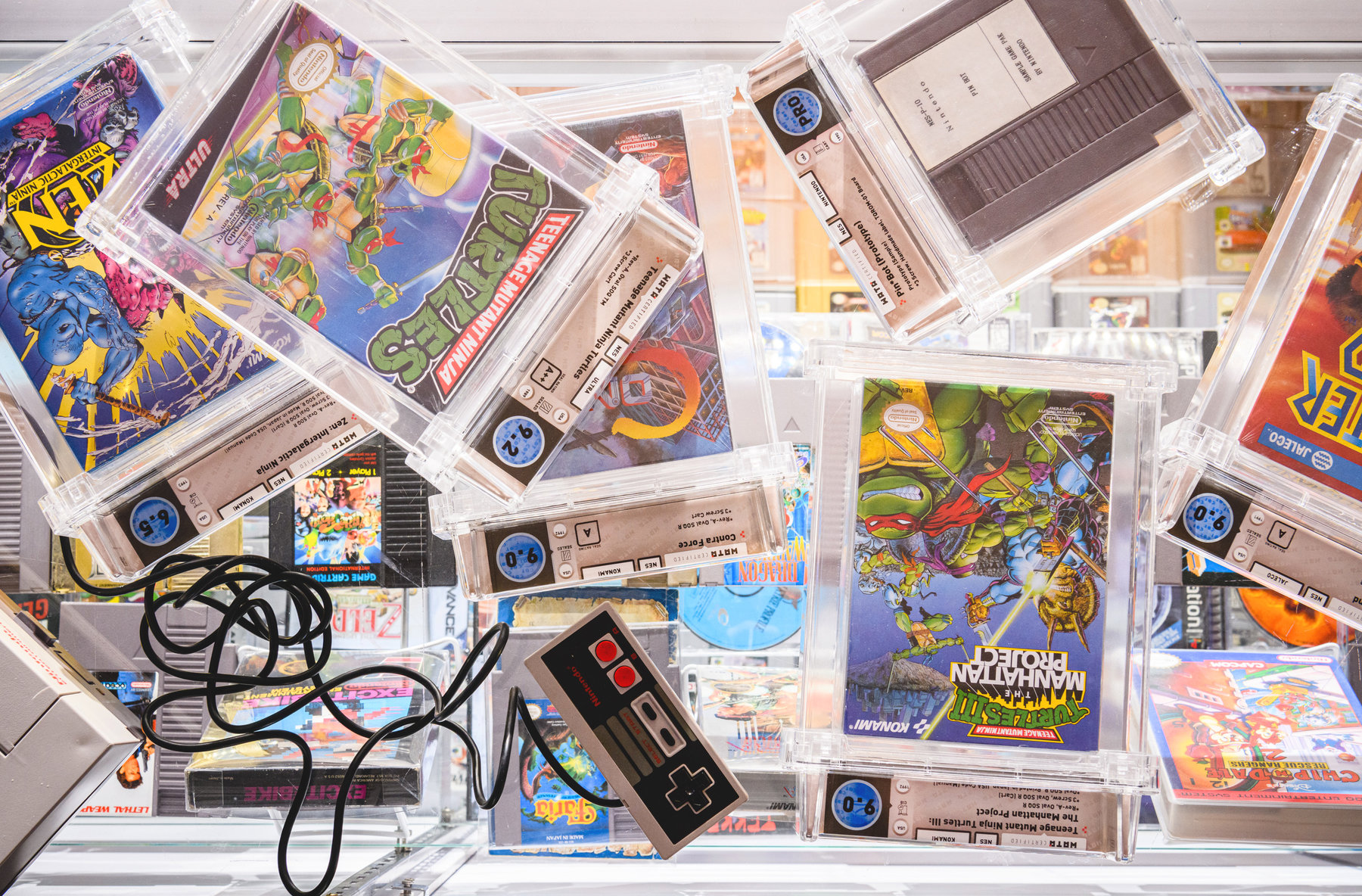 If you take a look at PriceCharting.com or eBay, you’ll see retro game prices higher than ever before. Games that were under $100 this time last year, are well over that now. Playstation games are crazy high right now, and many other retro games are too! While I can easily blame the ongoing pandemic for causing the prices to go up and up, what I cannot really grasp is why people are buying them.

To track my game collection, I use the app (and I believe there’s a website version) called CLZ Games. The app is convenient when searching for games as it allows you to quickly see which games you’ve already added to your collection, and you can include details like if you have the manual and case, any special editions, or any notes you want to add. Somewhat recently, they integrated a value feature using data pulled from PriceCharting. This means you can see what your games are “worth” in terms of their relative value based on current sales data PriceCharting uses. If you are like me, it’s kind of fun to watch these numbers for your games go up.

But lately they’ve been going consistently up. Like, way up.

Taking a look at some games I was honestly shocked to see the amount of money they are pulling in these days. The original three Pokemon games on the Game Boy have always been a bit pricey complete in box, but this past year their average price increased by almost $300. Paper Mario and The Legend of Zelda: Ocarina of Time on the Nintendo 64 saw similar increases, with each game jumping about $200 and $100 respectively. There are similar stories for other well-known systems and consoles as well.

Demand drives the market, and demand must be high for games that are low in supply. To be fair, we need to clarify that statement: … for physical games that are low in supply. Each of these games mentioned have had ports and re-releases on various consoles, meaning you can (or in some cases could) get these games on modern consoles for fractions of their physical counterpart. This is telling me video game collectors and hobbyists are purchasing these games, and not fans that want to relive their younger years. Or at least not most of them…

I can understand why you want to play a game from your childhood or earlier years. The past year sucked. You might have some extra money in your bank account from the recent stimulus checks. You could still be working from home and have easy access to a television and a game console. There are many, many reasons. But what I cannot understand is why one would pay these prices. Klonoa: Door to Phantomile on the PS1 for $750? Like, seriously?

Don’t get me wrong: I know the excitement of owning a rare or expensive game. Especially if that game hasn’t been released elsewhere (like Klonoa, for example). But there has to be something said to folks spending that much on a game. It does nothing but drive up the potential price of others trying to sell and buy the title. If someone sees, say, Klonoa sell for $700+ on eBay, they will be inclined to sell theirs at that price point too, effectively setting the standard for that game’s price. Sure, this is how economics work, I get that. But where does it end? Will buyers and collector’s continue to nudge that number higher and higher until the price is so absurd the general collection population will never feasibly afford it?

I cannot look into the future and see what will happen (at least not yet), but I can predict the game collection boom we’re seeing now will die down. And I can see that for two reasons. The market will become over saturated with high priced games, and sales will simply decline. Sadly I think the higher threshold we’re seeing now will continue, but the consistent increase in cost will diminish. Second, the collectors that are purchasing these games nowaday will already have the game in their collection, and no longer need to purchase another. I’m sure that are hundreds, if not thousands or more, collectors out there looking for a copy of Canon Spike on the Dreamcast. Once they find that copy, their interest in seeking out and paying top dollar for another will dwindle and disappear. Just predictions, but two I am hoping will come to fruition.

What does this mean for the game collection community as a whole? Currently, I think it means we’re spending way too much money for video games for no justified reason. It’s kind of like the Tesla Stock jump this past year: the stock for Tesla rose sharply over a somewhat short amount of time. The folks that had stock in the company saw significant increases in their portfolios, and those with a fear of missing out jumped into the stock and bought while the price was high. This in turn caused even bigger gains for those with the stock, and even more people wanting to get in on the action. Coincidentally, the same game be said for GameStop’s stock jump earlier this year. The same goes for retro game collecting: collectors are only buying these games now, at significantly higher prices that normal, because they fear the price will continue to go even higher, without realizing their superficially inflating the prices of their own products. Again, just speculation here, but I would say this will come to an end within a year’s time, and those that bought these crazy expensive games will either sit on a loss for their overall value of the purchase, or see little to no “return” on their investment.

I am not one to really care about the value of my game collection. While it is definitely fun to see a game’s price go up and down as demand increases and decreases, it doesn’t change the product in question at all. Cubivore on the Gamecube will always and forever be Cubivore on the Gamecube. The amount of money one pays or does not pay for the game doesn’t physically change the item itself. The perceived value may be higher to an individual, yes, but the game will be the same game someone bought and enjoyed over a year earlier. If you want my advice, I would say don’t even try to buy any retro games right now. It’s just not worth it. Rather, pop open that console game you’ve been meaning to play for years now, and give it a go. The absolute best part about video game collecting is actually getting to play the games you purchase. And I’m sure you’ve got a ton just waiting for you to enjoy!