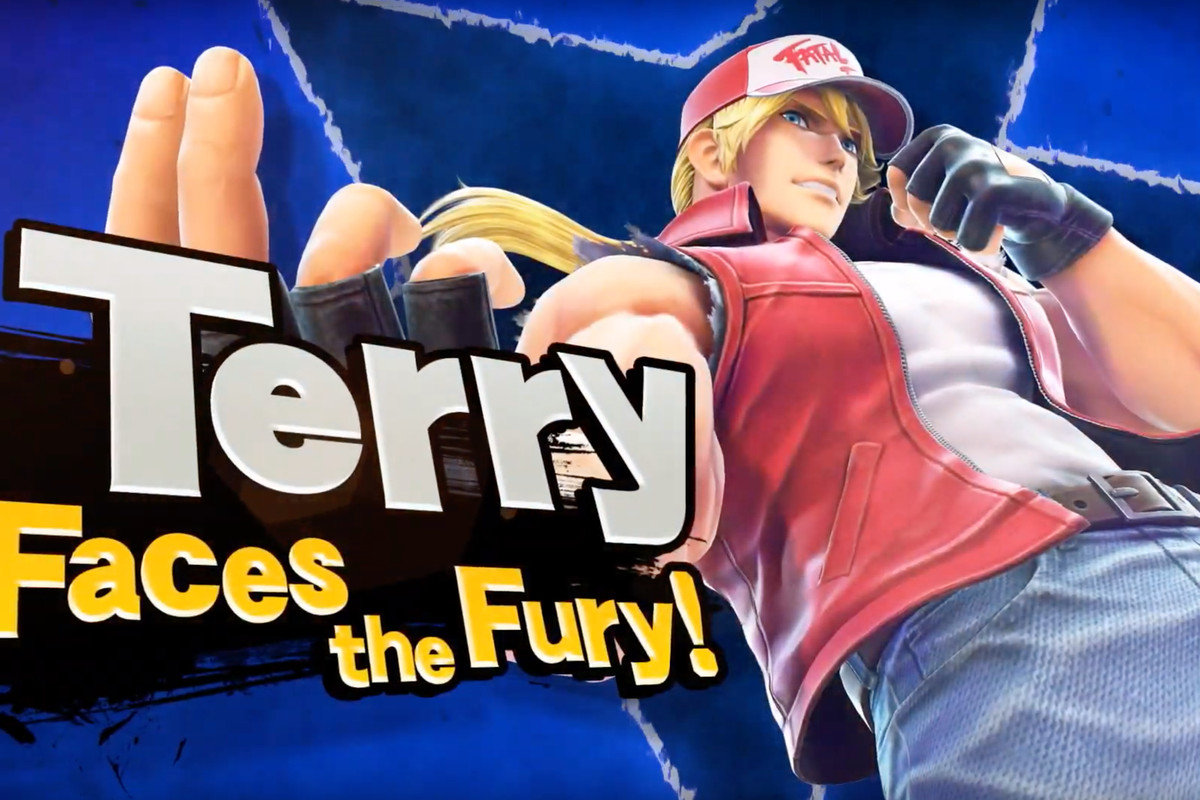 I was damn near shocked during the latest Nintendo Direct when it was announced Terry Bogard from Fatal Fury would be joining the roster of combatants for Super Smash Bros. Ultimate. Honestly shocked! Had that rumor/leak not come up a few days prior, I would have been totally blown away by this seemingly random inclusion.

But I am sure there are many, many out there who let out a resounding, “WHO?!” when Terry was revealed.

While I think Terry is an excellent pick, I do concede he is definitely out of left field. Sure, other more recognizable characters could have been included, but I have to shout out Nintendo for including one of the oft-passed over veterans of the gaming scene.

And this got me thinking: Which other game characters no one has heard of actually deserve to be included in Smash Ultimate? Deserving a seat at gaming’s quintessential crossover brawler is assuredly up for debate. Regardless, I wanted to present ten more characters that are just as iconic as Fatal Fury’s Terry that I would be amazed to see show up in Smash.

So, in no particular order, let’s take a look!

Woohoohoo, this would be an amazing pick! And it couldn’t come at a better time! A brand new entry in the ToeJam & Earl series released a few months back, so a little cross-promotion by being in Smash makes sense. A team of two fighters at once, like Duck Hunt or the newly released Banjo and Kazooie, ToeJam and Earl would bring the funk to the ring. And think of the wacky moves they could have: A random powerup from a random present, jumping on pogo sticks, getting a cloud of lightning to follow people around… it would be wonderful.

Remember Glover? The PS1/N64 game where you play as a disembodied glove guiding a ball toward a goal? No? Well you missed out, because Glover was a mediocre gem of a platformer. Surprisingly deep for a game about a glove, there was some well designed levels that took advantage of the physics of the rubber ball you were escorting. Also… Glover! He’s a glove with a face! He’s essentially an anthropomorphic Master Hand, so some comedy in that respect is almost guaranteed.

Waaaay before Stardew Valley and even before Animal Crossing, a little farming sim called Harvest Moon was released on the Super Nintendo. Several decades, console generations, and sequels later, and Harvest Moon has a dedicated following. What better way to celebrate than to have the original series protagonist, Pete, as a fighter? The Villager from Animal Crossing is in the game so naturally some farming beef would need to be between the two. Pete has an arsenal of tools similar to Villagers, including axes and shovels, so maybe an Echo Fighter would be the best route here and I’d absolutely love it!

When thinking of PlayStation era mascots, three big names come to mind: Crash Bandicoot, Spyro the Dragon and… Gex? Saru from Ape Escape? Snake from Metal Gear Solid? Well… he’s already in the game, so not him. But what about Croc from Croc: Legend of the Gobbos! A little crocodile with a backpack who collected gems and furry creatures, Croc failed to standout in an era of other big name platformers. His first game did well enough to garner a sequel, but after that, Croc fell into video game obscurity.

Oh man, was there a cooler looking game than ClayFighter back on the SNES? And no one was cooler than the resident snowman himself, Bad Mr. Frosty. Hailing from a fighting game already, Bad Mr. Frosty would lend his specific brand of chaos well to the Smash roster. His unique clay-body could even come in to play! His inclusion would be such a fun throwback, and a great way to expose this hilarious and actually really fun franchise to an entirely new generation of gamers.

Everyone remembers Pac-Man and Frogger and aliens from Space Invaders, but has time forgotten the wacky Q*Bert? The oddly long-nosed orange monster that liked to jump in cardinal directions would be another great classic representation to the Smash lineup. Nintendo could get creative with his moveset, seeing as all he is really known for is jumping. Incorporating some enemies of the Q*Bert series in to the little guys attacks could be a nostalgia trip for some, and history lesson for others.

I am all for wacky character inclusions, and what could be wackier than a child-friendly car out for blood? Putt-Putt is the main protagonist of the educational adventure series of games you likely saw on PC but maybe hadn’t played. Having an actual car as a combatant would bring some variety to the roster. Is there a better representation of an educational game star?

A little bit more well known than other entries on this list, Jim jumps back in his power suit to take on his new Super Smash Bros. foes! Bringing his signature sense of humor to the franchise, Jim’s moveset would include groovy additions like plasma blasters, using his mucusy friend Snott to jump back on stage, and a final smash where he rides his hover cycle and blasts away everyone on screen. He could even take enough damage and eject from his suit, being reduced to just his worm form for a short time as well! Make it happen, Nintendo!

The TurboGrafx-16 had it’s fair share of defining games, but perhaps none were more well regarded as Bonk’s Adventure. A tiny caveman with a huge head, Bonk used his noggin to clobber foes in his game’s prehistoric setting. In the video game wars of the 90s it was often Mario and Sonic you’d hear the most. Occasionally, and probably foolishly in the long run, someone would bring up Bonk. He’s a perfect fit for a random Smash addition. If nothing else, at least we could finally see Mario, Sonic, and Bonk duke it out.

Representing an entire genre and style of gaming lost in time, Dirk the Daring from Dragon’s Lair would make such a splash in Smash!! He could be animated in his signature hand drawn style. He could have a final smash that requires random, fast button sequences to fully unleash. He could even have some zany pitfall or death animations ala the original games. Laserdisc games are a thing of the past, but Dirk doesn’t have to be!