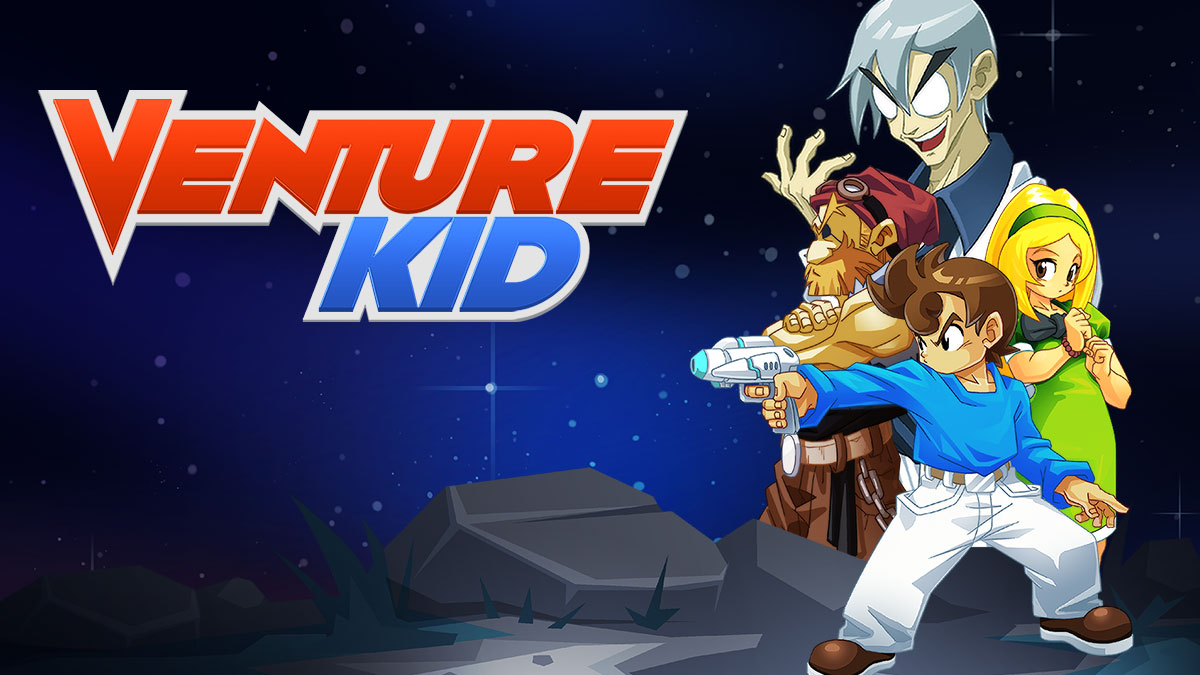 It’s no surprise that I am a big fan of Mega Man. One of my absolutely earliest gaming memories involves waking up early on the weekends to play a rented copy of Mega Man III on our NES, before my brothers got up and wanted to play too. Jumping ahead a few years and I found myself in love with Mega Man X on the SNES, dabbling (and kind of enjoying) the spinoff Battle Network series, and even going so far as to write a bit about the Blue Bomber here on this blog.

With a pedigree such as Mega Man’s, it is of no shock to anyone there would be clones. The simplicity of the jump and shoot action, taking the powerups of your defeated foes, finding secrets if levels… the list can go on. While Mega Man himself has definitely gone past his prime, the resurgence of retro-style games on current consoles has allowed others to breathe new life into the run and gun gameplay I grew up admiring.

There are excellent games, like 20XX, which take the best parts of the Mega Man franchise and mash them up with the most exciting elements of the new’ish rogue-lite genre. The resulting game had me addictive to go through just one more run, and made me appreciate why I love these types of games all over again.

And then there are just okay games, like Venture Kid.

Let me start off by saying Vetnure Kid is in no way a bad game. The Mega Man inspired gameplay is tight. The controls are responsive, the music is pretty good, and the animation looks like it was pulled right off an old NES cartridge.

The main issue I have with Venture Kid is the missing magic of Mega Man. Never did the game give me the sense of wonder I had when battling Robot Masters as a six year old on a Saturday morning (or even as a 30 year old after work with 20XX). The game felt like it was just going through the motions, and did not stop to do anything to truly imitate and enhance the Mega Man experience.

For example, there is a boss you fight that has you battling in a mine cart. The boss is also in a mine cart. Here I was, thinking, “Oh man, this will be exciting!” Only to be disappointed the battle ended up being a repetitive back and forth between him throwing out enemies and me timing jumps. That type of gameplay is what I had been doing the entire level (and all prior levels) beforehand, so having a “Boss” be ultimately the same as a normal enemy, just with a meatier health bar was disappointing.

I feel like Venture Kid had so many almost-there moments. Take the weapons you earn by defeating bosses. They aren’t just combat abilities you’d find in traditional Mega Man games: Some of them aid in exploration, like a double jump, or a shield that protects from spikes. I was thinking, “Oh, now I might find some new paths on old levels,” only to realize no such paths exist. If the abilities weren’t going to be used to add some replay value, why have them in the first place?

Perhaps that question can be answered by the final boss, which is an obvious nod to the Dr. Wily stages in classic MM titles. I went through a stage and was greeted with a pair of doors. So I thought, naturally, “Oh, I bet this is going to be the boss rush. I’ll have to defeat every boss again!” Nope. I defeated one of the two, and just proceeded to the next stage. No endurance challenge, no added boss strategy… just the same fight at the end of a level.

At least the game’s end boss was a fun fight. Here I actually did find myself using some of the aforementioned exploration abilities like the double jump. They probably weren’t necessary to use, as the challenge of jumping through moving platforms and pitfalls weren’t all that tough (thanks to the game’s tight controls, I should add!), but they were nice to have. The multiple forms of the end boss were the biggest hurdles they game threw at you, and I was still able to complete them on the first go through.

Perhaps I am missing what others enjoy about the Mega Man games. I know a large community of gamers love speedrunning these games, and Venture Kid does have some other non-story modes that could be worth your time. Still, the overall experience just wasn’t as engaging as I had hoped, and I couldn’t see wanting to play the game again, speedrunning or otherwise.

Again, Venture Kid isn’t a bad game. It is just so average it’s kind of painful. When I hold the game it is trying to be on a high pedestal, it makes the overall feeling feel lukewarm at best. I was, however, able to pick up the game on sale for less than $1. For that price I can’t complain much, as it did provide a solid hour of entertainment.

Cat Quest is the Purrrfect casual RPG for Cat Lovers