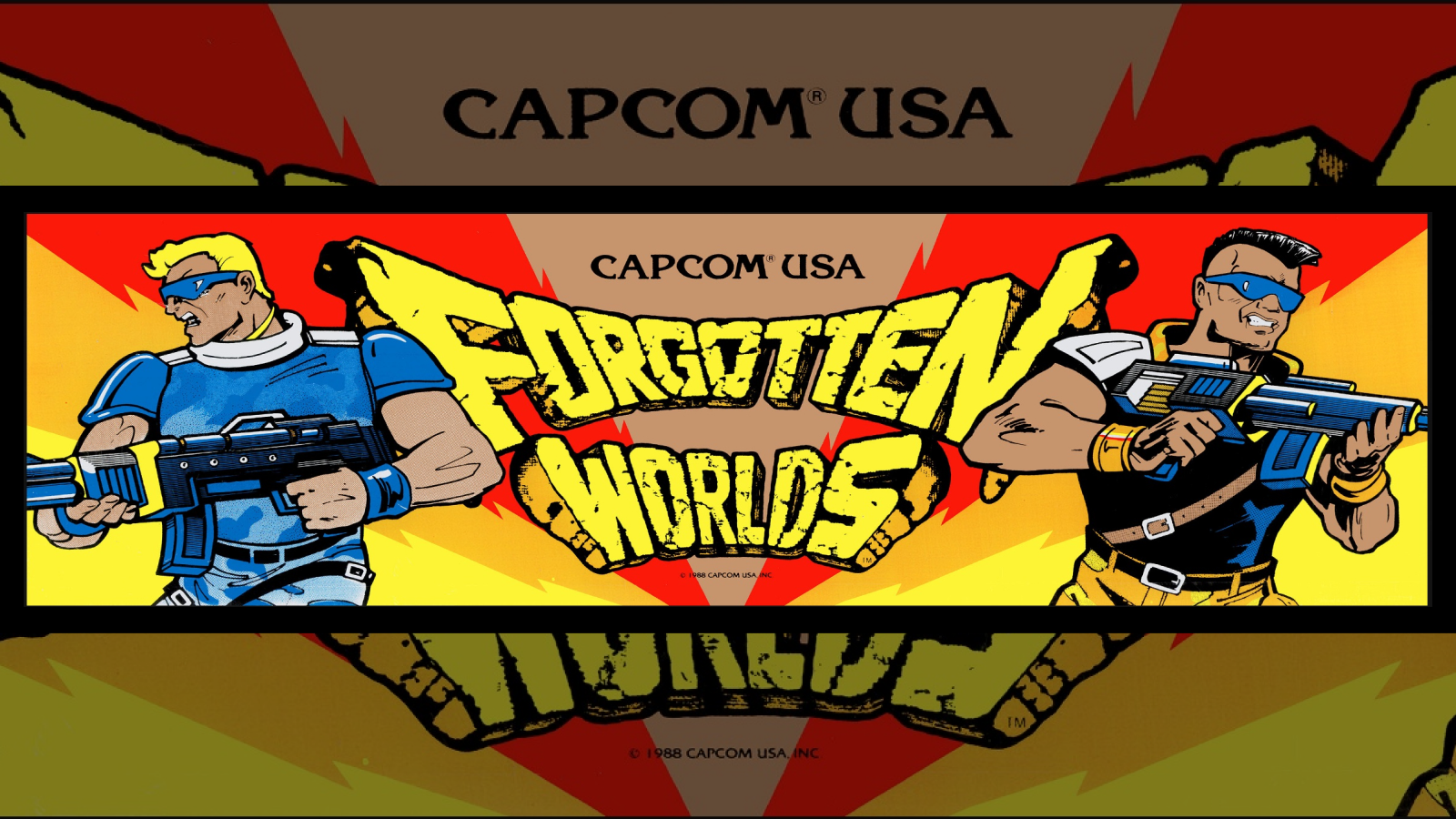 After the success of games like Contra, Ikari Warriors, Commando and so many more, it was apparent the shooter genre was a winner in the arcades. A notable game that I don’t hear too often anymore is Capcom’s Forgotten Worlds.

Debuting as the very first game to be released on the Capcom CPS-I arcade hardware, Forgotten Worlds is a side scrolling shooter in the vein of the above mentioned classics. You and a partner can play through a handful of worlds, flying around and shooting all manner of guns at a variety of bad guys, all the while dodging bullets and evading collision with enemies. It’s pretty standard affair for the genre, but it’s handled well here with tight controls and solid gameplay progression.

I think the thing that really stands out though are the visuals: for a game released in 1988 in the arcades Forgotten Worlds is gorgeous. Very large sprites, especially the boss encounters, are of particular note. I was too young to enjoy this game when it first released in arcades, so I can only imagine how this game looked compared to other games released in 1988 like Altered Beast or Bad Dudes or even Double Dragon II. All classic games by every stretch of the word, but fairly different visually.

My first and really only experience with Forgotten Worlds was from the arcade port being included in the PS2’s Capcom Classics Collection vol. 1. I, like many of you I’m sure, first found the game there and enjoyed it. The Contra-like genre has never been one of my go-to favorites, but I still like a fun, mindless shooter every now and then. Forgotten Worlds delivers on that, and is particularly fun if you can find a friend to play with (and if the cabinet is set to free play, because you’re going to die a lot).

Despite having great in-game visuals, I think the marquee for this one is lacking. It just seems so generic being two dudes firing a gun. It could have featured any one of the bosses, or perhaps something other than two guys. There’s freaking aliens and dragons in the game, I’d much rather see those up there! Fortunately the rest of the cabinet, especially that screen overlay, do the game justice in showcasing what it has to offer.

I do not think I have seen this game anywhere else besides Galloping Ghost. In researching here it seems the game isn’t incredibly rare, I guess I’ve just not seen it too much growing up. If you do find one and have a bit of time to spare, I say give it a shot. Especially if you think of yourself as a fan of the side scrolling shooter genre.

A World of Games: Mace: the Dark Age

A World Of Games: X-Men