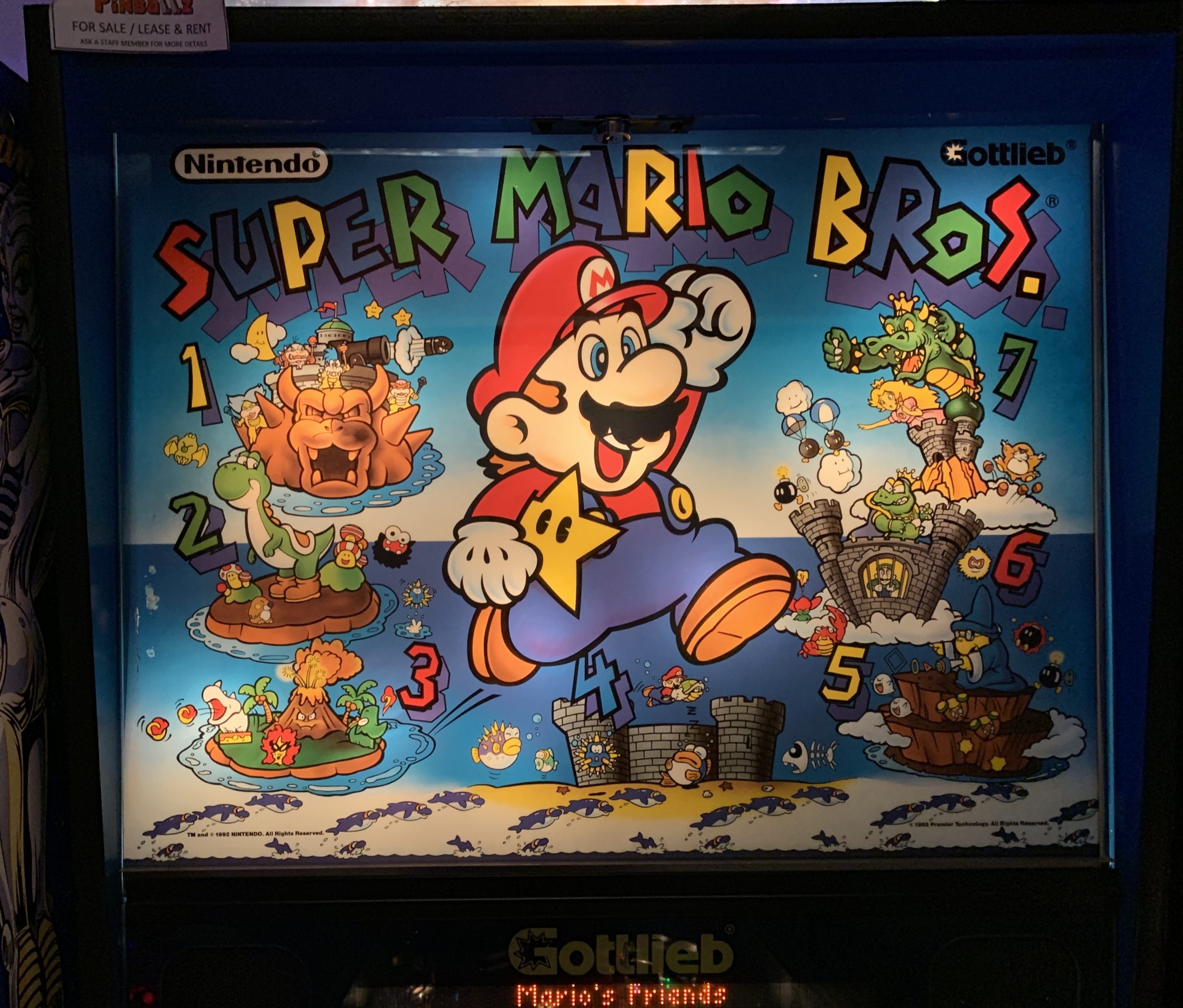 Ever since attending California Extreme for the first time back in 2013, I’ve been more interested in pinball games. Seeing hundreds of machines on display in one location really makes you see and appreciate the advancements and quirks between generations and machines.

Before having this luxury of cabinets to play, my experiences with pinball machines were limited to pizza parlors and random arcades. By eyes were intrigued by what I found familiar, and even though it wasn’t the best pinball machine out there, I always enjoyed playing Super Mario Bros. Pinball whenever I could find it.

Though it was a bit harder to find than other machine, the Super Mario Bros. pinball cabinet always stood out. The bright blue color, Super Mario World artwork all over, and the flashing lights of any pinball machine lured players in. When I was younger I just thought it was so cool to see Mario in the arcades!

The pinball game itself is fairly standard, albeit with a Mario theme: hit Koopa shells to unlock bonuses, shoot the castle to defeat bowser and get a bonus, etc. Below the marquee is a video screen that plays random segments of Mario and crew running around and defeating enemies, adding even more Nintendo goodness to this strange cabinet.

Brand recognition is a huge part of any cross-promotional product, with Super Mario Pinball being no exception. This game does, however, make me question why Nintendo didn’t attempt this more often. There was a followup pinball machine with a Mario theme, but as far as I can tell there are no other Nintendo pinball machines. Does anyone else know of others I am forgetting?

Did you play this game? And if so, was it one of your childhood favorites, just like me? Let me know, and I’ll catch you next time!

A World of Games: The House of the Dead

A World of Games: Sonic Championship