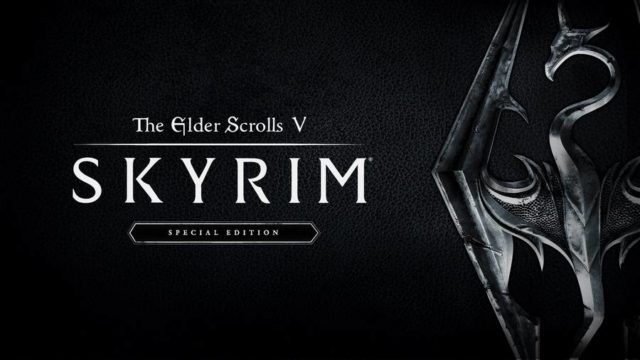 With the re-release of The Elder Scrolls V: Skyrim, I’ve finally gotten a chance to play what many call the greatest Western RPG of all time. It is strange that I somehow played the previous title, Oblivion, multiple times, and actually owned the original Skyrim on Xbox 360, but never played Skyrim until this re-release. Regardless, I can say without a doubt after having spent dozens of hours scouring the land of Skyrim that this game is all kinds of fun! END_OF_DOCUMENT_TOKEN_TO_BE_REPLACED

One of the most pleasant things to come out of this year’s E3 show was Bethesda’s announcement of a brand new Fallout game, and I’m not talking about Fallout 4. A little iOS game (soon to be on Android) called Fallout Shelter was released directly after the Bethesda Press Conference, and I, like many gamers, downloaded it immediately. Having little to do with the actual world of Fallout and instead focusing on the Pipboy renditions of persons and the Vaults themselves, Fallout Shelter is a fun way to waste a lot of time. If you’re looking for something substantial to hold you over until Fallout 4 releases this Fall, you’ll probably want to look elsewhere. END_OF_DOCUMENT_TOKEN_TO_BE_REPLACED

All the excitement and buildup to the year’s biggest video game show has come and gone, and left in its wake are dozens of new game announcements, trailers, demos, and press conferences. On the whole I felt this year’s E3 dwells in comparisons to last years (which may stem from my Nintendo fandom), but nonetheless there were plenty of great experiences to take away from this years show. Even if Capcom didn’t announce Power Stone 3 yet. END_OF_DOCUMENT_TOKEN_TO_BE_REPLACED

Recently it was made aware that Obsidian Entertainment, the company responsible for the excellent game Fallout: New Vegas, was not given any royalties or bonuses for the game because the game failed to garner a high enough score on aggregate review site Metacritic. Aside from this being a terrible story for the talented developers over at Obsidian, it is also a ludicrous practice for a publisher to utilize. There has been a bevy of articles and opinion pieces on the situation, with a lot of the argument aimed at Metacritic. But is Metacritic really to blame, or should the pointed finger of the outraged public be directed towards someone else?

END_OF_DOCUMENT_TOKEN_TO_BE_REPLACED

With the upcoming release of The Elder Scrolls V: Skyrim on the memorable date of 11-11-11, I started thinking about the previous game in the series, Oblivion. I was fortunate enough to be given the game as a gift a few weeks back, and after 42hours and 13 minutes, I have successfully completed the game for the Xbox 360. So how does the 5th anniversary treat Oblivion? Well let’s just say I’m pretty damn excited to play Skyrim next month.

END_OF_DOCUMENT_TOKEN_TO_BE_REPLACED

I’ve been playing the amazing RPG Elder Scrolls IV: Oblivion to get ready for the upcoming release of The Elder Scrolls V: Skyrim, and I’ve been enjoying every minute, nay, hour, of it! I’ve also been dabbling in the fantastic little DS game known as Kirby Mass Attack. So what is it about these games that makes them so good? Read on…