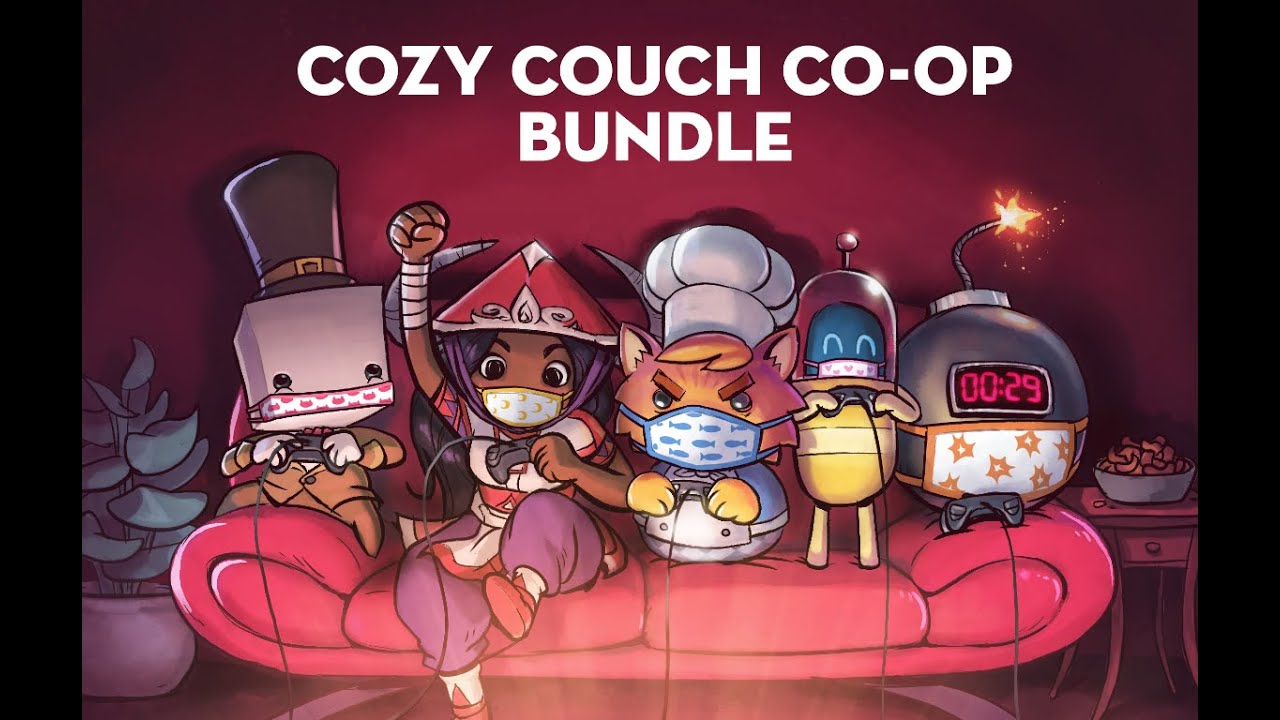 Should we try a new game? I have a few new ones that could be fun... or should we play the same game we played last week? Right, same game it is! 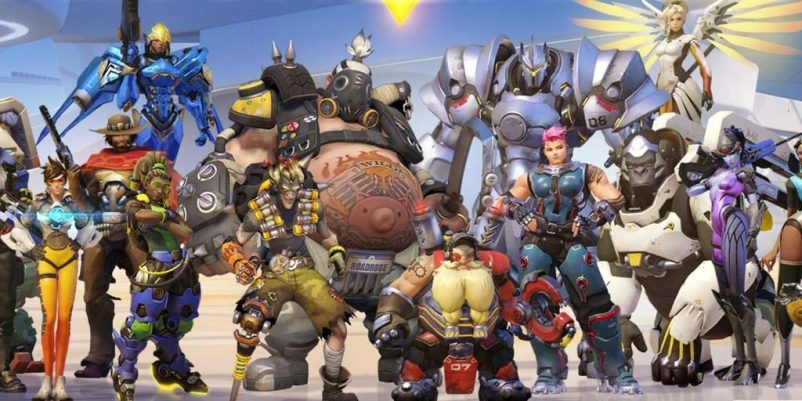 The world could always use more heroes. 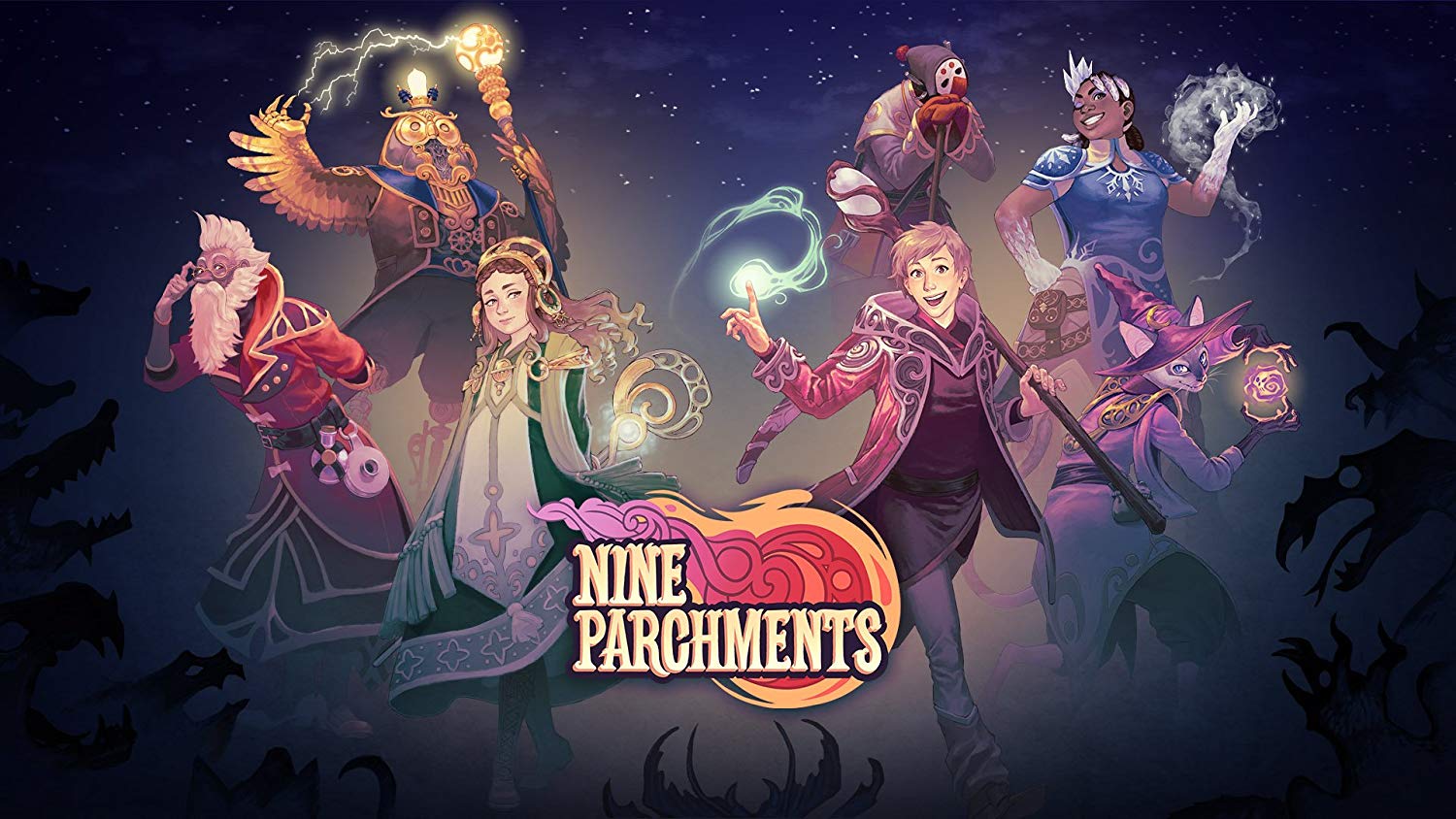 Sending a group of amateur mages out on an important quest has never been a better idea. 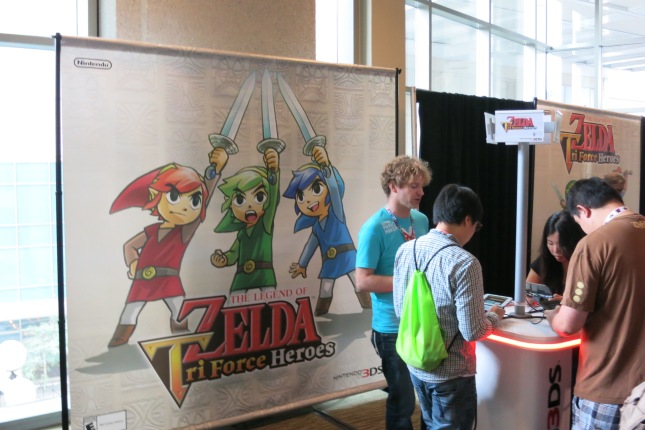 I’m happy Nintendo keeps revisiting the idea of multiplayer Zelda games. If you haven’t played any of the Four Swords games before (which I can totally believe, because getting together four people with a Game Boy Advance and Link Cable each, and a copy of the Gamecube game is challenging) then you’re actually missing out on something special. When there are multiple Link’s on the screen, vying for the same items, rupees, and points, things get chaotic. And it’s not like any other Zelda game, because the puzzles are totally different, the gameplay can take interesting twists not seen in other games, and it still remains Zelda and it is still fun!

Coming later this year is The Legend of Zelda: Triforce Heroes for the Nintendo 3DS. A multiplayer focused portable Zelda game isn’t anything new, but the way this game feels and the odd-yet-familiar approach to gameplay and puzzles certainly is. I was able to get a hands-on with the game during PAX Prime 2015 and have some thoughts to share with you on the newest entry in the classic series. END_OF_DOCUMENT_TOKEN_TO_BE_REPLACED

We’ve all had a couple months to get used to the controls of Nintendo’s newest video game, Splatoon. While the ink-filled madness has been capturing many a Wii U fanboy, maybe you’ve found yourself at the wrong end of the Splat Roller more than once. We’ve been tackling the game’s many levels, modes, guns, and more and have come up with a few tips that you can use to boost your skills, increase your rank, and generally not stink at Splatoon! Here are some pro tips to make you the Splat King! END_OF_DOCUMENT_TOKEN_TO_BE_REPLACED Point and click games are some of the oldest video games out there. Despite the tenure of the genre, we don’t see too many of them spring up nowadays, likely because we’ve moved past them in the medium. Technology lets us do a lot more with games, so the archaic ways of the past usually stay in the past. Once in a blue moon a fun point and click games does arise from the proverbial ashes to make me wonder why it ever went away in the first place. Enter Guilty Party (sometimes referred to as Disney’s Guilty Party), a point and click crime drama following a very socially inclusive family trying to get to the bottom of a heinous household mystery. If you are a Wii U gamer looking for sleeper hits or unknown greats for the Wii, I would easily consider this game a “Hidden Gem” that is well worth your time! END_OF_DOCUMENT_TOKEN_TO_BE_REPLACED

Free Play is back! Honestly I've been recording these videos for months now but haven't gotten around to finally finishing one until now. What I mean is there should be…

When thinking of the Fable series a few elements come to mind: your actions having a great impact on the story; a beautiful, changing world for you to explore and live in; and a satisfying feeling once you’ve completed your epic journey. Unfortunately these features are noticeably absent from Fable Heroes, a spinoff hack-and-slash downloadable title for the Xbox 360.

What Fable Heroes does offer is an accessible multiplayer driven experience that any gamer can pick up and play.

END_OF_DOCUMENT_TOKEN_TO_BE_REPLACED

What a guy! Nintendo’s portly plumber has saved the Mushroom Kingdom dozens of times, rescued Princess Peach whenever she was in peril, and even let his brother share the limelight every once in awhile, and now he’s throwing yet another massive party for all to attend!

Mario Party 9 is the first game in the series to come out in over five years and mixes up the formula quite a bit, without sacrificing the core Mario Party feel. If you’re looking for a reason to turn on your Wii, this is the best excuse since Skyward Sword.

END_OF_DOCUMENT_TOKEN_TO_BE_REPLACED

Konami has kept the retro-train chugging first with the release of the classic brawler X-Men Arcade, and now more recently with The Simpsons Arcade Game. Initially released in 1991, The Simpsons Arcade Game allows up to four players to take control of Homer, Marge, Bart, and Lisa in a quest to recover Maggie from the clutches of (who else) Mr. Burns. This is the first port of the arcade version to be released on home consoles. After more than 20 years in arcade obscurity, The Simpsons Arcade Game is finally here to let gamers relive one of the best games of the past.