The X-Men did it, Captain America did it, The Teenage Mutant Ninja Turtles did it, so why not Spider-Man? 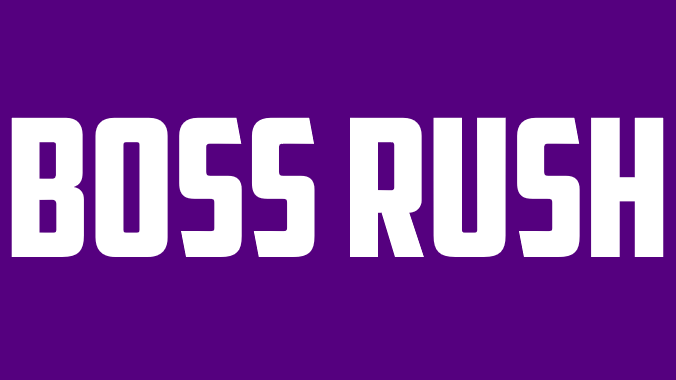 The newest post-25 Hour Livestream Boss Rush was last week. In case you missed it, catch all the video game discussions down below! END_OF_DOCUMENT_TOKEN_TO_BE_REPLACED

On our newest episode of Boss Rush, Laura joins in on our discussions about all things Spider-Man! Also, Jason tries Stardew Valley for the first time, Jett finished Mega Man 11, and Laura’s a pro at Nintendo’s newest mobile game!

END_OF_DOCUMENT_TOKEN_TO_BE_REPLACED

A massive haul from several Goodwill’s around the area helped to make this first official Sunday Roundup of 2015 a big one. There isn’t anything extraordinary in the haul this week, but there are some fun titles and some titles I’ve been sitting on for a long time. I also continued the trend of buying the entire Tony Hawk’s series someone keeps donating. Eventually I’ll run out of games/consoles I don’t have yet, so I’ll need to think of something else to do in the meantime.  END_OF_DOCUMENT_TOKEN_TO_BE_REPLACED

All kinds of craziness this week and last has lead to me not only getting a ton of new video games, but also having no time at all to post about them! Lucky for you, faithful readers, I’ll be posting two Sunday Roundups this week! On another side note, I realized after setting up my photography studio thingy that I missed five games to include in this week’s collection picture to the left! I’ve added them down below, but just a heads up. Also, this week, and especially next, i picked up a ton of games from eBay. Usually I swear of the site, but for the past few months (maybe even a year or so) I’ve been awfully dry in the game collecting market. I decided to take a stab at securing some of those harder to find titles online, and I was met with great success! Unfortunately, now that means I’m going to be shopping/wasting money on eBay more frequently now, which isn’t the best thing to happen… END_OF_DOCUMENT_TOKEN_TO_BE_REPLACED

Admittedly, I don’t get around to all that many garage sales. I really enjoy going out and trying to find treasures in some other person’s trash, but getting time off from work and actually having the day set aside to do so is harder than it sounds. But last week the deal-finding stars aligned, and Laura and I were able to hit up a few garage sales! We were in search of a new-old computer desk (which we did end up finding, although via Craigslist), but that didn’t mean I wasn’t keeping an eye out for games. Though nothing too crazy on this find, it only solidified in my mind that garage sales are a legitimate means to pick up a ton of games on the cheap! END_OF_DOCUMENT_TOKEN_TO_BE_REPLACED

Riding on the coattails of Scrooge McDuck and the HD remake of the NES classic DuckTales, I’ve been reminiscing about a lot of games from my childhood. And while yesteryear is strangely something I think about far more than a normal person should, this time I was beginning to wonder what some of my other favorite titles growing up would look like in glorious high definition. Though it’s strictly speculation and quite literally most of these will never be possible, it was fun to think of what could be. What should be, perhaps? But nonetheless, here are the top ten games that need HD remakes! END_OF_DOCUMENT_TOKEN_TO_BE_REPLACED

As 2011 comes to an end, I thought it would be a cool idea to look back at the year in games. Specifically, the year in games added to my ever-growing library. If you’re a frequent visitor to the site (I greatly hope you are!) you’ll no doubt know I do a weekly blog post about my newest games. So below I’ve collected every game I added this year (well, really only half-year, because I started this blog in late July). I’ve also linked any relevant posts I’ve done about said games, like reviews, Modern Classics, and gameplay videos. Enjoy the small retrospective, and here’s to another fantastic year in gaming in 2012!

END_OF_DOCUMENT_TOKEN_TO_BE_REPLACED

Not really a tradition and more so my tastes don’t really change, every Christmas I usually receive a few video games from my family. This year was no exception, and I am eternally grateful and pleased that my loved ones get me any gifts, let alone games that I really want to play! Here’s what 2011 did for Jsick this Christmas.

END_OF_DOCUMENT_TOKEN_TO_BE_REPLACED

The precursor to the Marvel vs. Capcom series, Marvel Super Heroes vs. Street Fighter was a good game that received a lame port on the PS1. Join me as I take a look back on this classic fighter.