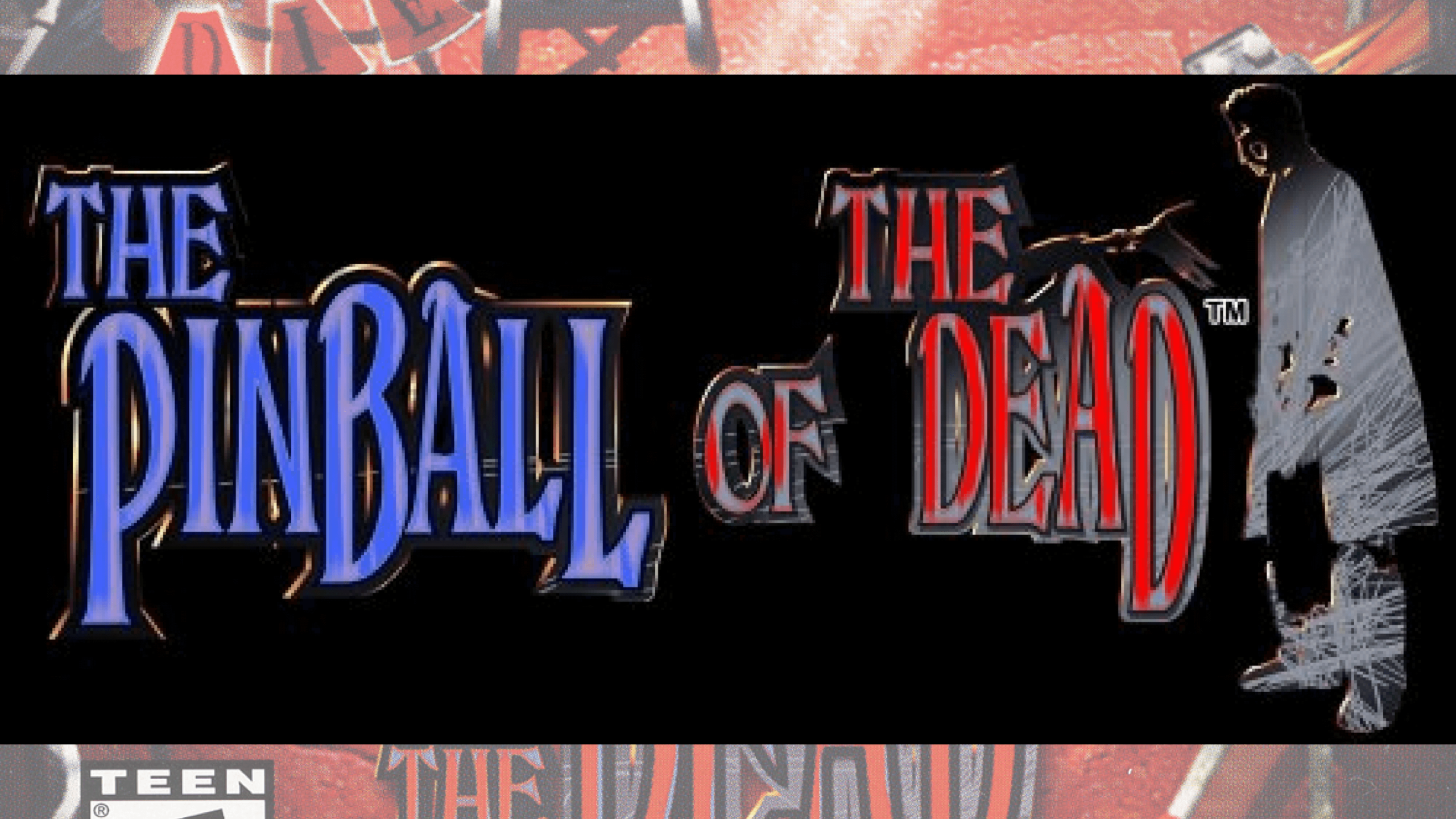 A couple weeks back I took a look at Mario Pinball Land on the Game Boy Advance and thought it wasn’t that good. Honestly, it was a downright disappointment. I had though Mario of all people could adapt to the Pinball landscape successfully, like we had seen with Sonic and Kirby and others in the past. Alas, I was mistaken.

Thankfully though, the GBA has a surprisingly high amount of pinball spinoff games. Instead of feeling down on the Mushroom Kingdom’s failure, I instead let out my sadness by blasting away zombies in Sega’s own Pinball of the Dead. Itself a spinoff of lightgun shooters House of the Dead 2 and House of the Dead III, Pinball of the Dead has you doing basically the same overarching goal of ridding the world of zombies, but instead of guns you have pinball flippers and multiball powerups.

It is immediately apparent what you are doing in Pinball of the Dead: You’re playing pinball. That probably goes without saying, but comparing this to Mario Pinball Land you’ll see what I mean. Mario’s game was attempting to be a Super Mario game that was somehow in a pinball landscape, whereas Pinball of the Dead is trying to be a pinball game with a House of the Dead skin. It is this latter styling that works better, as the developers can create a solid pinball game first, and then focus on adding the series-staple camp and horror.

PotD has 3 pinball tables available, each with multiple tiers, roaming zombies to dispatch, secrets to uncover, and even bosses to slay. Standard pinball abilities are present, like a multiball powerup, safety bumpers if you fall down a drain, and even a nice little nudge feature built right in. Multiple control options allow you to map buttons via a few pre-determined styles, and I found the L and R buttons to be the easiest to navigate while also allowing my thumb to use the Dpad to apply a nudge. The marriage of zombies and pinball work quite well here, thanks to fast gameplay, engaging board designs, and a “just one more try” feeling when you lose a life and want to take on that next boss. Extra points go out if you have played the Sega shooter games these are based on, because there’s a lot of references and fun nods to those games you’ll pick up on quickly.

My only major complaint with the game is that it’s over kind of quickly. This is a pinball game afterall, so once your three attempts end, it’s game over. I would have liked to see something like a campaign mode, or something where you’re attempting some continuous challenge instead of just pinball over and over. Don’t get me wrong: the pinball is really good! It would have just been nice to get something on top of that to really distinguish itself from the other spinoff pinball competition.

The House of the Dead franchise isn’t a stranger to the weird spinoff. The arcade and the Dreamcast saw a version of House of the Dead 2 replace the lightguns with keyboards and called it The Typing of the Dead. That is a game that has no right being as good as it is, and is absolutely something you should try to play. I think there’s a Steam port now, and there might even be a sequel! Sega’s zombies and heroes have shown up in other games as well: there’s a Curien Mansion tennis court in Sega Superstars Tennis, as well as a similarly named race track in the Sonic Racing series. A weird beat’em up spinoff called Zombie Revenge also exists, but it’s a lot more traditional compared to a pinball game about bloodthirsty zombies. All this goes to show Sega knows what to do with a franchise to have fun. Zombies are serious, but games can still be fun.

Having played this game so close to Mario’s, I think I’ll always remember how much more fun I had with Pinball of the Dead. It’s not only a better pinball game, it’s just flat out a better game. PotD is slightly more expensive right now compared to Mario Pinball Land, but I would say the additional $10-$15 is worth it. Mario looked pretty, but Zombies play better. Who’d of thunk?