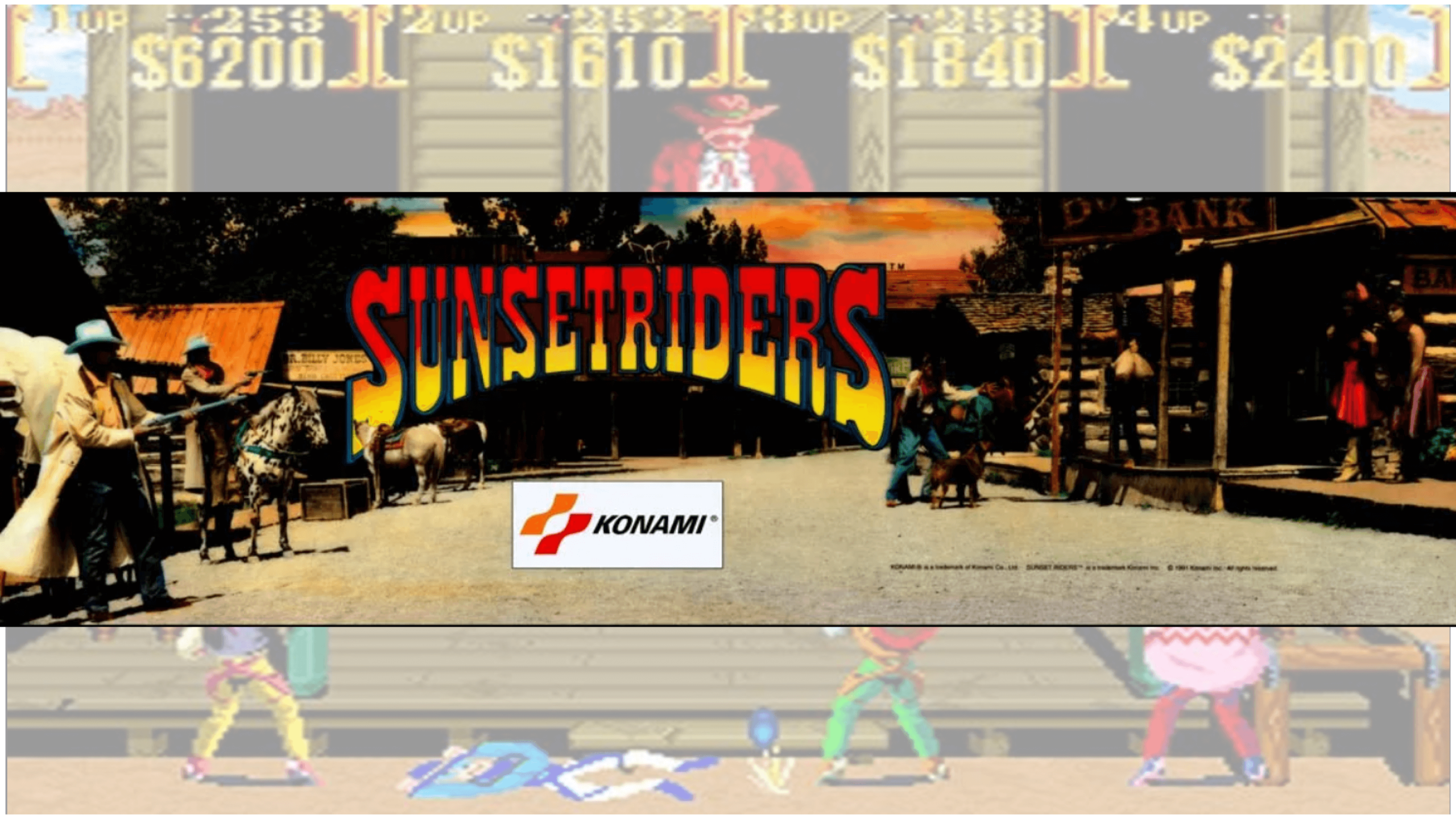 Growing up I never was able to find an arcade cabinet of Konami’s Wild West shooter/beat’em up hybrid Sunset Riders, but I sure heard about it in gaming magazines and culture. Folks pointed to it as one of the more unique games in the arcades, and one that had a decent home port on the SNES/Genesis, but like so many other games failed to capture the Arcade original’s excellence.

Thankfully I have since been able to remedy that missing piece of arcade experiences and have played Sunset Riders a handful of times. If you’re unfamiliar, it is unlike other beat’em up games in that you’re shooting bullets at enemies like you would in a side scrolling shooter while also dodging enemy attacks and navigating the world like you would a traditional beat ’em up. This immediately sets the game apart from not only Konami’s other offerings, but other arcade games around in 1991. Imagine seeing this next to The Simpsons or X-Men.

There are two cabinet variants apparently for the game: A 4-player one and a 2-player version. I feel like I’ve only ever seen the 4-player version out and about, which is how I would assume most people would want to enjoy the game anyway. Getting a group together to blast the bad guys is a fun way to spend some quarters, and expect to do just that: The game is pretty difficult if my memory serves me correctly, with some of the later stages having enemies seemingly everywhere. The bosses/Outlaws also are gimmicky and can surprise you if you aren’t already aware of what’s to come. Combining this with the weird walk-is-the-same-button-as-aiming mechanic, and the game is pretty tough at times.

Sunset Riders is a must-play if you’re a fan of Konami’s other beat ’em up offerings. Or if you’re at an arcade that has one and you have a few friends that want to play something together. The pictures here are from a barcade in Texas we were visiting, and honestly I can’t think of a better setting for a game like this! If you’re looking for the home experience, I believe the aforementioned Genesis/SNES version are there if you want to spend a fortune. Konami did release the arcade game via their Arcade Archives brand, so look out for that as it’s frequently on sale and offers 4-player offline co-op.

Now that “sequel” though… that’s a story for another time.

A World of Games: Battletoads