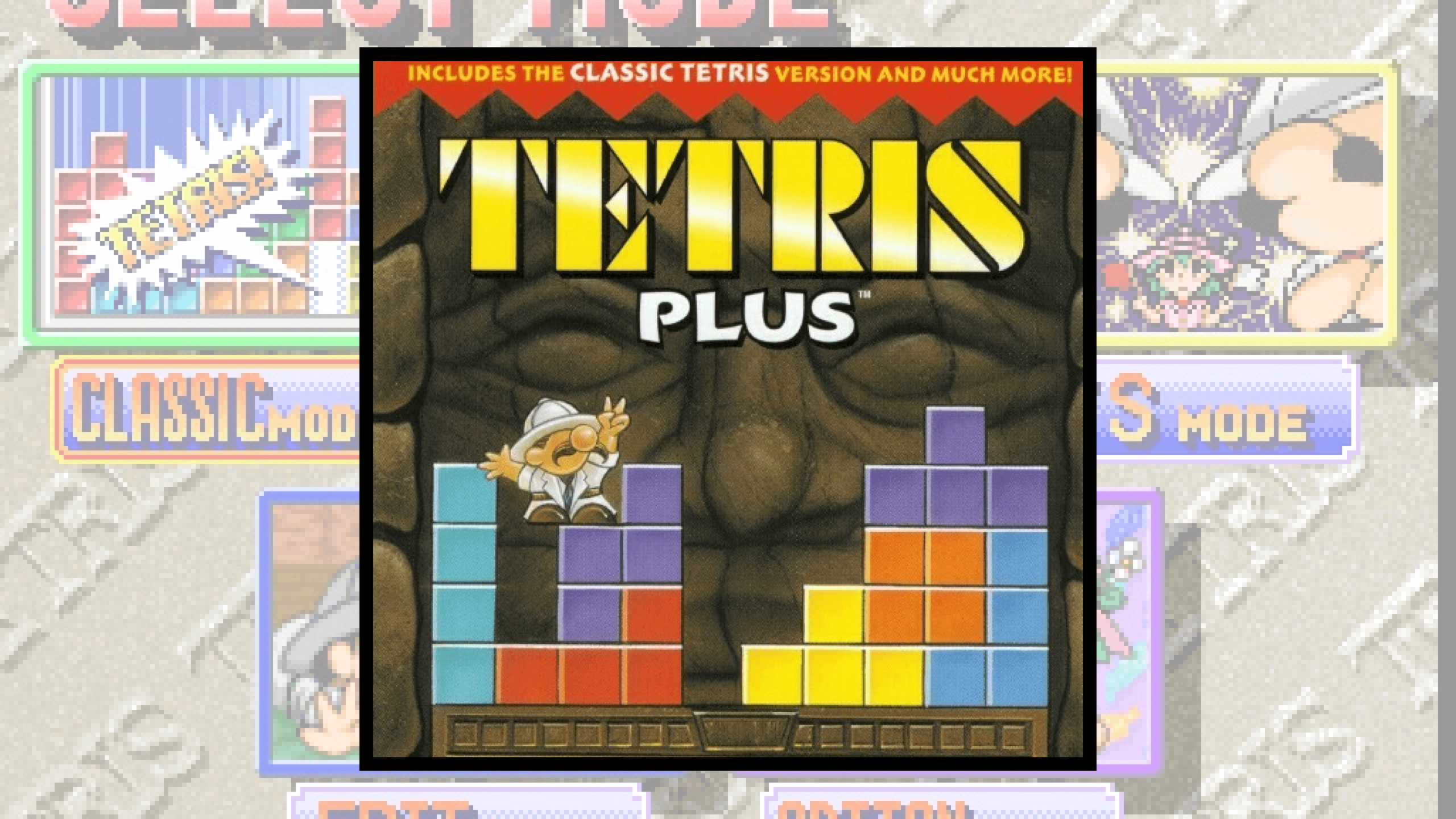 One of my favorite things to do with a group of friends is to go into the cabinet of games and pull out something new and random to play. Sometimes we get duds (M&M’s Beach Party) and sometimes we find actual winners (Pac-Man Party). But those games are traditional 4-player party games on the Wii. If we go even further back to PS1 games for example, we don’t always get 4-player games. But we’ll make do with our Cool Boarders and… Arthur: Ready to Race?

The best games, though, are ones that can be played shortly and passed to the next player. Racing games are solid choices, and so are puzzle games. Little did I know that is exactly what I wanted to play; on one fateful day we popped in the 1997 Playstation version of Tetris Plus and our friend group has been talking about it since.

At its core, Tetris Plus is, well, Tetris. You drop blocks from the top of the screen to the bottom, trying to complete solid horizontal rows to make the blocks disappear and earn points. It’s simple, it’s addictive, and it is everything you love in falling block puzzle games. A classic.

Perhaps what you could consider the “Plus” in the title is the addition of Puzzle Mode. In this mode, you’re still playing Tetris as you normally would, but now you have a goal of moving an archaeologist to a goal by creating pathways and gaps for them to maneuver. No longer are you focusing on clearing lines and scoring points. Instead you’re making small stairs for the little guy to climb on, holes for him to fall through, and clever ways to clear pre-populated blocks in order to avoid death by spikes. Yeah, it’s needlessly intense and I’m here for it.

Tetris Plus succeeds in its simplicity: the game’s Puzzle Mode remains simple and addictive. The animation is super retro by today’s standards but still holds some charm. The satisfaction of completing some of the game’s later puzzles is wonderful. Playing with a few friends (or at least one friend as the game does have a 2-player split screen option) can be a blast too, seeing one person figure it out while the other struggles indefinitely. Once you understand the mechanics, though, the Puzzle Mode is over rather quickly, and then you’re stuck with basically just a normal game of Tetris.

I think that last piece is why the game seemed to review poorly upon initial release (and why you never hear about it nowadays). Despite my enjoyment of the game being high, I didn’t pay full price for this game upon release. I am also playing it in 2022 when we have seemingly endless versions of Tetris to keep us company. Also the gaming landscape has changed drastically since 1997: it’s actually a totally normal thing now for games to be shorter affairs, only offering a few hours of entertainment targeted at group play over the sometimes complicated single player jaunts. With this in mind, I wonder if Tetris Plus would find a better footing if it were fleshed out more and released as a downloadable title for current consoles.

Looking at games releasing today I do not think it that wild of an idea to have a Tetris game with one changed gimmick becoming a small hit. A developer could get creative with the level design, add maybe even some competitive multiplayer option and modes, and heck even throw in a bonkers story about an zany archaeologist and their assistant to keep the game’s “Story Mode” moving to even wackier things. We live in a world where Tetris has crossed over with the Puyo franchise, has 3D and VR spinoff games, and even multiple physical board game version. It’s not that far-fetched to see a remake of a little 1997 gem that deserves a second chance.