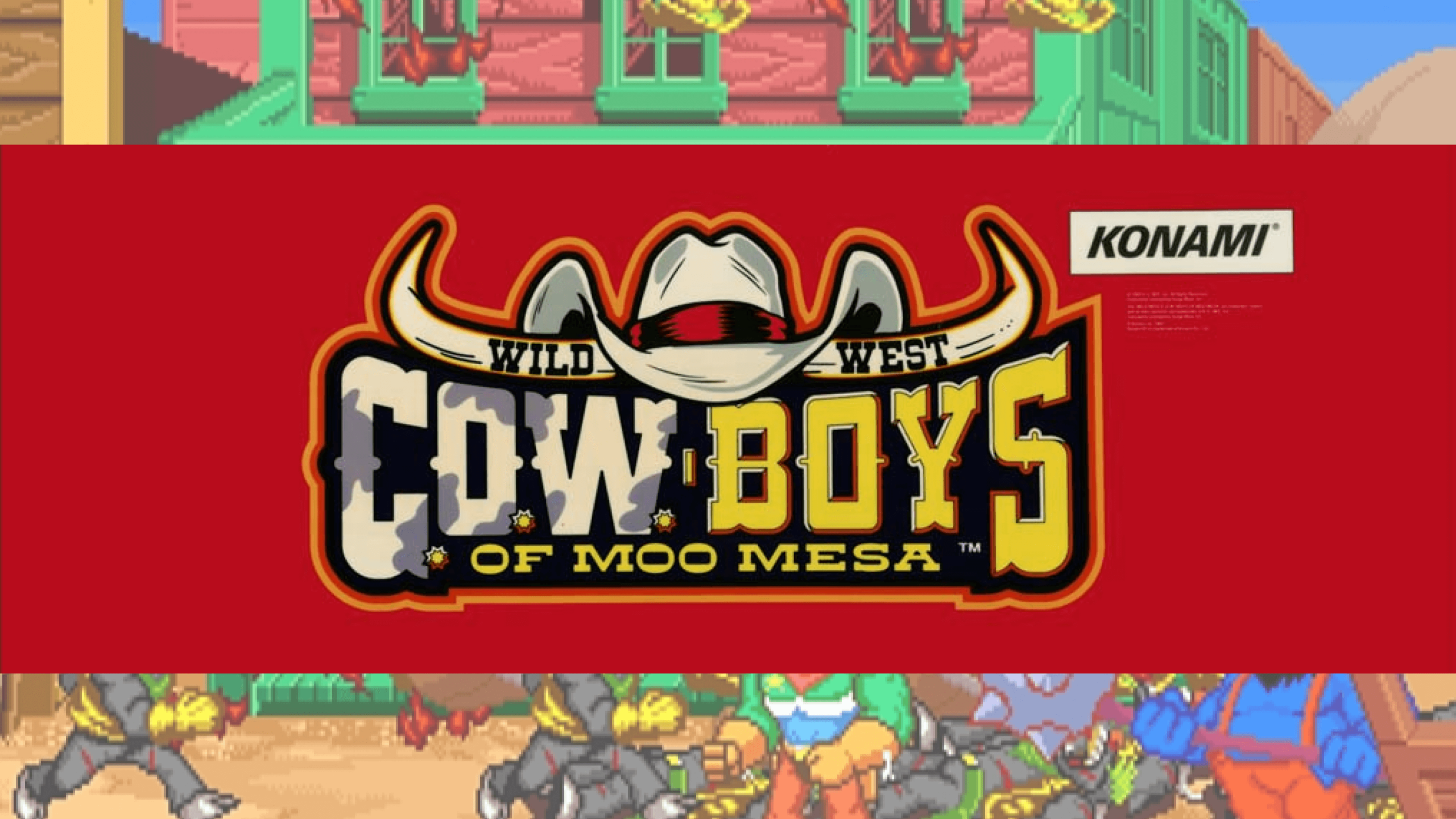 Sunset Riders is well regarded in the arcade community as a solid beat’em up/side scrolling hybrid. A couple home console ports and a Switch/PS4 re-release cemented the game as a classic. Though there was no direct sequel, many point to Wild West Cowboys of Moo Mesa to be a sort of spiritual successor to Sunset Riders. The two games have a similar setting, albeit one is with anthropomorphic bovine, similar gameplay, and a similar arcade cabinet setup. While Sunset Riders was kind of hard to find out in arcade-land, I have never seen an official Moo Mesa cabinet.

The one I’m playing here at Cidercade Austin is a conversion of some other cabinet, as nothing seems to be original. The marquee is correct, but the controller overlay and the sideart are both missing. Which is too bad, as I think seeing the original might draw even more people in! I wanted to show you all what that would be, so I’m linking an image from The Arcade Museum here for reference.

Cowboys of Moo Mesa is actually based off an early 90s cartoon series of the same name, that somehow went completely under my radar growing up precisely at that time and loving all things animated. As stated above, you’ll do many similar things to Sunset Riders, but the entire aesthetic is wrapped around the comical stylings of the cartoon series. An additional powerful running ability has been added to each playable Cow-Boy as well.

I want to draw particular attention to the boss battles. They are absolutely absurd. I’m assuming the enemies are based off those of the TV show, but you’ve got giant snakes, evil bovine, mechanical bosses… it’s something else. It lends itself to the creativity of the game, something I’m all about for arcade games. If that wasn’t enough to set it apart from Sunset Riders, you’ve also got a stage where you are literally flying around by hanging onto a bald eagle. Amazing.

I was hesitant to write about this game now, as I’m trying to make this series about games I’ve played and enjoyed on original hardware. While this arcade did have the game, it wasn’t original. Still though, I had never actually seen or played the game until that moment, and I absolutely loved it. Another 4-player arcade experience to enjoy with friends that comes highly recommended.

A World of Games: Sunset Riders

A World of Games: Pop’n Stage